Early on a Sunday morning, the roads are so empty in Tokyo that you can cross the entire city in about 30 minutes – a journey that can take half a day in peak-hour traffic. It took even less than half an hour for me to reach the Tokyo Prince Hotel in Minato a couple of weekends ago after a record-breaking series of green lights (actually blue) along Meguro-dori.

My goal for the morning was simple: cover this third themed Tokyo Coffee & Cars event at the high-end hotel before the rain arrived.

And as you see, the flavor of the day was anything Italian. Walking from a parking lot across the road where I had dropped my German ride for the day, the turnout was already looking good.

Even with 30 minutes to go before the 7:00am kick off there was a constant stream of cars flowing in.

The way I’m going to share these images with you is the same way I have done previously – in a big, flowing gallery so you can enjoy the visuals. I will, however, stop every once in a while to comment on some of the more special cars.

Much like right now, because how can I not acknowledge that someone showed up in what very much looked like Lamborghini’s 1971 Countach concept car.

While I’m sure it wasn’t the real thing, it looked pretty convincing from a distance.

Inside the carpark venue I immediately spotted a special corner for Zagato cars, but we’ll get to this in more detail shortly. First, let’s first savour some beautiful Italian metal.

Group B Surprise & An Eclectic Mix

Within three minutes of my fast-paced walk through the venue, I came upon this sight.

However, it was the Lancia Delta S4 next to it that made me go instantly weak at the knees.

I have seen this particular Delta twice on a main road not too far from my place, but both times I was traveling in the opposite direction and never managed to catch up to it for a quick look and a chat with the owner. It was good to finally be able to check it out.

The owner regularly drives the Lancia to meets around Tokyo, so it’s far from a garage fixture like many rare cars are.

Would anyone be interested in a full feature of this Group B homologation special?

As I’ve reported previously, the Japanese have a real fascination with the Giorgetto Giugiaro-designed Fiat Panda. While the most highly sought-after model is the 4×4, I was quite surprised to see a van version too. In the ’80s and early ’90s, this was the go-to van option for many service companies in Italy, like Sip, the country’s national telecommunication network. It was very strange to see this on Tokyo streets, and in true Japanese fashion it’s even been equipped with a sports exhaust to emphasize its performance.

There was so much Alfa Romeo love, but why wasn’t the GT Junior Zagato in the Zagato corner?

No, this isn’t something out of Wacky Races, but inspiration was possibly drawn from the 1960s American cartoon. This is a Ferves Ranger, which was built in the ’60s in Italy on a Fiat 500 platform in an attempt to create a compact off-roader. It had to be the rarest car at the event.

It couldn’t be a proper Italian-themed meet without a few Maseratis.

Finally it was time to take a look at the impressive Zagato design parade that was populating the upper right corner of the lot.

The cars were varied, starting with a pair of Fiats sandwiching a Giulietta Sprint Zagato.

However, it was this yellow Alfa Romeo that really did it for me. The 2600 ‘SZ’ Sprint Zagato was a larger sport tourer produced in the ’60s, and a real breakaway from the smaller cars that Alfa concentrated on making in the post-war period.

This Zagato design differentiated the model from the rest of the 2600 line up, elevating it to a whole new level with a design that put it on par with the Ferraris and Maseratis of the day.

The larger size also called for a bigger engine – specifically a 2.6-liter twin cam straight six good for 165hp in the SZ – a handful more horses than the same engine powering the lesser-spec 2600s.

At this time it would have been nice to see Alfa Romeo return to straight sixes, but it was short-lived, and normal operation returned at the end of the car’s production in 1968. The oil crisis hit the following decade, so it was a true bye-bye to larger motors until Alfa Romeo began playing around with V6s in the ’80s.

And speaking of V6s, the 1959 Lancia Flaminia Sport Zagato next to the Alfa was powered by one. This engine configuration was far from popular in the late-’50s era, but after all of Lancia’s experience with V4 motors, it seemed like a natural progression. This first series of the Zagato-bodied Flaminia is the rarest (only 99 made) and the most valuable.

It was parked next to a pair of Abarth 750 GT Zagatos, which are tiny in comparison, but equally unmistakable works from the famous design house.

We then moved onto the ’80s with an Alfa SZ…

… And a pair of RZs, pretty much re-skinned, short-wheel base versions of the Alfa 75, powered by the company’s 2.5L V6 motor.

Somehow a Bertone car was allowed to enter this rather impressive selection… If we want to be accurate about it, the Marcello Gandini-designed Countach was given to Horacio Pagani when he was a young designer at Lamborghini, and from that came this 25th Anniversary version.

This next intruder (there was also a red one a couple of cars up) is one we can forgive.

The Autech Zagato Stelvio AZ1 was based on the Nissan Leopard, and was one of those amazing-but-weird creations that the ’80s spawned. Autech never really met its 200-odd-unit production goal with this model, and only ended up producing around half the number due to spiraling costs and not much demand, but today it has become a sought-after collectable. The ‘Z’ on the wheels confuses the hell out of me though, and maybe that’s why not many liked it, perhaps thinking it was a new Fairlady Z…

With the Zagatos explored, I had to take a look at the Countach concept car. On closer inspection, I couldn’t actually be sure it was a replica, so I have some digging to do…

My morning ended with a surprise showing from a proper rarity in the form of a Cisitalia 202 Coupe.

The flowing Pininfarina design makes it look almost like a compact Ferrari, and usually these cars have a fender cover that hides the rear wheels, a touch you often see on cars from the ’40s.

The next Tokyo Coffee & Cars meet will be held in summer, but there’s no word yet on what the theme may be. French? American? Japanese? I’ll definitely be there to find out.

An insane collection of cars.

Yes to the Delta S4 feature! Also yes to one featuring that replica Countach concept!

The Autech Stelvio AZ1 is a really strange thing. The side view mirror embedded into the hood always fascinates me.

That's the first time I've ever seen Ferves Ranger with street-oriented tires instead of proper off-road tires. Although for driving around Tokyo, it makes perfect sense.

Love the yellow Coupe, do you see many modified Fiat Coupe’s in Japan?
I’ve just bought one as a project and would love some Japanese inspiration!

Quite a few yes

Awesome, awesome cars...
That japanese special Alfa Romeo 155 TI.Z between the Autech Zagato and the RZ would be a nice feature.

While a decent attempt, the Lamborghini concept is definitely a replica. The original car has a longer wheelbase and a slimmer profile. Not to mention, the car at this event had side windows that appear to be slightly concave. Whereas the originals clearly are convex. 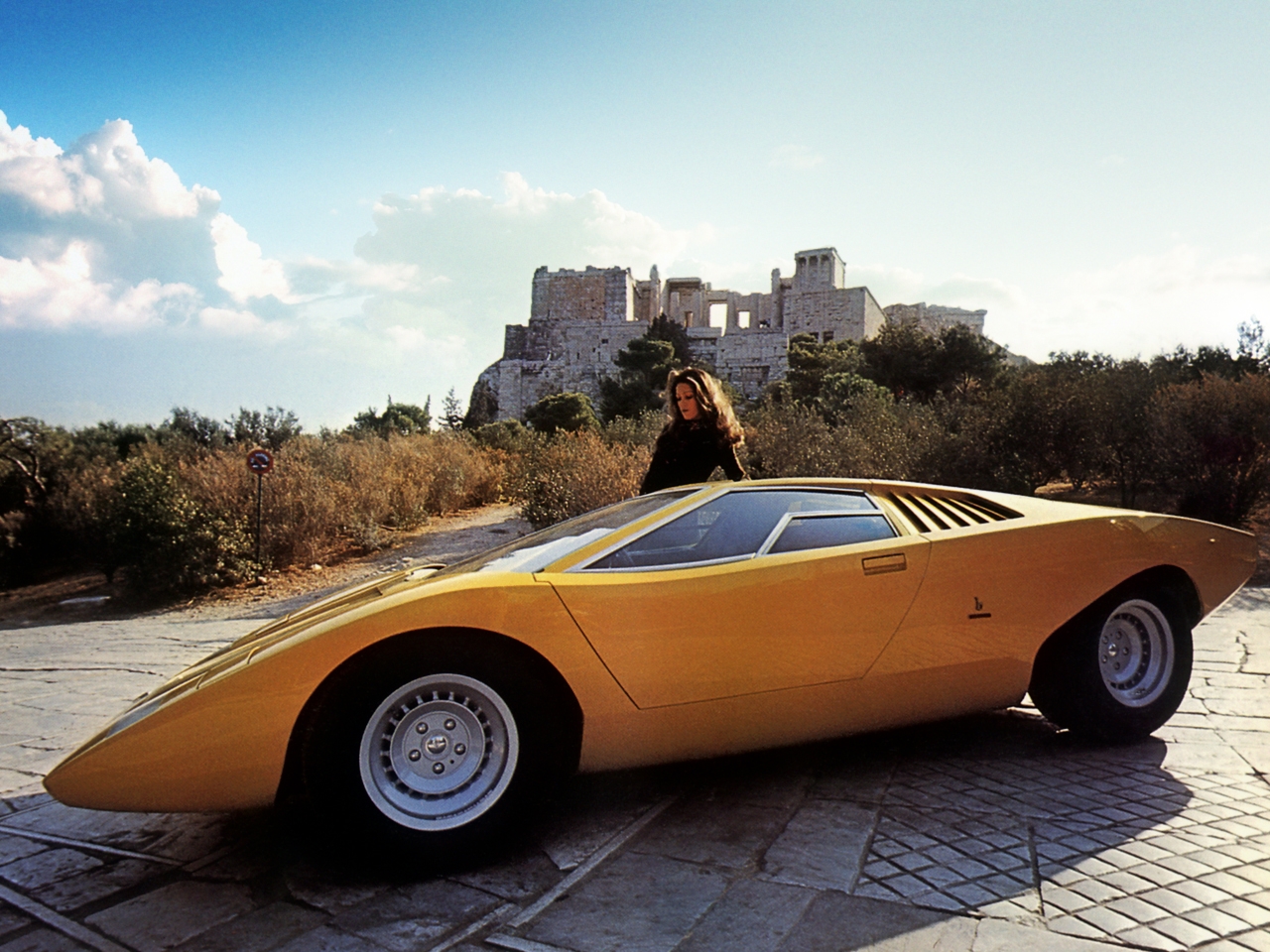 Oh, the wheels are different too!

Still amazing what was done. Need to find out why though!

Nice show! I had a kid on my school bus a few years back and his dad is the vice president of Ferrari finance for North America. My only problem with Italian cars is they tend to be "finicky." Or "diva." They require TOO MUCH maintenance. Reminds me of women. Great when things are good. Annoying as hell when they're not.

Seeing Italian cars in Japan is like the cherry on top

They do like their Italian stuff in Japan that's for sure!

The Ferves Ranger looks like a redbull soapbox lol:)

It is mesmerizing to think about all those rare cars hiding somewhere in Japan and coming out for cars & coffee.
Yes please! Delta S4 Stradale is something I'm very much looking forward to.

Concerning the Ferves Ranger: thank you for snapping a pic and posting it. Ever since walking past this little garage in Akihabara in May 2017, I've been wondering when this funky looking vehicle will ever find a way into your lens as well. In 2017 it shared the garage space with a Peel P50 and a vintage racecar of some description. 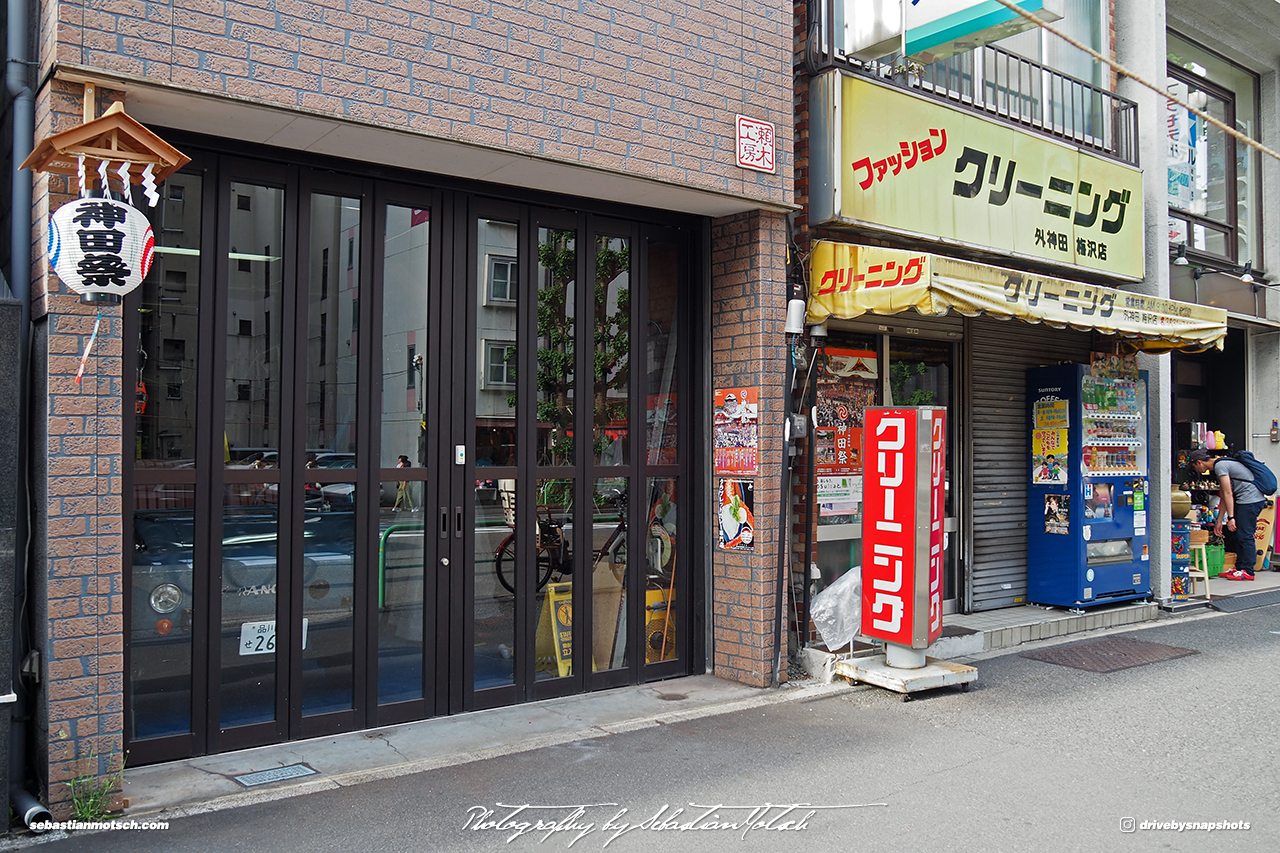 I've never seen one in Italy, let alone anywhere else

There is no debate for the Countach as the original one was used for a crash test to homologate the actual LP400, then the prototipo chassis was lost and nobody ever heard of it again, even the factory. There was a whole feature about it in Octane a couple of years ago.

About the S4 : YES PLEASE

Seems it was actually a custom made kit car

A big YES for the Lancia Delta S4 full feature.

Heck, do full feature for ALL Italian cars shown in this article. I bet all the readers would agree with me on this one. They are just shy to say it, right?

Haha, but it's true, so much goodness in one place

This belongs in a museum

It was literally a museum exhibition held outside lol

Of course... And your article too, as an NFT in that said Museum.

What a joyous selection of images and words. Thanks for sharing Dino. I miss Japan!

Sir,we need an article on the green Panda (1st picture) (i expect many things from Japan,not seeing one of these there xD)

The bumper stickers on the white Koenig Ferrari. Nice.