I don’t usually look twice at classic American cars, but when you come across one that’s laying frame and tucking big wheels, it’s hard not to pause and take a closer look.

It was in the hills of the Appalachian Mountains at the recent Riverside 5 Fall Meet, that a 1950 Cadillac Series 62 Sedan with character in spades stopped me in my tracks.

A quick chat with its owner Nate revealed a story that might be familiar to anyone that has tried to buy a car from someone who doesn’t really have any intention of selling it.

When Nate first laid eyes on the Cadi’ at a local car meet, he knew he wanted to own it. Offers were made on the spot, but the then-owner refused to accept any of them – the car wasn’t for sale. As it turns out though, a few years later it was, but by the time Nate found out about it, the sedan had already been snapped up.

They say ‘third time lucky’ though, and that certainly applies here. One day, while cruising Facebook Marketplace, Nate spotted the car for sale, and almost fell off his chair. He called up the seller right away and told him that he’d be over the very next morning with cash in hand. Finally his name was destined for the title.

Fast-forward five years, and Nate’s Cadillac project car is now well on its way to become the patina’d classic he envisioned it could be – a fusion of American muscle and Japanese VIP. Yes, really.

Nate is well aware that a set of curtains and a few other little Japanese details haven’t given it VIP status yet, however, the tables have been ordered along with a long list of other high-end luxury JDM items to really define this side of the theme.

The last piece of the puzzle is going to be an LS swap, and maybe a turbo, because why not, right? That’ll be the muscle side of the equation ticked off nicely.

Regardless of what comes next for this 70-year-old sedan, I’m looking forward to seeing the progress Nate has made on his unique project come spring 2021.

The Wheels & Fitment Of Riverside

[ STAY AT HOME & WORK AT HOME ] Start making money this time... Spend more time with your family & relative by doing jobs that only require for you to have a computer and an internet access and you can have that at your home. Start bringing up to $65o to $7oo a month. I've started this job and earn handsome income and now i am exchange it with you, so you can do it too. You can check it out here............ http://www.online103.com

if and when I find whoever is in charge of this bot, I will wring your neck.

Great car and plans, I hope it gets another feature in the near future!

Beautiful car, being slammed suits it so well.

Does Nate have an instagram? I'd love to see more of this thing

Really cool article. Next time could we get some interior shots?

Considering this was at a show, I’d think it’d be quite rude to just try to open up the owner of the Cadillac’s car door and start taking pictures

i mean you could have asked the owner..... I know you guys have been getting toxic comments lately but you don't have to be so defensive, Like i said it was a cool article. Keep up the good work.

Slammed Classic Cadillacs are always the best type of Cadillacs. I wonder how much attention this bad boy got

Track down the '64 Coupe deVille I sold to a man in Salzburg Austria, named Tom Höll. Tom deserves a feature. He owns a body shop in the beautiful Austrian mountains and has a pretty decent American car collection (working man's stuff, nothing ridiculous.) He lives in a timber house that is about 100 years old and has an American flag flying in his front yard and a tattoo of the Twin Towers with a flag flying blasted on his upper arm. He is not American, but loves the car culture.

What a lovely and unique idea to fuse American and Japanese vibes. To round it off, why not 1UZ-FE swap it instead of LS? This would nicely tie in with the outside USDM / inside JDM theme.

PS: Slammed Cadillacs just ooze character, like the one I spotted at the Roll'n'Flat weekend in Caorle (Italy) last year. 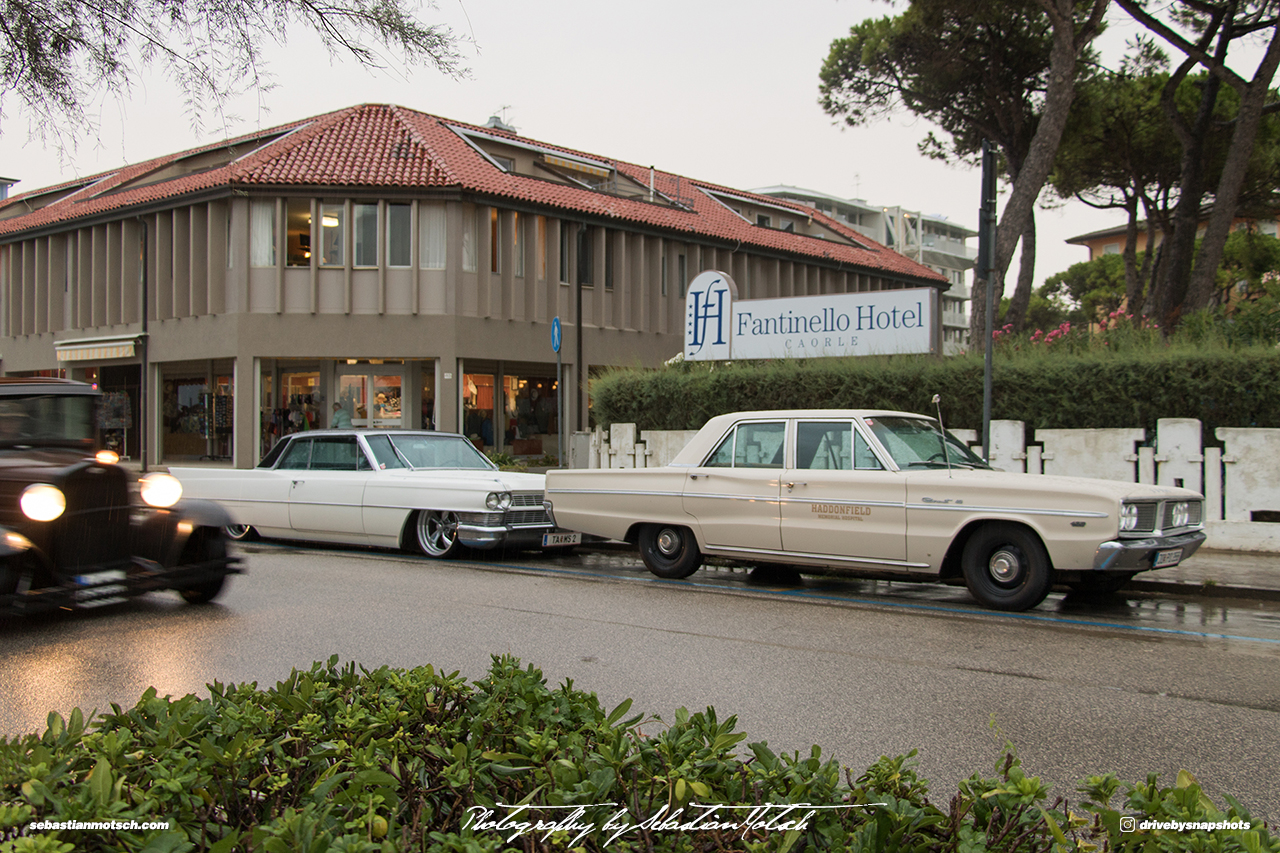 I built that car before the LS craze. I didn't even know what an LS engine was. I put a ZZ4 350 crate engine in it. 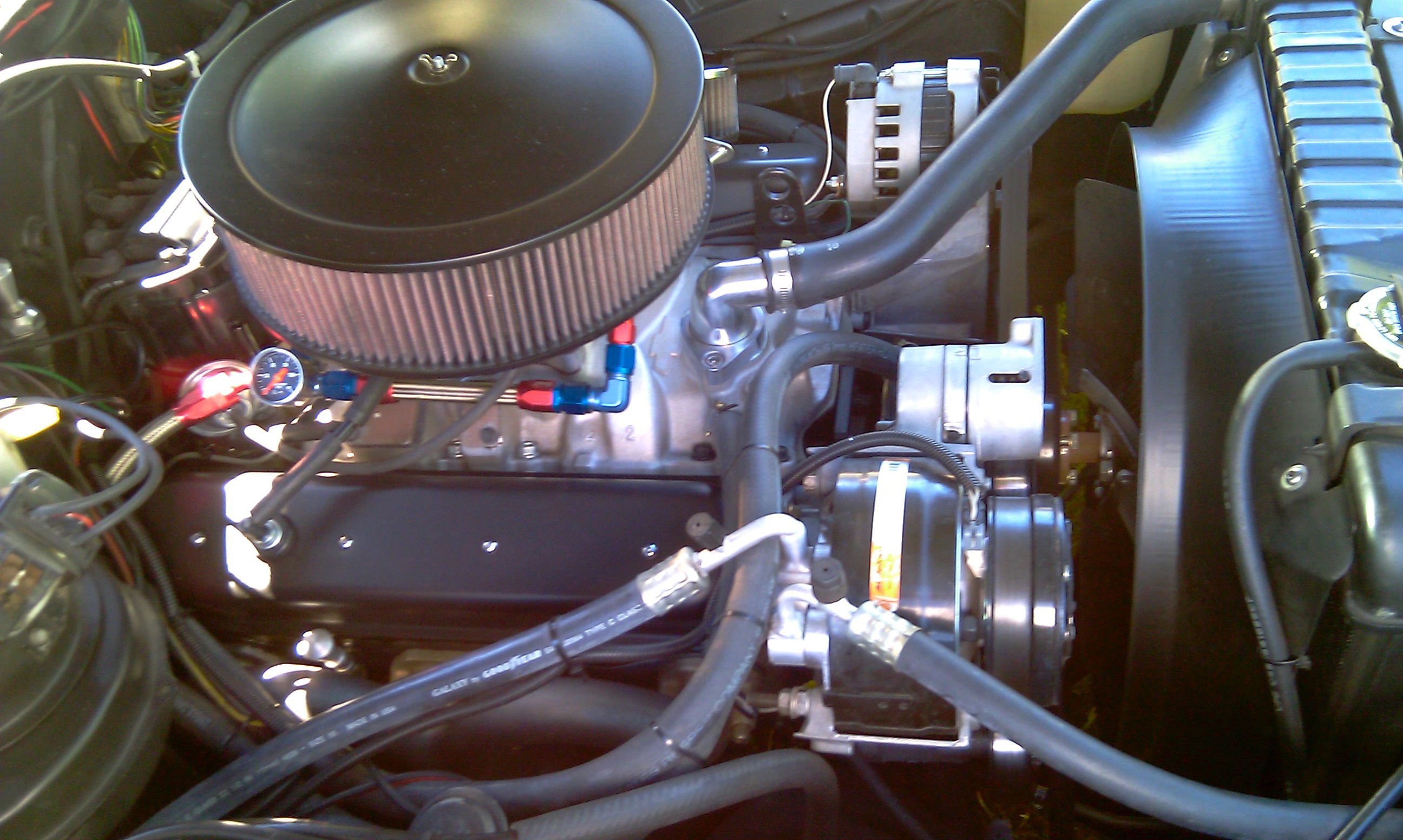 DUDE! THAT'S MY CAR!!! That's Tom and his brother Matthias. They go to Caorle every year. He sends me videos of my car...his car, going through the tunnels in the Alps every time because I mentioned how much I loved how the lights from the Treasure Island section of the Bay Bridge used to flicker off all the interior chrome.

I'd suggest 5V or 1GZ instead