As many of you already know, here at Speedhunters we tend to have a thing for the BMW E36 chassis. I’d say at least half of us have either owned one in the past, or currently own one. But what is it about the platform that draws us, along with many others in the enthusiast realm to such an iconic model?

Perhaps it’s the classic ’90s boxy styling cues. A rather simple design, but effective in the sense of leaving an impression with an iconic and unforgettable silhouette. Or maybe it’s the customizability aspect, given that there are literally hundreds upon hundreds of companies that offer aftermarket support, whether that be track, street, or even stance oriented. For me personally, the capability of performance is what helps the M3 speak out. And when you compare it to its more expensive competitors, the value in the chassis becomes even more obvious.

But the real answer behind it is actually a combination of everything noted above.

With so many possible directions to take, you can build a personality of your liking to suit the chassis, and it will do so with confidence. This key characteristic is what defined Shafique Bhimani’s decision towards not only purchasing the E36 M3 he mused over as a child, but also building it up to be what he envisioned as the ultimate and true ethos of the famous three-letter BMW acronym – CSL (Coupe Sport Leichtbau).

“I’ve always been into cars,” explains Shafique. His youth followed the same influences that many of us often relate to – collecting Hot Wheels, dreaming about all the rad stuff we’d see in video games and on TV. However, Shafique found his niche within European cars very early on, specifically with the E36 M3.

“I’m not sure why, but the boxy, sharp lines of the E36 just called out to me. This was in an era of FD RX-7s, MkIV Supras and C5 Corvettes, which all resembled sleek and modern styling. But something about the classic lines of the E36 seemed timeless to me. And it was shortly after that I started following sports car racing, and BMW’s dominance and contention was almost laughable. How were these box-shaped passenger cars dominating ‘true’ sports cars like Corvettes and Porsches? All of this had me set on owning and building one some day.”

Good, But Not Yet Perfect

Upon acquisition, some might argue that the M3 Shafique bought already ticked all of the right boxes. It started out as a very clean, low-mileage example rocking a T-trim Vortech supercharger with water/methanol injection on the stock US-spec S52. With 380whp at his disposal, Shafique sure as hell thought so, and took to the track to see where further improvements could be made.

It was during his first few track sessions where Shafique came to realize that the combination of high heat and hard driving doesn’t necessarily make for the best conditions on a forced induction car. Issues with the cooling system and supercharger belt slip made for an inconsistent track experience, ultimately hindering Shafique’s ability to improve his skills.

After some thought, the decision to go S54 made the most sense for the type of spirited driving he was doing. And it was at this point that the car was sent over to Castro’s Motorsport in North Hollywood, California where Chris Castro would complete the heart transplant that lasted nearly six years under very hard driving circumstances.

As the years continued to progress, so did Shafique’s M3. With the help of the folks at Performance Technique, Shafique carefully calculated accompanying mods that would further improve the car’s capability, whilst keeping the CSL ethos in mind the entire time. The M3 underwent drastic improvements to the chassis, the interior, the suspension, the bodywork, and everything else needed to support a better driving experience on track. But as we know, once you’re stuck going down a rabbit hole, it’s hard to turn back. Realizing this, Shafique decided that the build deserved its final cherry on top – a monster of a heart.

When you’ve invested as much time, money, and effort on a childhood dream car such as Shafique has, all logical thought processes dwindle away, and in return, ultimate performance becomes the focus. Cue Steve Dinan.

Shafique chose Dinan to build the motor for various reasons. They have a strong reputation in the BMW world and at this point are a common household name, but Shafique describes the main reasoning best: “After meeting with Steve Dinan and chatting about his plan for the S54 build, it all hit me like a bag full of bricks. Steve is a driver, through and through. He drives incredibly hard – like a maniac most of the time – so it’s no wonder he builds machines to last and handle the abuse.”

It’s funny that Shafique mentioned this, because if you’re a Bay Area local, and more specifically are into BMWs, you’ve probably heard of Steve’s M5 test drive story on highway 280…

200mph myths aside, Shafique’s motor runs forged pistons and connecting rods, a custom billet crank, dry sump, 288 and 280-degree cams, and an entire laundry list of other upgrades. I regret to inform everyone that I wasn’t able to get any sound clips of this beast, but I can assure you that it sounds like a cammed V8 at idle, loping heavily around 1,400rpm. But the second it reaches the power band, the carbon CSL air box and custom exhaust sing together in holy matrimony, making the most glorious noises you could ever expect out of an 8,500rpm-capable inline six. And with 380whp and 303wtq at just over 8,000rpm, it’s not all just noise.

It’s safe to say that the CSL name behind Shafique’s build has been earned. He wears it proudly on his plate, and plans to continue using it the way it was originally intended to.

As Shafique notes: “I see this build as a tool still at the end of the day. A very pretty tool… It’s not a show car, and it’s not some uber-rare special model. It’s a car I can drive hard, but is still very special to me. It’s the only material thing I’ve chosen to hold on to for over 11 years now.”

I love hearing that. Shafique’s M3 has become an extension of himself. Something that is unique and bespoke to him, and though not entirely irreplaceable, still very hard to replicate.

This is what makes E36s so special. I’ve come across so many owners over the years that have this same mentality, and it’s honestly refreshing to hear that people are able to live out their dreams with these cars, whether it be building your ideal version of a CSL, or keeping a pristine showroom-quality example in your stable. It all comes from being able to express your own personality through these cars, and not many other platforms can offer that. 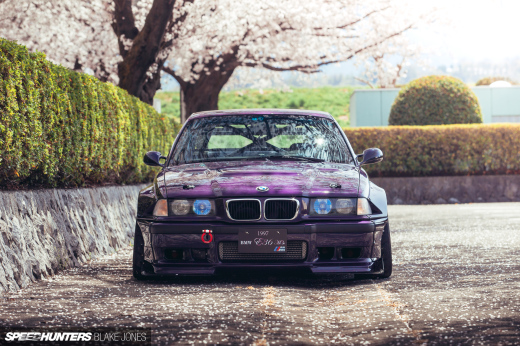 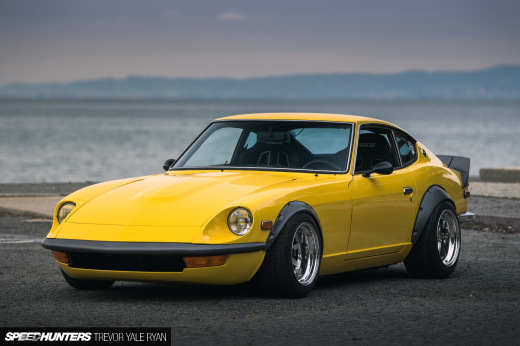 Naveed I was in the middle of reading and enjoying your photography then I stopped and said. Wait I have to tell him. You are blessed by Photography Gods.
the images feels like I am right there on the shoot it self.
Great story but even Better Pictures make it Amazing.

What strikes me on these great stories is that they are ones of long-term investments. Some experiences in life are only to be had with certain dedication. These are the true builds

that looks like such a fun car to drive , real nice work right there

Not fan of e36 design. For me one of ugliest gen. But this one looks great.

One of my attainable dream cars, and the styling is a big part of that. Very well executed. I love that he's held onto it for so long, as well.

What is the story with Steve's test drive. Never heard it, and can't find anything about it on the internet. Also Shafique's car is awesome! Thanks for the pictures!