The theory that every person is only six connections away from anyone else on this spinning ball has always seemed a bit far-fetched to me – at least in the ‘real’ world. In the global car community, however, I’ll be damned if it isn’t true.

Keiron tracked down this 1992 Nissan Skyline GT-R a few years ago while in Ocean City, Maryland. While it’s not entirely unreasonable that I would know a few people in OC, in town for the show once called H20i, I wasn’t expecting to be previously familiar with this car.

A quick call to its owner Chet later revealed that not only had I actually seen the car in person before, but that it also started its life in North America, less than 30 minutes from my front door.

This Skyline is Chet’s 15th car, and he admits that he went through “a lot of crappy Volkswagens” before committing to his dream vehicle in 2015.

It arrived via Canadian importer Right Drive, and as the specialists there began replacing belts and refreshing the fluids, Chet hopped on a train to Ontario.

On Right Drive’s end everything went to plan, but on Chet’s the wheels came off pretty fast. Before crossing the border his cell phone broke leaving him in radio silence. Thankfully, he had the foresight to pack his laptop and was able to use a few hotspots and pay phones to connect the dots.

Technological failure was soon compounded by the wrath of Mother Nature as the skies let loose with full fury. Imagine for a second you’re driving your new right-hand drive car home for the very first time, from one country to another, in the pouring rain. Then imagine doing so on tires that would have better served as hockey pucks.

All said and done Chet and the car made it back home safely, and this experience marked the first of many memorable drives the two have shared in the five years since.

It took Chet six months to track down the GT-R that was right for him. The aim was to net a vehicle with relatively few modifications, therefore providing a clean slate for whichever direction he chose to take. Chet also didn’t want a car that was white, black, or grey; those colors were too common.

Under the car’s current livery is a very stunning, and somewhat rare, TH1 Dark Blue Pearl paint job. Unfortunately, on the way to a show an ambitious deer decided to try its hoof at body work.

Bambi was a little heavy handed, to say the least, and despite Chet’s insurance company doing their best to dissuade him from continuing with the project, he pushed on.

With no help from the company taking his money in case of an accident, Chet painstakingly tracked down all of the correct OEM panels himself. Pearl paint can be notoriously difficult to match, so this issue was side stepped with an idea Chet had for the car shortly after it landed.

The classic HKS livery is both iconic and recognizable among even the most casual of car enthusiasts. It’s retro, but not so much though that it is looks hopelessly lost in the past.

Fairly abstract in its repetition, the design can be tailored to pretty much any vehicle. Considering HKS campaigned a Skyline with this same livery, few will argue that it’s not becoming.

Chet’s design was done by Tom Clark and draws influence from several HKS race cars. To achieve the look, the GT-R was wrapped gloss black before the various patterns were painstaking applied by hand. “I think Tom was pretty sick of it near the end, but the car turned out phenomenal,” Chet says.

If you can’t tell by it’s proximity to the ground and wheel selection, Chet built this car for cruising rather than circuit racing. He hasn’t ruled out a transition to performance driving in the future, but for now street enjoyment is the focus.

Custom air struts made by Broadway Static Suspension assist in making long road trips possible. At the time Chet put the Skyline on air there were no off-the-shelf applications available, so Broadway did their R&D on this very car.

To get the car close to tucking without cutting into the sheet metal excessively, Cusco camber arms and front upper control arms were installed. The upper arms and lower strut mounts were also further modified to get those extra few inches closer to the ground. Devin Larson of Hood Built Co. did most of the work here, including the 3.5-inch oval exhaust that runs from the Blitz down-pipe through to the back of the car.

Affixed to the wing is a Fujimura Auto Rocker Dancer Gurney flap, a homage to Chet’s appreciation of E30 BMW M3 Evolutions.

The inside of the car has seen a small number of modifications, but none that take away from its street-going manners.

A Personal Grinta Black Edition steering wheel is mounted to a Works Bell quick-release hub. To better match the livery, the front seats have been replaced with Recaro SR3s wearing the iconic confetti pattern. Plans are in the works to re-trim the rear seats to match, in order to maintain a visual flow throughout the entire vehicle.

An RB26DETT remains under the hood and it’s been given the HKS treatment with accessory belts, timing belt and cam gears. Currently, A’PEXi intakes feed the factory turbos, but plans are in the works to swap those for period correct HKS items.

Finally the wheels, OZ Futuras, which in my opinion is one of the best five-spoke wheels ever spun into existence. The faces for this custom set were imported from Germany and were actually Nissan fitment to start. Chet since had the wheels up-sized from 17 to 18-inch. Tom, the same genius behind the livery, also made the gel caps for the now 18×10.5-inch +6-offset and 18×11-inch 0-offset wheels.

Since committing to the livery, Chet’s passion for collecting HKS items has only increased. He’s currently the owner of two HKS umbrellas, one pair of HKS shoes, a race-used HKS pit suit, and a pack of HKS Original Cup Noodles (yes, really) that he never plans to eat.

This is to say nothing about his growing collection of rare OEM Skyline components.

Throughout our conversation, as Chet documented the various small and not-so-small detours he and the car had taken, it was clear he’s developed a real connection with the GT-R despite the bumps in the road.

“The car is a forever project and I’ll never be done with it,” he says.

who would want to end a GTR project aside from Naveed just kiddin hahhaha I love project 912six hahahaaa i'm still waiting for new updates to read and enjoy my coffee.

That raised and gurney flapped spoiler looks far better than any wing. Love it.

"If you can’t tell by it’s proximity to the ground and wheel selection, Chet built this car for cruising rather than circuit racing."

Traduction: this car ride and handle like shit. Just say it as it should be.

I don't think "custom air struts" = bad handling lol. Yeah, obviously the car isn't set up for track driving but to say it rides and handles like shit is a little bit far

But that is not how it should be written. It's not an optimized performance oriented set up, that much is obvious, but air suspension does automatically equate shit handling or ride.

Love seeing this car. Love the wrap. Do what you want and enjoy the ride. 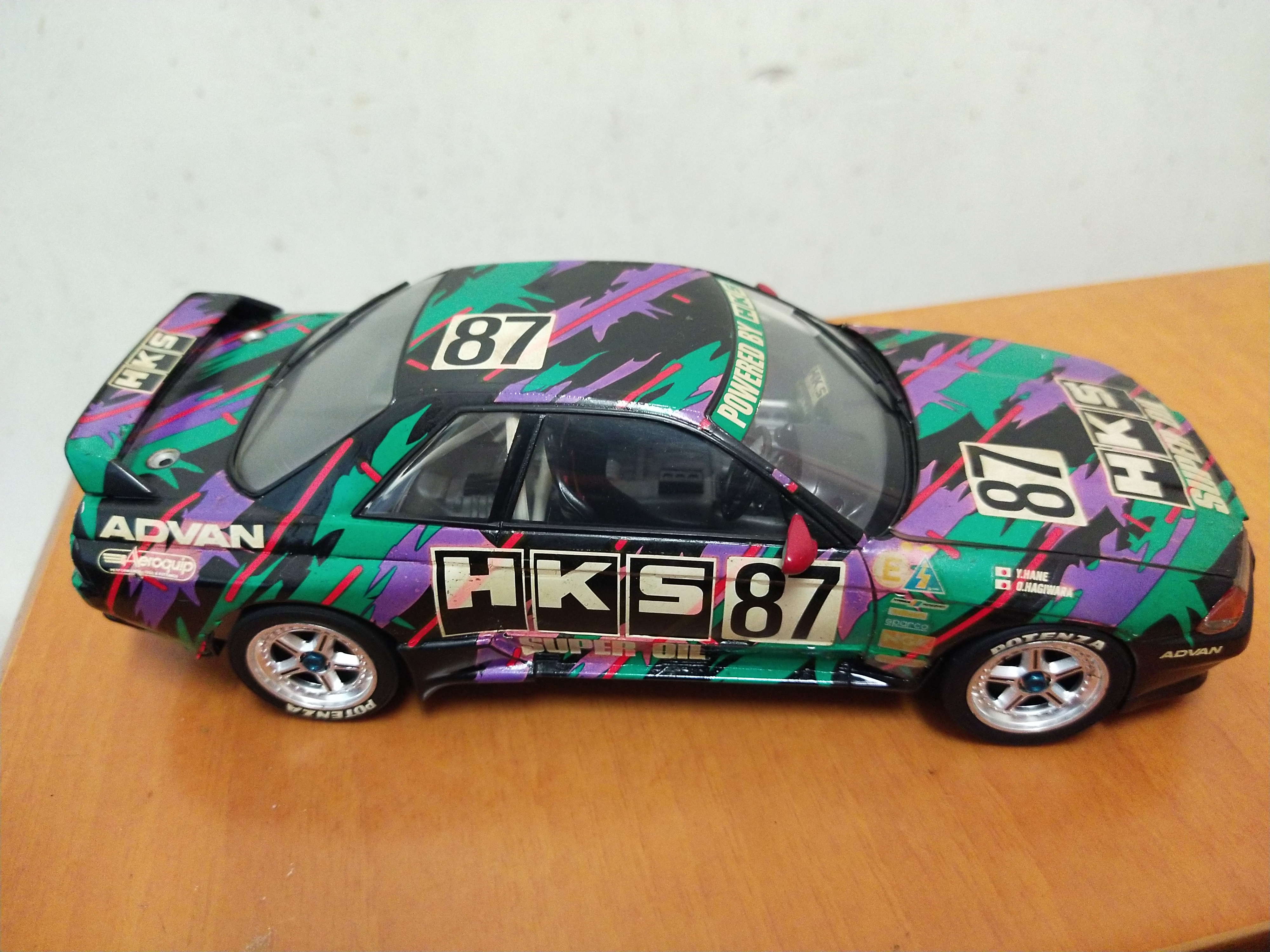 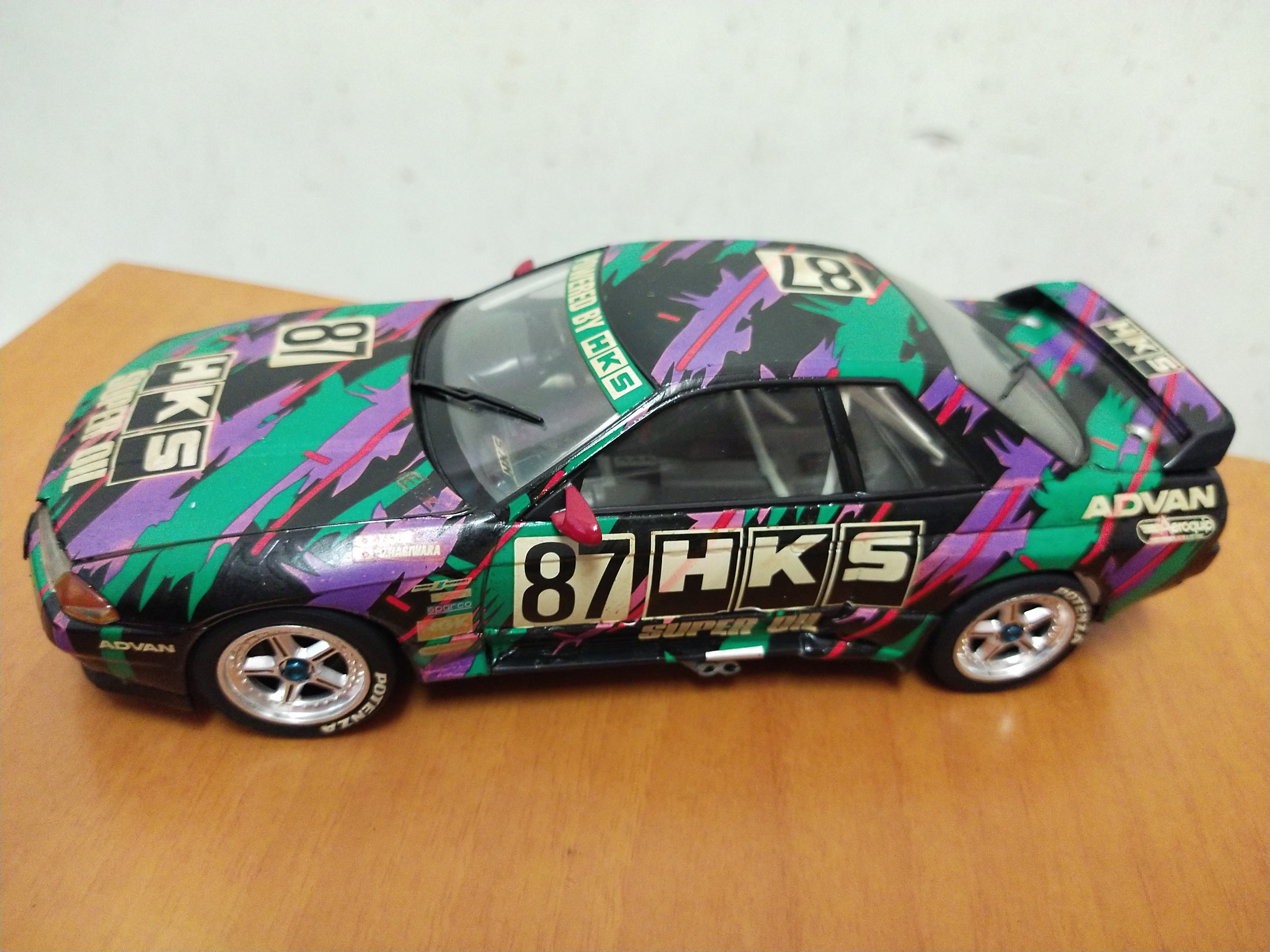 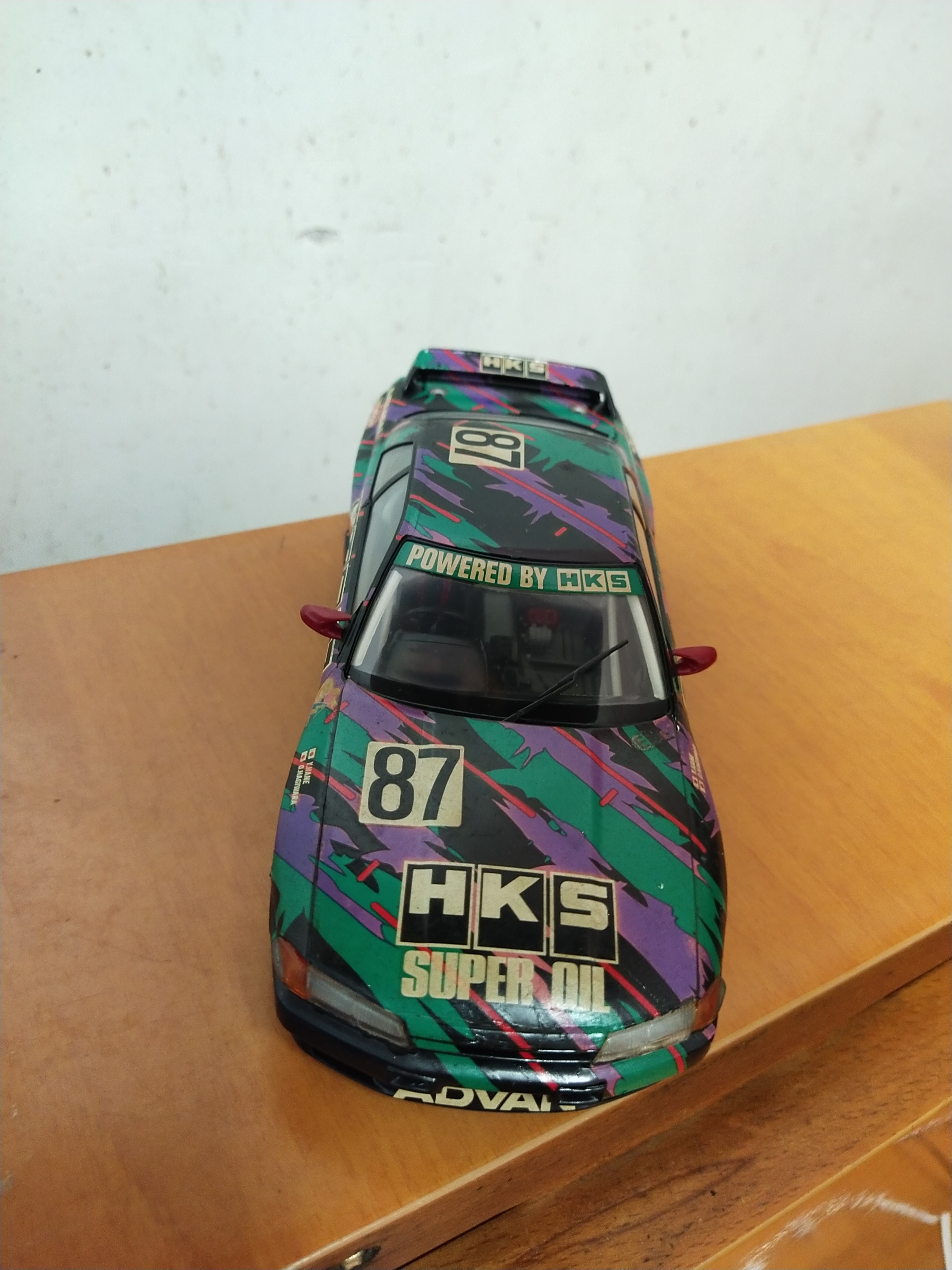 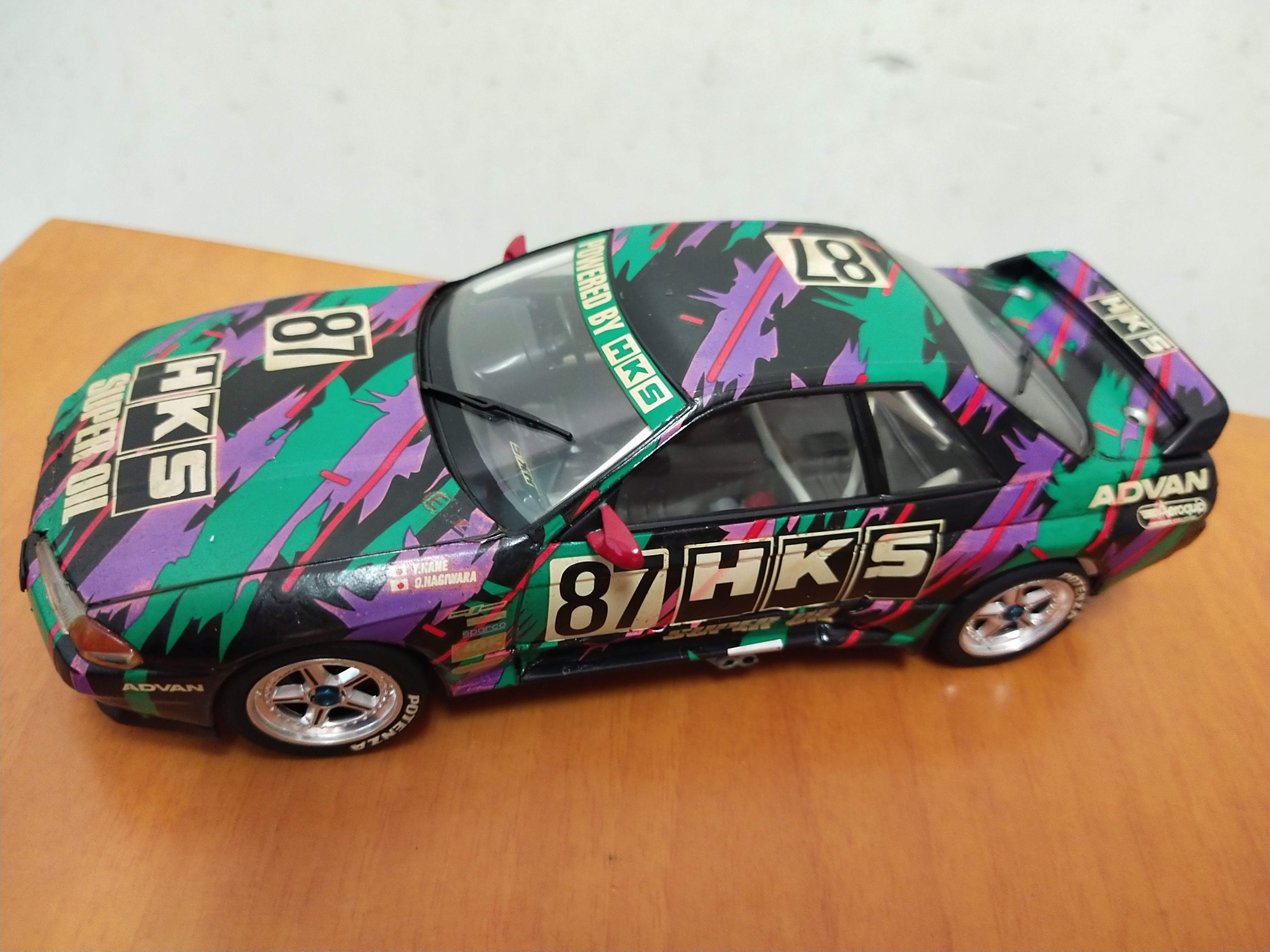 i just want those custom shoes...

With the HKS Livery, Air suspension and pokie wheels, this car is giving me mixed signals. It must be female

Seems all you need is a vinyl wrap in a jdm theme and you get on this site.