I’ve always been a fan of the Volkswagen Beetle, even before I was really even a car enthusiast — whatever that is.

The point is, it seems just about everyone is a fan of older VWs; car people, old people, young people, environmentalists, anarchists, techies… Whoever you are, however you identify, whatever you’re into, you probably wouldn’t say no to an old school Volkswagen. Eighty years on, the legacy of the Type 1 is alive and well.

So what makes these simple, ever-present, and quirky cars so timeless?

If you think I have an answer to that question, I don’t. Just like people, old Volkswagens are complex and dynamic creatures. There’s no one-size-fits-all solution to owning one, either, and that’s where my mind has been wandering as I look back on these photos from Old School Imports Hawaii’s impromptu meet from last winter.

I won’t pretend to have a deep involvement or a true understanding of the VW community, but from the outside looking in, it seems that a group present in all other automotive circles is missing here: the purist. Sure, there are those one-off examples — like the 800-mile Bahama Blue ’77 that Seinfeld recently purchased — that have been, and will continue to be preserved.

But whenever I’ve seen an group of Beetle owners together in one place with their cars, I can’t say I’ve ever seen a completely stock Type 1. Yet, looking at nearly any other make or model, it seems there is always a group that’s hell-bent on preserving them.

Let’s look at the extremes for a moment: Classic Ferraris, rare Porsches, Jaguars, and the like; there’s sort of a singular ‘accepted’ way to modify these cars, if you do at all. Moving down the spectrum, the American muscle car is an interesting group to consider. Some folks like ‘em stock, others go all-out on the modifications, and everyone gets along. You go to a car show, and you see a smattering of examples of Mustangs, Corvettes, and more in every imaginable guise.

But when it comes to the Beetle, anything and everything is fair game to just about everyone. It is as if it’s actually a requirement that you put a personal spin on yours, and I love that.

This goes back decades and decades, helped by the fact that the Beetle never was an expensive car — that was the whole point, in fact. The widespread availability of the chassis just fueled the fire when the ‘California Look’ caught on as early as the ’60s and the cool outlaw-esque West Coast vibes became synonymous with the little cars.

Most aesthetics die a hard death, but not the ‘Cal Look’ one. And the Beetle certainly hasn’t, either. A car that will forever be seen in parking lots across the world, scrapping the ground, souped up, safari-style, wearing primer, rusted out, restored, rolling on Porsche wheels, with funky seats, a flower vase on the dashboard, or whatever suits your fancy.

A bit wonderful, isn’t it?

Miami Nights: The Art Of Lowriding

The Type 1 Beetle would be the kind of car that will live on way longer than most humans. I can see it being past 100 years old and still be enjoyed by many more generations to come.

Strangely, classic bug is much much appealing than the modern ones. I for one, 100% agree with that.

Hi Trevor and Sara, well said. Most Beetles you tend to see online or at certain meets give the impression that almost all of them are modified in one way or another. However, over here in Germany it seems that the aircooled VW scene is divided between hardcore originalists that even fret over a screw having the wrong head and folks modifiying their rides, similar to what you show in the nice pictures from Hawaii.

Which camp do I gravitate to? Take a look at this picture and guess. 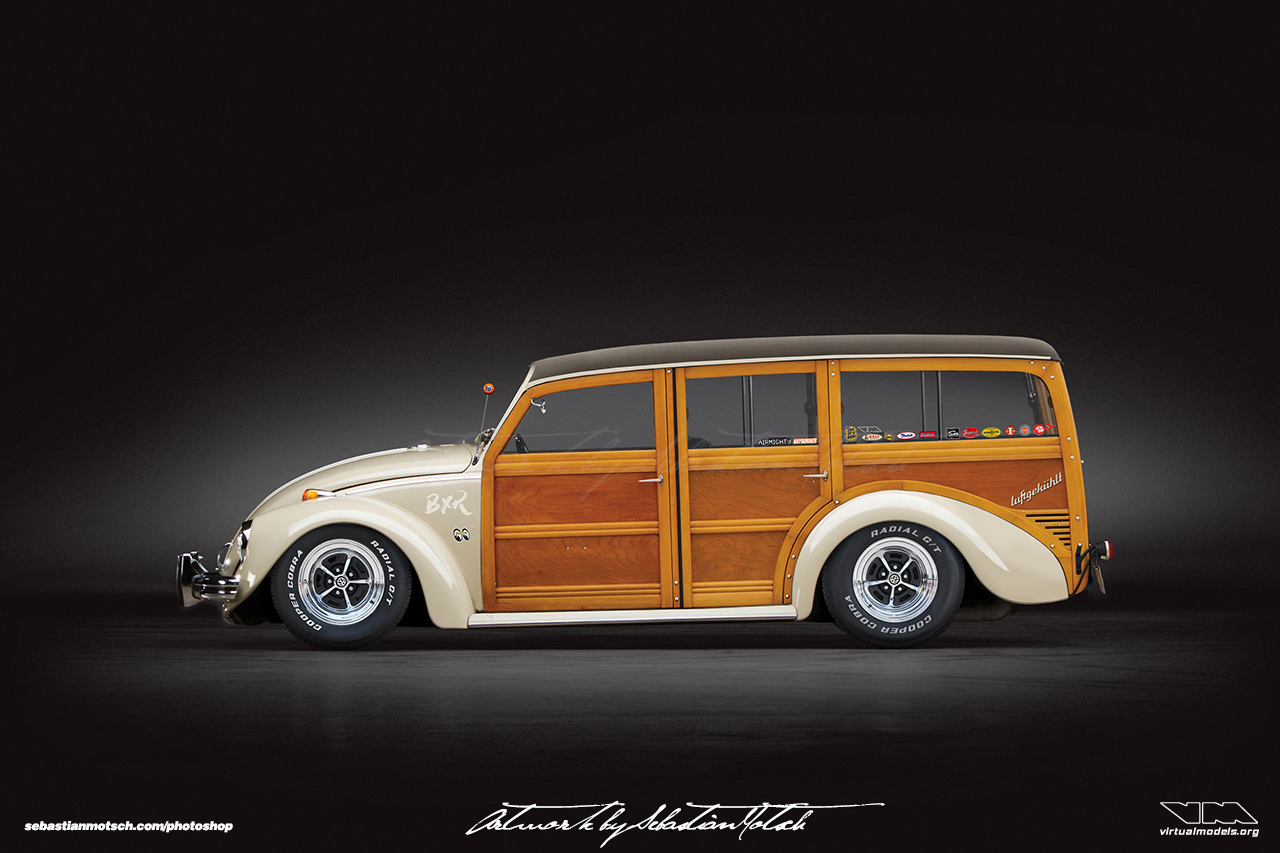 Sebastian, I love what you did to the VW. I would say I am a purist. I have had about 10 bugs since my first new 1966 Beetle. That includes the two I had in Germany when I was in the service in 1971. I just sold a 1975 Bug ladt year. I currently have a 2018 Beetle and I love it. I have never had one I disliked. Some day before I leave this earth I would love to own a Karmann Ghia.
Cheers

Nice article! My dad had a 1966 Beetle. Cream with red interior. The 1st time I saw a tricked out Beetle was when I moved to Los Angeles in 1996. Sitting at a red light this young guy pulls up next to me in a slammed Beetle. It was pink with a chromed engine and it was worked out to the hilt. Then a guy pulled up next to me with a green Corrado pushing 600 HP. That's when it hit me. The VW bug. It took me a long time to get my Jetta to where it is today but I did it. NGP-built engine, suspension, $10K in body work, etc. I did alot of work myself. And it's dusty mauve, a really rare color. Drove it cross-country twice. Hit 250,000 miles on it. Shot a Mobil1 commercial with it.(Google: David Alston. + Mobil1) Only put 9,000 miles in last 5 years since complete engine rebuild. Love this car and love VWs, especially the older ones. They're just fun cars that you can do a lot to. And get big HP. The Beetle is an automotive icon.

Dare to be different is the answer....

The Muscle car crowd is weird in this regard. The newer domestics, people can go crazy, the aftermarket is there, and it isn't hated on. The older stuff, they will still absolutely shun you for doing anything custom and not of the era. I'm smack dab in the middle as someone with a 97 Camaro Z28. You've got your purists who can only get hard about a sunset metallic car on Welds, and then you've got the group who appreciates the tuner scene and is combining the two. It's definitely a mixed bag.

Not at all the case, or perhaps your scene isn't encompassing. My '68 fastback is neither a prostock nor a resto and there are multitudes more, here. As they age, the boomer crowd fades away and the overarching "correctness requirement" does as well. I'm more of a time attack, or, mountain run setup. People genuinely love it.

I would love your car, I'm sure. I'm all in on the pro-touring look, even the super aggressive time-attack / drift style aero thrown on the old muscle cars. Maybe it's very specifically the f-body crowd then, but anytime throws up anything out of the norm, they're usually laughed out the room.

Then you have us Baja Bug guys on the other other end, modding the crap out of them, and taking them where they were never intended to go. My 72 Baja Bug has been over the river and through the woods, so to speak, and I love it.

The V.W. Beetle was and always will be, the best auto to drive and work on. I've owned about 10 of them and even built one special one for racing.

I was really disappointed when I hear that beetle will no longer be manufactured, please I would like to tell VW CEO to reconsider that decision and bring back the people's car . I love beetle my father owned one 1980S here in South Africa and I'm in the process of buying a beetle 2017 model so please VWSA make something happen for us in Mzansi continue building it at your plant in Port Elizabeth Please Please Please!!!

How can you not love a VW Beetle?

As the owner of a 69 beetle, when I drive it, it's like getting into a time machine and going back to my high school and college days and reliving a lot of wonderful memories

I always say that a Volkswagen Beetle will look great with a japanese licence plate, even if the car is not in Japan (personal taste).

I love what you guys are doing. I have so much love for the VW beetle and it just continue growing. I wish I could own one anytime soon.

I couldn't agree more with your analysis ! Personally I am 20 y.o, my parents are around 50 y.o and my younger brother is 10 y.o. We all have in common the love for the Beetle. Even my mother, who's not at all a petrolhead, is taking pictures of every beetles she can see !
But with all this lockdown period, we decided that it was time to realize our common family dream of owning a Herbie ( or Choupette as we call her in France ). After looking at the classified, we found a bright yellow 1968 convertible Beetle with a 1500 engine. She is now our's, and she is amazing !! As a family builder, she is awesome: she is now our main conversation topic !

These little German things really are lovely machines ! Having one now and see people waving at us and taking pictures is an incredible feeling. 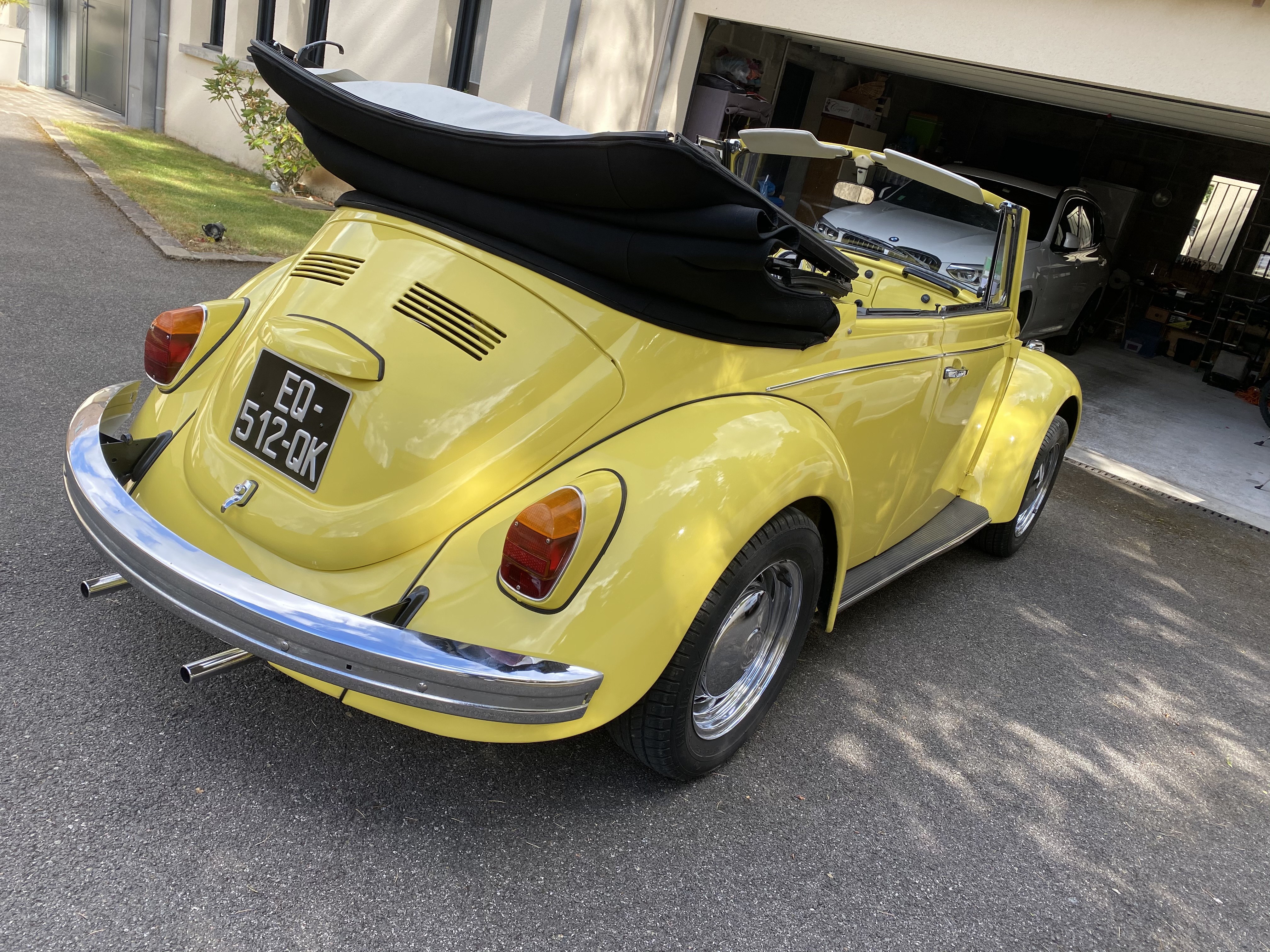 I hope vw new generation product will lean a big lesson and sit up with there transmission engines and wiring generally...........anyway I am still vw lover anytime anyday . Much love from Nigeria.

I started working for VW of America in 1969 received every class VW had to offer. I've built to many to count, they will never die and they are like having a savings account in your garage great memories.

I've seen three bone stock Beetles in the last week. Loved my 56 Karmann Ghia, but it was too far gone to save.

I owned a bug for 10 years now, and yes people in the old VW community seems to be more laidback about what we're going to do to our cars than other communities (at least that's what I perceived). Although there are some people who liked to dictate what our VWs should look like or what parts we should install in our cars. Everyone seems to accept each other's taste in personalizing their old VWs.