The more that time passes, the more fascinated I am with the oddball cars that don’t seem to fit in anywhere.

I’m taking about the cars that you know have a strange, nearly one-off backstory and a similar quirky sort of appeal to them. The cars that aren’t really that expensive, fast, or even desirable. They’re the cars that I would never buy myself, and yet, they are cars that I can’t seem to stop staring at and coming back to. Is there a word for this mysterious category of automobiles?

If there is, it’s exactly the word I would use to describe Eddie’s limited-edition Toyota Corolla convertible by Griffith.

At some point during the mid-to-late-1970s, someone thought that what the Corolla needed was to be more fancy and, frankly, they weren’t wrong. But how to go about it? Well, in the age before everything and its mother was equipped with air conditioning, the slickest way to cool off (and show off) was to drop the top. These cabriolet versions generally topped manufacturer line-ups when it came to price, too, so what better way to make a statement than to chop the top off of a Japanese econobox.

Amazingly, it wasn’t just one guy who came to this conclusion, either. There were actually a couple of companies doing this to Corollas — and Celicas, too, I think — during the late ’70s through the early ’80s, but until the OSIxHI meet on Oahu, I had never before come face-to-face with one in the wild.

Apparently, just 200 of these Griffith-made conversions are known to have been built, and I have to say this one couldn’t be paired with a more proper owner in a more proper location.

Eddie told me that the convertible has always been a Hawaii car, and he couldn’t help but let out a laugh when he showed off the powered top by raising it and stowing it again. He also shared that this black hood was stolen off of his daughter’s car, and he’s taking it around to shows having all of his friends sign it. Once it’s done he’s going to hang it on his wall, and I was honored to place my John Hancock underneath the Mooneyes bosses who were out on the islands earlier this year for a show.

I’m not sure what Eddie’s daughter will use for a hood in the long run, but I bet she’ll figure something out.

Even after warming up to Eddie’s wild ride, I just couldn’t help but have a stupid grin on my face every time I looked at the car. And, seriously, what better place to own a convertible Corolla than the island of Oahu.

To top it all off, a proper boombox resides in the back seat. It just doesn’t get more ’80s than this, so, in other words, it doesn’t get better. Well, maybe one or two better cars have been made before, but I dare you to look me straight in the face and tell me you don’t like this funkiest of funky, raddest of rad Corolla.

Actually, don’t do that. My heart couldn’t take it, and you’d be lying anyway.

Scotty will love this!

Absolutely love this! If memory serves me correctly, all the Griffin drop tops started out as Corolla notchbacks. I once owned an '82 Corolla SR-5 notchback so this brings back lots of memories. Mine was white with blue interior. I'd blacked out all the chrome, added rear window shade louvers, 14" Shelby Daytona rims, fatter tires, Momo steering wheel, front and rear ADCO sway (anti-roll) bars, full urethane front suspension bushings, KYB 5 way adjustable shocks, and a front air dam spoiler. BTW - took off the TOYOTA emblem from the grill as well.

I like that this car still has the stock 13" wheels, but it looks like it has been dropped about an inch or so.

In many ways I still wish I had mine as I would have loved to drop a built twin cam in it. Unfortunately, I sold it in '86 when I was getting seriously into doing lots of autocrossing so I could buy a new Honda Civic Si and be more competitive than I ever could be in the SR-5.

Trevor,
There is a Celica Sunchaser being regularly driven (most of the time with the top down) in St Helena. It's the only one I've ever seen, and is in very good condition.

To top it all off, a proper boombox resides in the back seat. It just doesn’t get more ’80s than this, so, in other words, it doesn’t get better. Well, maybe one or two better cars have been made before, but I dare you to look me straight in the face and tell me you don’t like this funkiest of funky, raddest of rad Corolla.

Actually, don’t do that. My heart couldn’t take it, and you’d be lying anyway. 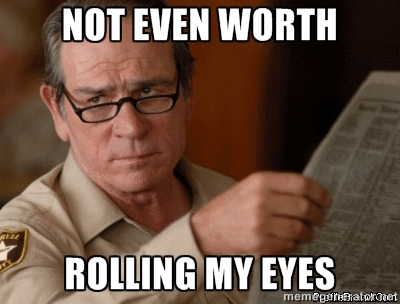 Nice subject, I've always wanted to see one of these up close, but there's so many details left out of this article. What was done to reinforce the roofless tub? How does the top stow when it's down? How were the weather seals done? The rear quarter windows? What does the top look like? This article is so light on details the model year wasn't even mentioned.

Y'all should hire me. I take all the pictures and write all the words