In Russian stance circles, Evgeniy is well known for his modified young-timer and classics Volkswagens.

For a few years he rolled low in an immaculate Volkswagen Scirocco Mk2, but close to the end of the 2019 season he pulled the wraps off a fresh 1971 Volkswagen K70 build.

The car was an instant hit, but very few recognized it as a VW, and no one knew the model. That’s totally understandable too, as the K70 is not really a Volkswagen at all: This four-door, front-engined and front-wheel drive sedan was developed by NSU and only badged as a VW after Volkswagen’s acquisition of the NSU company in 1969.

Evgeniy purchased this K70 in 2015 in Chelyabinsk, west-central Russia – around 600 miles from his home in Omsk. As you can see from the ‘before’ photos above, the car was in pretty average condition, but it still made the journey back.

In order to realize his vision for the car, something that would entail a full restoration on top of the modifications needed to get it low, Evgeniy knew that he’d need to find some spares. But therein lay a problem: At this time there were only six other K70s in Russia, four imported as complete cars and two as spares. One later was relocated to Belarus, leaving five – and Evgeniy managed to buy all of them. He even paid for one car twice after it turned out to be stolen.

Russia’s harsh climate had taken its toll on all the spare K70s that Evgeniy bought, so he ended up dismantling the cars for their useable parts. The basis for this build is a 1971 chassis, the first iteration of the model with different punch-pressed fenders and hood. This particular version is very rare, as only 400 or so units were ever produced.

The car was originally powered by a 1.6L engine developing 70hp, but that’s now given way to a 1.8L unit from one of the spares car. This one came from a K70LS model, and in factory form produced a solid 100hp. It’s a rare engine too, having only been used in around 300 cars, close to the end of the production period.

While looking under the hood I noticed a feature you definitely don’t see everyday: inboard brakes.

The mechanical overhaul took almost nine months, with many custom parts required to get the job done. A few NOS (new old stock) components were able to be purchased, and others were swapped over from the spare engines. All K70 models used the same gearbox, so the best one was selected for a freshen up.

The interior was also completely refreshed using parts from Evgeniy’s spares inventory. The two front seats and the rear bench are all from different cars, and the best dashboard and door cards were selected as starting points for restoration.

The car’s exterior is super-clean, with custom gold metallic paint – a hue close to an original K70 color but much deeper – and highly polished chromework, which in my opinion works so well with the red interior. The round headlights are from a later model K70, when VW ditched the rectangular units in order to distance the models from its NSU origins.

Air suspension was always on the cards for this build long before Evgeniy even found his start point for the project, and the system incorporates components from Russia’s own AceofAce with body position sensors and dual Viair 480C compressors.

The wheels are a custom deviation from original Porsche Fuchs items with a zero lip layout. A tucked look was probably the best choice for this car, and that meant limiting the wheel widths to 7-inches in order for them to sit under the stock body lines.

Despite the K70 looking very complete, Evgeniy is still on the hunt for more original parts in order to finish the car off to his high standard. If you’re planning on make a pilgrimage to Wörthersee in Austria or Raceism in Poland next season, make sure to keep any eye out for this low-slung golden grandpa.

The Ford Anglia Resurrected In A Finnish Shed

This is what modifying cars is all about to me. Would I buy that car? No. Would I complete that build? No. But I love that someone has, simply because of the love of it regardless of how hard it was.
More unique content like this please!

This is nice but that K70 with Passat W8 body swap was better but this is just my opinion... It may differ still awesome build !!

Vladimir, maybe you could make a spotlight on this car? 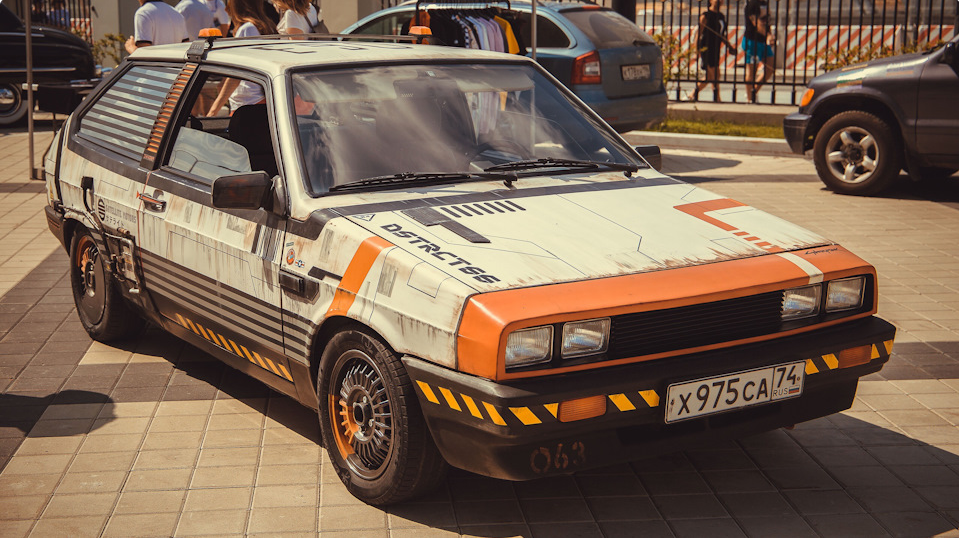 Next time I'll be in Russia in 2020. You're welcome to drop me an email with more details on the car.

That's sad. I'm afraid the owner will sell it by that time.

this K70 may have proven that being sexy need not to be curvy.

Would I have never thought that a sedan I’ve never heard of could be so badasssss!!!

Similar to the K70 of Radikal Bugz due to colour choice

We basically named all K70 projects in this comments' section ))