When you’re attending an event that focuses on one particular make and has many examples of the same models, it’s difficult to find the unique builds without spending all day talking to individual owners.

I would have happily done that at the Lotus Day Festival held recently at Fuji Speedway, but with Typhoon Faxai fast bearing down on Japan during the event, I was totally fixated on shooting some main content as quickly as possible, and then getting home. But then I spotted not one, but two track-spec machines plastered with Honda insignias. Personal welfare be damned.

The first of the Lotus pair that caught my eye was this black Exige. Just from looking at it you can tell that the owner, who drove all the way from Kansai to attend the event, is serious about shaving seconds off his lap times.

The exposed exhaust and diffuser at the rear only adds to the presence of the exterior. A lack of bumper also shows just how wide the wheel track is.

RAYS Volk Racing TE37s – with custom TK Sport decals – wrapped in Yokohama Advan A050 semi-slicks must provide phenomenal grip for something so light.

If the Honda stickers didn’t do it, the red ‘DOHC VTEC’ Honda B-series engine cover peering through the vented hood certainly will give this car’s game away. I was able to talk briefly with the Exige’s owner as he packed up for the day, and asked him why he decided to go the B18C engine route. I was hoping to hear something profound, but he just laughed and said that he liked the reliability of Hondas, and found it significantly better than the 1.8L Rover engine that the car was originally powered by.

It’s hard to argue with that logic.

Parked right alongside the Exige owner was his friend, who also drove from Kansai. His weapon of choice – a Honda-powered Elise.

But instead of B-series engine this Lotus runs a K20A from a Civic Type R, a swap that’s almost doubled the original output of the car.

Coming in at under 800kg, this Elise is now an absolute rocket. During the day I watched on as it effortlessly overtook everything in its way on track.

Like the black Elise, meaty Advan A050 semi-slicks ensure that the power gets transferred to the tarmac, but in this case the tires are wrapped around Advan RS2 wheels.

Interestingly enough, the Elise seemed to retain more of its interior creature comfort than the Exige, which makes me wonder if this car sees lots of street use, too.

Regardless, both are brilliant examples of owners staying true to Colin Chapman’s philosophy of driver interaction and light weight – just with the knob turned up to 11 thanks to Soichiro Honda.

That elise runs different hubs front to rear, there's more to that swap than meets the eye! (unless it's running adapter spacers)

Possible reason for the different bolting patterns could be the Lotus tradition. Back in the day, Lotus fielded Lotus 23's at Lemans. The cars were 2 seconds a lap faster than everything else. As it so happened, the 23's had 4 bolt front wheels, 6 bolt rears. The French didn't like that. They were looking for any excuse to not let them run so they said they can't run with different bolt patterns. No rules ever about this existed. Chapman had special 4 bolt rear hub ass'ys made up overnight and flown to the track from England. Come raceday, the French still said they couldn't race. I'm not that old, but Peter Bladwell of PRB Motors told me that story years ago, hence different bolting patterns of Lotus'.

Dope! A K swapped Elise has been in my dream garage for a long time. Never seen one running a B series mill before though, pretty interesting.

These are hands down the two coolest cars I've ever seen in my life.

I always thought the Series 1 Elise and Exige were beautiful cars. I'd love to have an S1 with a K20 in it.

Brilliant owners indeed. hope to have more of them.

Not entirely surprising the about their interiors. Exige ARE built for track work, and I believe the interior is already more spartan then the Elise right from the factory.

Quite a lot of UK cars are converted to K20 power. I used to own an S1 Elise with Super charged / Charged cooled K20 with about 380 bhp, when it worked it was an animal! 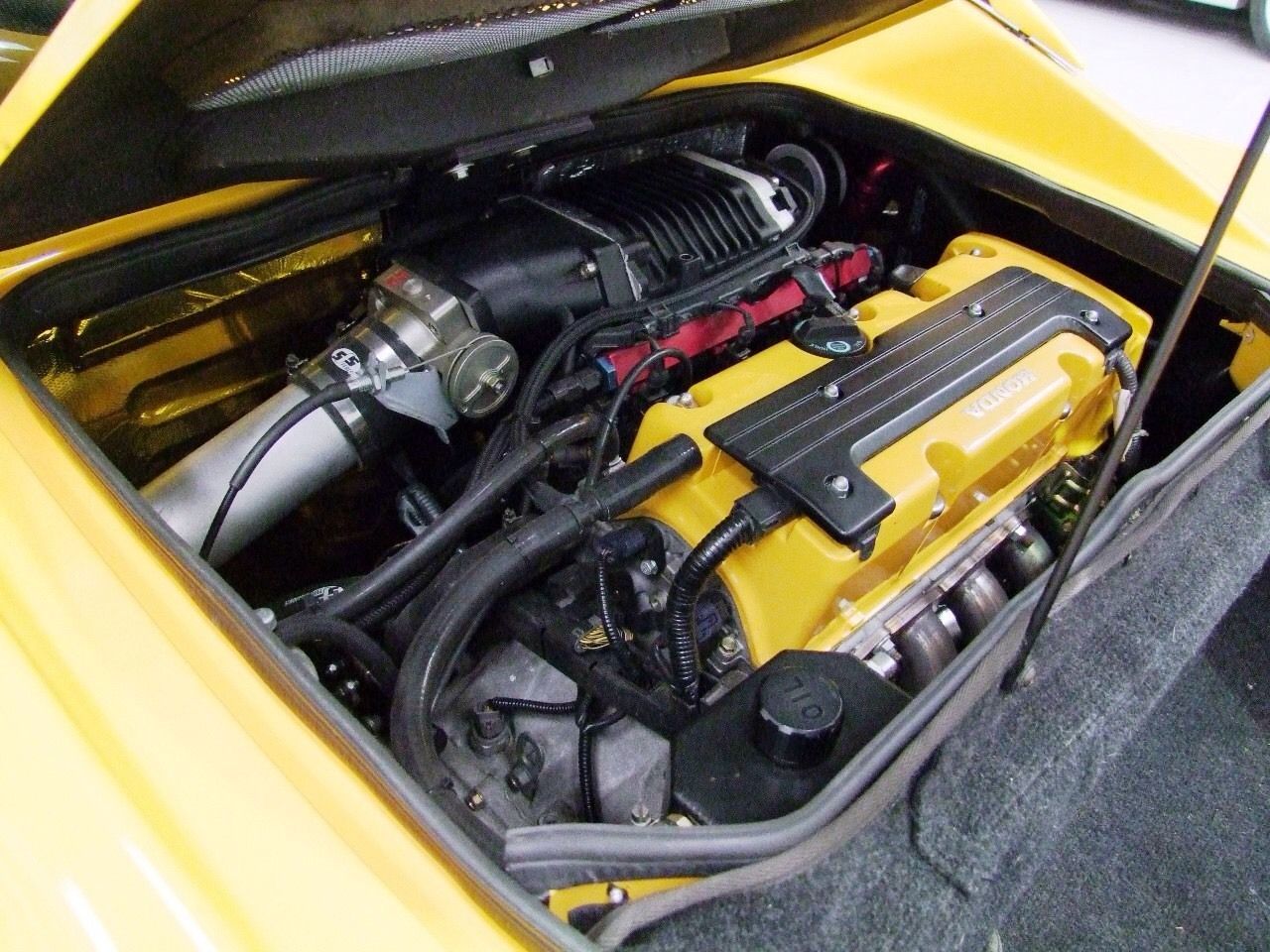 The lightness of the Elise really complements the high revs of the Honda engine. Nice acceleration, and brilliant handles to be exact.

Must have been insane seeing these things take a corner. Guy in my town had a stock Elise, used to rip around all the corners like a mad man. Couldn't imagine what one with a k20 and coils could do.