It’s not a new phenomenon.

Long before most of us were born, industries have been trying to figure out ways of making us buy new things which we don’t need. The automotive industry in particular was, and continues to be quite adept at this.

Since the days of Harley Earl’s tail-fins, manufacturers have been engineering obsolescence into everything they make, to ensure we buy the next thing, too. There’s no advantage to them selling us something which will last a lifetime, or at least not to their finances anyways.

Today, these cycles are happening faster than ever, and in practically every sector. Just bought the latest and greatest smartphone ever made? Don’t worry, it’ll be all but obsolete in 12 months’ time while you’re still making repayments on it. That new laptop just released? It’s going to be a paperweight sooner, rather than later. The strangest thing? We all buy into it.

We, as a species, don’t really seem to value things anymore. We accept that the things we spend our hard-earned cash on are often just temporary, and we’re all seemingly okay with this. We just want that initial rush of euphoria as we tear something from its packet for the first time, to soak in that ‘new’ smell before the novelty inevitably wears off and we start looking for that next rush.

As car people, we’re probably a little bit more sentimental than most. How many of us still have parts from our old cars lying around the place? Shirts or stickers from events we’ve attended? We appreciate the little things as reminders of the things we have seen and done.

We attach value to things that most other people don’t, as we’re more aware of the temporary nature of all things. We’ve grown up watching the best cars from our youth dwindle in numbers, and we all know that what we have access to right now will be available in significantly smaller numbers in years to come.

It’s probably why so many of us have an interest in miniature replicas of our favourite cars and racing machines. They allow us to appreciate the style and proportions of any particular car in a more accessible and affordable manner.

Of course, we would all love a gallery full of the real things, but that’s not realistic for 99.9% of us. So, this is the next best thing.

I grew up in a very motorsport household, and for as long as I can remember, my father has collected these small cars. His collection, much to my mother’s dismay, is well into three figures at this stage and consists of mostly 1:43 scale, but a considerable number of 1:18 examples, too.

While I haven’t acquired quite that number myself, I do try to pick up certain models which might have some significance to me. There’s my idol Colin McRae’s 1995 WRC-winning Impreza, Malcom Wilson’s Michelin Pilot Escort Cosworth (still the greatest livery to grace the Cosworth, in my opinion), the Team Need for Speed BMW Z4 GT3 from the 2011 Nürburgring 24 Hour, along with some of Porsche’s Le Mans winners amongst a handful of others.

They all evoke positive memories of my childhood, my career, and other automotive occurrences just by their presence alone.

When the opportunity recently arose to add a day to the end of a trip and visit Minichamps in Aachen, Germany, I couldn’t resist the temptation. We have visited once before, when Jeroen Willemsen took a whirlwind tour of their museum, and truth be told, I would have been happy with a similar, low key experience.

I was a little bit luckier, however. After a polite enquiry to Minichamps via their website to ask about the possibility of a visit, I received a friendly response from Max Lang, the company’s COO, to set a time and date for my visit.

I certainly wasn’t expecting a personal tour of the museum and a detailed history of Minichamps and the Lang family from Max himself.

I had always assumed (due to seeing the brand all around the world) that Minichamps was going to be a huge corporate entity, but I learned this wasn’t the case.

Yes, they’re a huge brand, but it’s a family business which stretches back decades. In 2020, they will celebrate 30 years, but their history goes back much further to Max’s grandparents’ toy shop which slowly sowed the seeds for the family to start creating their own products.

While the methodology has changed slightly with technology advancements, the process of creating an accurate scale replica from scratch is still intensive. Originally, blueprints would have to be created from photographs and whatever reference material they could get their hands on. Sometimes they might get drawings from the vehicle manufacturer, other times not.

A model of the body would be created first, before they would create suspension arms, brakes, wheels, spoilers, and wings etc. The challenge was and remains trying to keep everything as accurate as possible, while retaining feasibility to mass produce in a small scale.

Of particular importance to race cars, the colours and liveries had to be perfect. It was the norm then to reproduce the sponsorship logos and liveries by hand, and this is still done today when vector artwork isn’t readily available.

It’s a hugely intensive process to recreate these cars in such detail today, and I can’t even begin to fathom how it was done in the early ’90s without the benefit of high speed internet access. Typically, it would take nine months for the first production example to go from the drawing board to coming off the assembly line, but today that can be as little as three months.

I asked Max if 3D printing was viable for them, but he responded that the finish from 3D-printed parts isn’t quite good enough at the moment.

Despite the considerable floorspace and display cabinets, the 600sqm museum only displays less than a quarter of the total number of models that Minichamps have produced. 1:43 is their most popular scale, but 1:18 and even 1:12 feature heavily, too. Some of their 1:12 Formula 1 cars are amazing, but the 1:18 BMW Art Cars stole the show for me. And all of the Porsches.

Anyways, take a look for yourself above. Any favourites?

Speaking of Porsches, Max kindly previewed one of their upcoming projects, a new line of 1:8 cars which will feature exciting cars from Zuffenhausen. 1:8 cars are typically not very cheap, but this new line aims to deliver a quality product at a much more competitive price point.

That sounded like a bit of a sales spiel, my apologies, but I do get caught up in the excitement of the new-new.

With a flight to catch my visit had to be cut short, but I could have easily stayed for much longer to talk with Max and his father Paul about the business and the future for collectables. Instead, I made full use of some derestricted autobahns to start my journey back to Ireland, along with another one for the collection courtesy of Max and his father.

While some might consider these as just ‘toys’ and being a bit juvenile, I’m still adamant that they offer so much more. They might be one of the rare few things that are actually built to last these days.

Speedhunting At Home… In 1:64 Scale 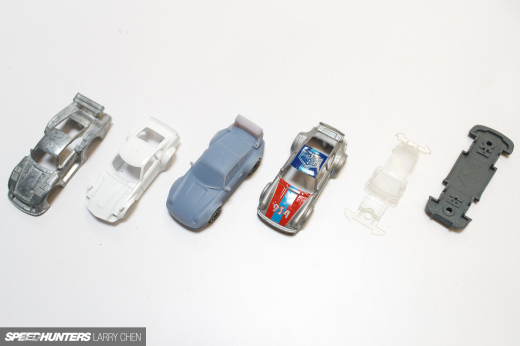 Behind Closed Doors At Hot Wheels

It's not juvenile, at least that's what I try to tell my better half! I'm a bit of a collector by nature (records, automotive books and magazines etc), but somehow I've been able to keep myself from buying a lot of these scale model cars. I only have a few 1:43 Opel Manta B models, and a Porsche 917 from the Porsche Museum.

Good quality models really are a joy to watch, and expensive too. The adult in me knows I don't NEED any of this stuff, but the kid in me wants to have all of them. Wait... does that make it juvenile?

Car collectible: when you start, you never finish

I love the Truly Nolan car.

I'm jealous! I see lots of their cars that i would have if they were 1/24 or 1/25 scale model kits. I'm trying not to buy too many toy cars but I'm sure we're all the same, just one hot wheels wont hurt but then you cant choose so you end up buying 10 at a time. Shoot, I got rid of my telly to make space for them and their still reaching the roof of every room, but thats the joy of the single life, lol

yeah, i know this feeling too well. I now use my 3 year old son as an excuse to keep buying more hot wheels

I would hire myself to clean the dust on the museum!

I have fond memories of sitting at the kitchen table of a Sunday afternoon while Dad assembled yet another 1:24 scale Tamiya plastic kit. He taught me to value the IXO model rally and racing cars I used to play with as a child, and I'm glad he did as they're still in great condition - all lined up on the shelf in my bedroom.

if only there is a scale of Sentra B13 I can buy.

I could spend a whole day gawking at those miniatures! Had to stop my own collection at home now due to space constraint (and wife's nagging)

This is simply brilliant, Paddy. Thanks for sharing!

THIS, was a great and unexpected journey into the kingdom of miniature collectibles. Around twenty five years ago, I was buying so many Pauls Model Art slash Minichamps as well as other high end brands that I ended up being a dealer and selling to my friends and displaying them at my auto parts store. They were like little jewels. I had literally hundreds. Thanks for sharing your experience

This brings my inner kid back to life

I got that R8 LMP (the yelloy/grey one). Is one of the most beautiful and accurate cars that I've ever collected. 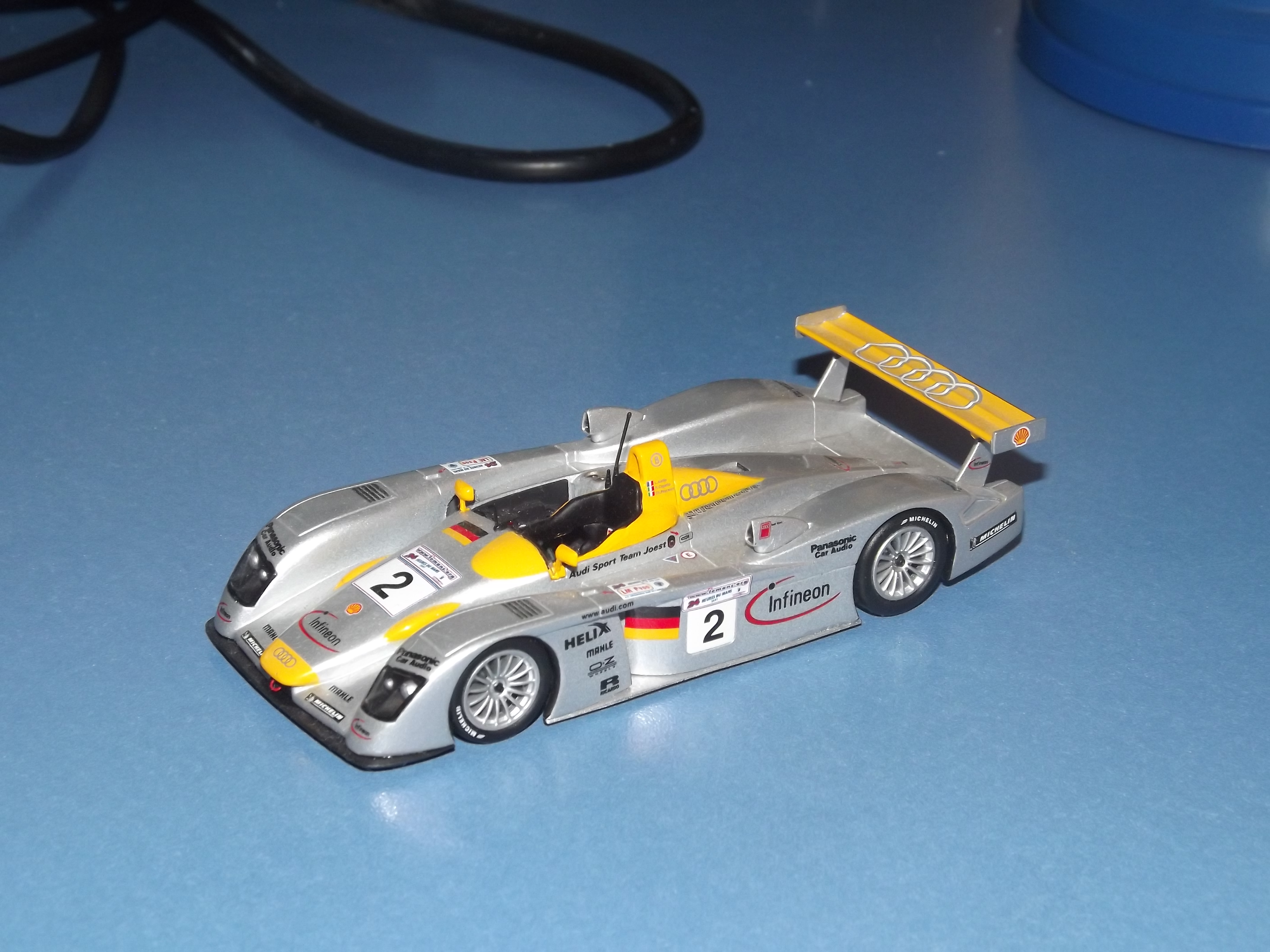