If there’s anything that I can try to compare the current World RX championship with, this might be it.

It’s frantic, urgent, intense, exciting and unapologetic, all at the same time. While the rule makers might not endorse it as a full contact form of motorsport, it’s an inevitable consequence of having these hyper active cars sliding around on mixed surfaces in close proximity to each other.

The short sessions (between four and six laps) keep the field tight, and the track layouts play their own role in keeping things interesting. As this was the first World RX event at Spa-Francorchamps, there were some initial teething issues with the course as the drivers broke it in. Namely some rutting due to the initial wet weather which exposed the join between the newly laid RX course and the tarmac of the GP circuit.

As such, tyre de-beads were common early on Saturday during practice. Amusingly, these didn’t seem to faze anyone as they continued on, regardless. Due to the short distances involved, I suppose drivers are more likely to try and push through any issues that would arise.

By the time this morning (Sunday) came around, the area around Spa-Francorchamps had been suspiciously dry for some time and the sun was shining. Ideal rallycross conditions, then.

Well, not for everyone.

While the drivers would welcome the consistency of the surface, those of us on the front lines were the first to taste the dry conditions, and quite literally.  As the first car would pass through, it would send a huge dust storm towards the outside of the corners, where the majority of the photo positions were located.

This was in addition to the showers of rocks and debris that were regularly coming our way, too. Is this a complaint? Absolutely not. Nothing makes you feel more alive than being repeatedly bombarded with thousands of small and surprisingly sharp objects at high speed.

It certainly kept us on our feet, anyways, and on our hands and knees at other times.

I’m sure one of the things that kept the drivers alert was the knowledge that if they hesitated for even the slightest moment, they were going to get a gentle – but immediate – reminder from one of their fellow competitors to keep the loud pedal depressed. Lifting is not an option.

Any slivers of light that passed between the cars were treated as fair opportunity gaps that should be exploited with most haste. Rubbin’ is racin’, after all.

There was no whining afterwards if there was some contact, either, as it’s generally considered a part of proceedings. You take some, you give some. That’s how it works, and it’s fantastic.

Mind you, I’m not sure any complaints would be entertained by your opposition anyways.

Should you grind to a halt, there’s no fanfare. You and your car are unceremoniously picked up, put on the back of a flatbed and dropped off at the pits where repairs can commence straight away.

As there’s so little time between sessions, and the organisers run a tight ship with regards to time keeping, there’s not really the chance to have a little cry about your situation or to feel sorry for yourselves. You and your team just get on with it as  you have to. There’s no other choice.

I’m sure the crews have their work cut out for them at times, and the cars do take a beating, but the care they receive is extraordinary. It’s something I tried to document over the weekend and aim to bring you a dedicated post on shortly.

It really is a special sort of discipline. It takes the best bits from other motorsports – the launch from drag racing, the cars from rallying, the sideways antics from drifting etc. – and combines them with its own format and speed to create a spectacle for its fans.

While today’s and yesterday’s stories from the third round of the 2019 FIA World Rallycross Championship are heavy on excitement and superlatives, over the next short while, we’re going to try and substantiate these initial impressions with more in-depth stories. These should show you why we enjoyed this so much and why you should start making plans to take a round in sooner, rather than later.

Now, if you don’t mind, I have to go and remove several (more) kilograms of dust and dirt from my clothes, face, hair, beard and cameras.

Still, not a single regret.

A (First) Year On The Road

Nothing like tons of debris, rocks, and dust to increase your testosterone! Fantastic coverage, Paddy, I can already feel my chest bush growing at an accelerated rate!

I was there for the entire weekend myself, and absolutely loved it!
Glad to see people shared the exitement, and I'm looking forward to seeing how this season pans out with a couple of big names missing from the roster this year.
Seeing this feature makes me drift off again to an astounding weekend while slumped behind my desk, tired but satisfied.
Looking forward to some more in-depth features Paddy!

Some of those shots remind me of horses bucking, especially the opening one

Looks like a riot.
I can remember loving Rallycross on Grandstand on a Saturday when I was a kid.

I have to say the way the Audi were sending it through the final gravel corner was spectacular. Watching the live stream, Q3 Race 2, watching Ekström's in car you could see Szabo out the window 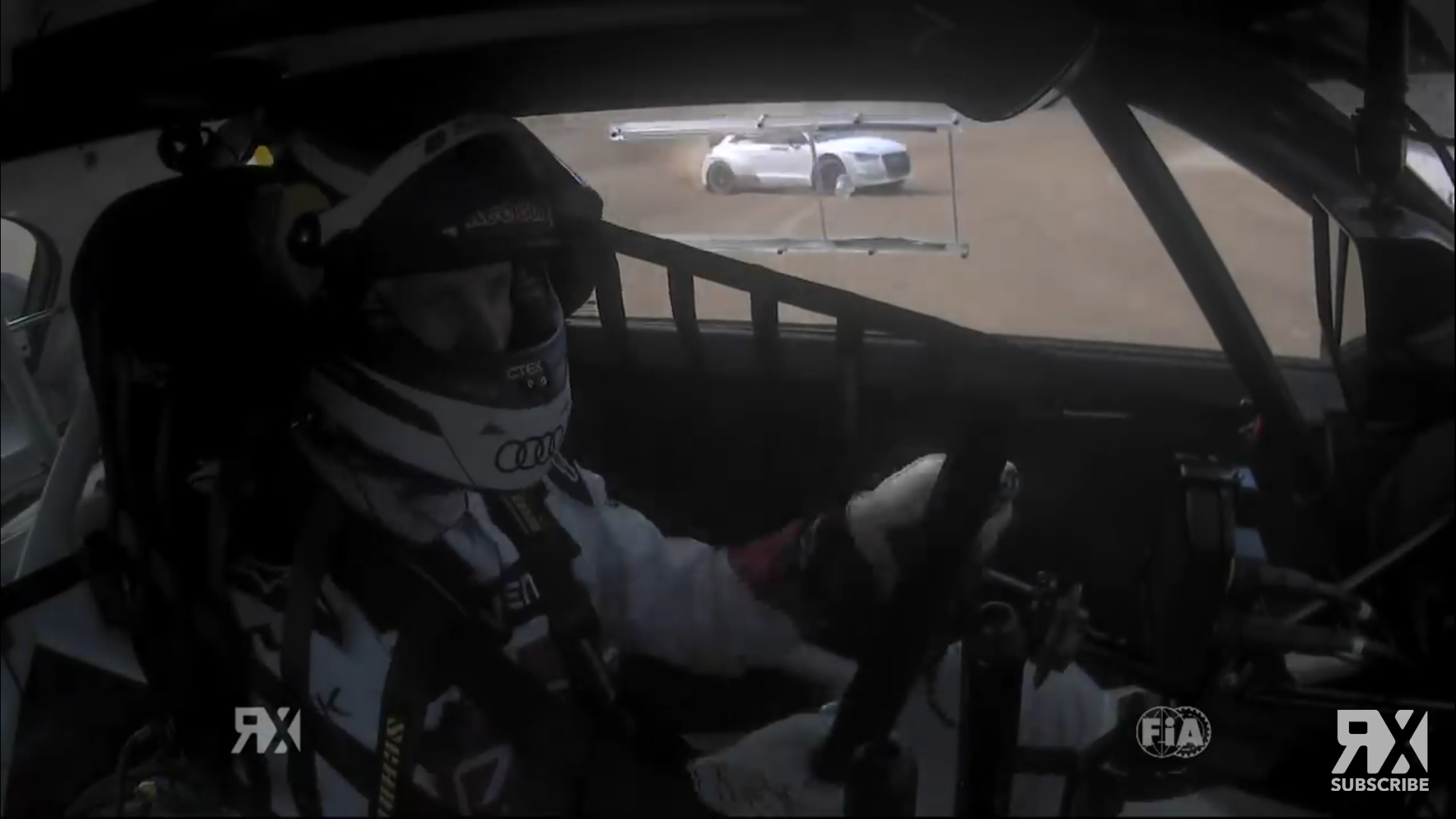 Was the black flag with the orange circle broken?

In the title picture it so looks like the black fiesta is about to have an epic accident but reading through your story I am sure he/she got away with it!

Man truly great stuff. I can just Imagine the exhilaration from taking these pics up close to those cars.

I've been following WRX for four years on now and it is the most exciting motorsport I have found. I was worried about this year with all the auto manufacturers backing out and losing the names of Petter Solberg and Sebastien Loeb but that worry was unfounded as the quality of the races has been top notch (three rounds, three winners) and Spa has created an incredible track especially with the long sweeping left hander for the final corner that had multiple lines to use.