SHARE Getting Chased By An 800hp Audi Drift Car

As Dino mentioned in his recent feature, being chased by Iikuta-san’s Audi A5 drift monster was one of the most exciting video tracking shots I’ve ever done.

The idea to shoot a short film on the Audi came about when Dino sent me a message asking I’d like to come down to Fuji Speedway and check out something “special” he had lined up to photograph.

At first he was reluctant to tell me what exactly the subject matter was, but I’m sure this was just a ploy to really pique my curiosity. It worked.

I agreed, and soon enough he spilled the details: “It’s a new build for FD Japan, and today it’ll be tested for the very first time. It looks like a DTM A5 race car, but has been designed to drift. Oh, and it has a 7.4-liter LSX 454R engine that churns out around 800hp.”

At first it was hard to comprehend what Dino was telling me, but it all made sense when he sent through a picture of the car with its front cowl removed. What time do I need to be there?

But enough about how this shoot came to be, it’s time for me to show you exactly what this crazy drift machine looks and sounds like in action. So sit back, relax, and enjoy the fury.

Special thanks goes to JAPRADAR for sharing his GoPro footage to play with and use. 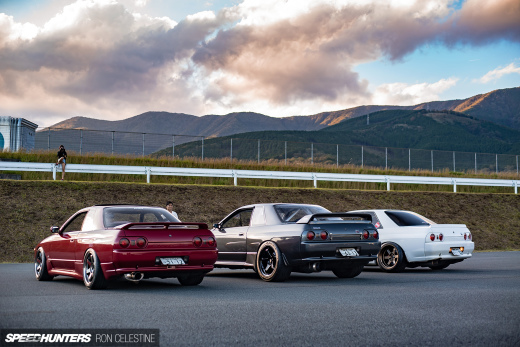 putting the project car to great use

Maybe we can say that project roigh has a monster on its tail (or tow , you decide ).but seriously the video is well made and in the photos i was just wishing (and imagining) project rough doing tandem drifts with it.still wishing good luck to Iikuta san for fd.

Can we get more drift cars like this Audi or Aasbo's Corrola? The fact you are able to do whatever tf you want to a car that is not even 5% the same as stock makes no sence to me to not change it up a bit. I love the S-Chassis and the E46, 2 of my dream cars ever since I was 5 and I learned about drifting but im getting so bored to see them in PRO-level cars.