Another year, another record.

Almost every single year World Time Attack Challenge leaves us swirling in a wake of excitement, amazed by how much time can be shaved off a previous record with just twelve months of research, development and testing.

I remember watching the entire grandstand and terrace areas erupt with exuberant cheering, jumping and random hugging when Eiji ‘Tarzan’ Yamada broke below the 1m30s barrier in CyberEvo.

A feat that many thought was impossible for a full chassis car riding on street rubber at the time.

Since then, the annual quickening has continued unabated. So much so that it’s become an expectation of the crowd. Instead of wondering if the record will be broken, fans discuss what the margin may be.

That confidence was on hold most of this year as nasty weather plagued Sydney the entire weekend. But even on a cold, damp track, lap records still tumbled across all classes.

Stop whatever you’re doing and watch the lap now. If the 265km/h (164mph) entry into turn one doesn’t get you excited, you’re in the wrong place.

When I saw the on-board footage surface of Barton Mawer’s best lap, I watched it several times back to back. My definition of ‘fast’ had just been redefined. Being quite familiar driving the same circuit, the corner speeds blew my mind and Bart’s ability to hold the ‘fast pedal’ flat through corners left me mesmerised. This was a special moment.

I do realise that the majority of you haven’t had the privilege of visiting Sydney Motorsport Park, let alone being let loose to drive around it.

So to combat that lack of experience, I’ve curated a number of ‘fast laps’ from a selection of other vehicles. Hopefully, armed with an additional layer of perspective, you too will be left shaking your head at RP968’s ridiculous feat.

Let’s turn our focus to 2018 WTAC Clubsprint Winner, Brett Dickie, and his Clubsprint winning Elusive Honda Integra DC2R. While this probably far surpasses anything in the average man’s garage, this is the class that’s closest to your average road going car raced at WTAC.

Brett’s best lap? 1:38.756. Still outside the abilities of most mere mortals, but an interesting way to compare corner entry and exit speeds.

Coincidently, this Integra also won a feature-shoot out on our Instagram page. So, Honda fans keep your eyes open…

Finally here’s a lap recorded by a mate, Cameron Bell, in his Honda NSX during our most recent track day together.

His best lap was a 1:50.9. I mean, an NSX can’t really be classified as your typical every day car, but even at Cameron’s best, he’s still taking an extra 30 seconds, or is an additional 40% slower per lap. Crazy, right?

My own unofficial PB, which was timed on a phone and wasn’t recorded, saw my Mitsubishi Evolution IX, a.k.a Project Nine, cutting laps around the 1m55s mark.

Time Attack is on the cusp of something bigger.

If Sydney’s weather manages to produce even just one ray of sunshine during the event in 2019, there’s a very real potential chance that next year could very well be one of the most important Time Attack events we’ve ever seen.

Imagine that; a Time Attack car out pacing an open wheeler. That’s one party I don’t want to miss.

With so many variables it’s hard to compare most classes, but I think the limitations of a street tyre have to really show how capable these vehicles are... Throw slicks on any of the top Pro/Pro-Am vehicles and watch the records fall

A1 similar to F1???? Doesn't even come close! They might look the same, but thats where the similarity ends. A lot bigger engine with a lot less power, based on an outdated chassis with a lot less aero.... Thats the same as driving a classic car and saying it is similar to a modern car....

A1GP was designed to be an 'affordable' Grand Prix.
The cars were derived from older F1 models.
The comparison of driving a base model vs a premium model of the same car is probably more accurate.

The second generation of A1 GP cars is based on de 2004 Ferrari: In 2009 that is. And its only the chassis. The things that really matter: Engine, gearbox, suspension, wheels, downforce don't even come close. Its like saying the base model of this and that car is at the basis of the DTM car.... There is also about a 20 second to 30 second laptime difference between the 2. And also, lets not forget that formula cars are relative high drag because of the open wheels. Close them and the difference would be about 5 to 10 seconds more. And lets also not forget that de A1 GP cars where about 650 BHP with the maseratie engines, and about 550 BHP before that.

Anyone who thinks A1 and F1 are remotely close in technology, engine, chassis design or otherwise is incredibly misinformed and uneducated not only about formula cars, but racing in general. That's actually a laughable statement.

Also, in terms of "getting excited" F3 cars regularly do about 25km/h short of that entry speed all day for hours. Their heart rates probably don't get above 130bpm in the guys running up front. In truth, if motor racing gets you excited you are the wrong person to be piloting a fast car.

"No surprise that F1 was way ahead – 7.3s quicker than Champ Cars over a lap of Montreal, and around 20s per lap quicker than A1 at the longer circuits of Shanghai and Sepang."

Let's not slide in how Time Attack runs close to A1 and then say A1 is F1 to make people think time attack is respectable like Formula 1. That's just poor journalism.

Can someone with a mod of this track for Assetto Corsa try a hand at lapping with an LMP1 car? Somehow I still can't put this into perspective so well.

Also, I guess that means I have to step up with my own build. Still gonna go with the Ferrari V12 power, but I need more. And I need better aero. Are fans or active aero allowed?

I think lmp1 cars are on a level above time attack cars in terms of laptime. Maybe a better comparison would be super gt cars. I heard the old ts010 lapped eastern creek in 1min 10sec. (True?) Which would put it on the same level as Ricciardo's demo run in an f1 car.

I read somewhere the TS010 clocked a fastest of 1m08sec during testing, with an entry speed of 315km/h into turn one. The massive g-force loads + a bump in the middle of the 1st corner even cracked test-driver Andy Wallace's ribs.

Oh really? Who would one talk with to hear more? Sounds like a great story to be told.

Don't know if i can post links in the comments sections, but i'll give it try:

Here is a video (warning: v10-eargasm coming your way):

Article on the TS010 testing in Australia:

You can just feel the incredible level of grip that Porsche has, amazing driving. Just full confidence in the car and his own abilities.

Parked next to your mates NSX in the carpark. Looks awesome! 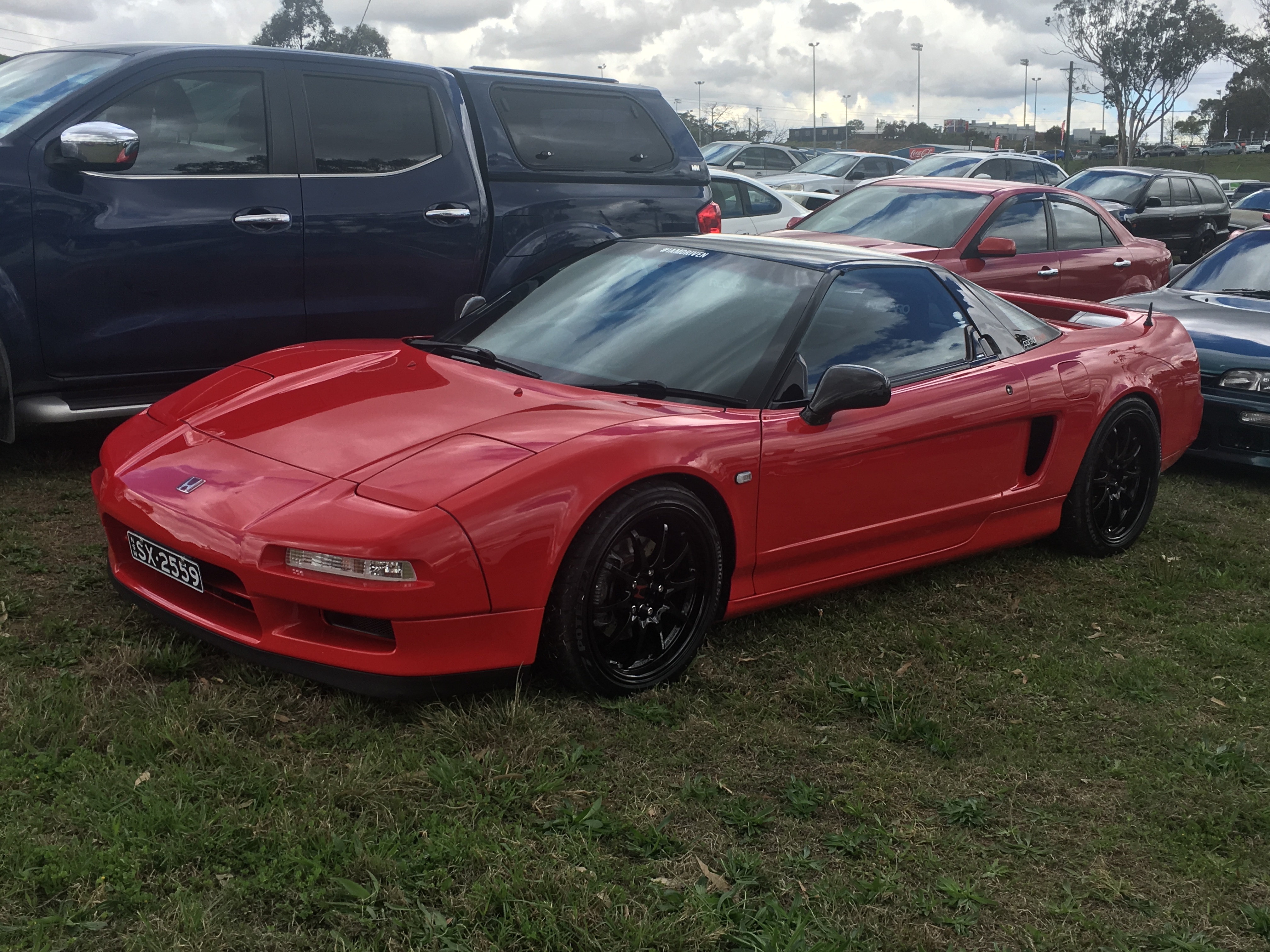 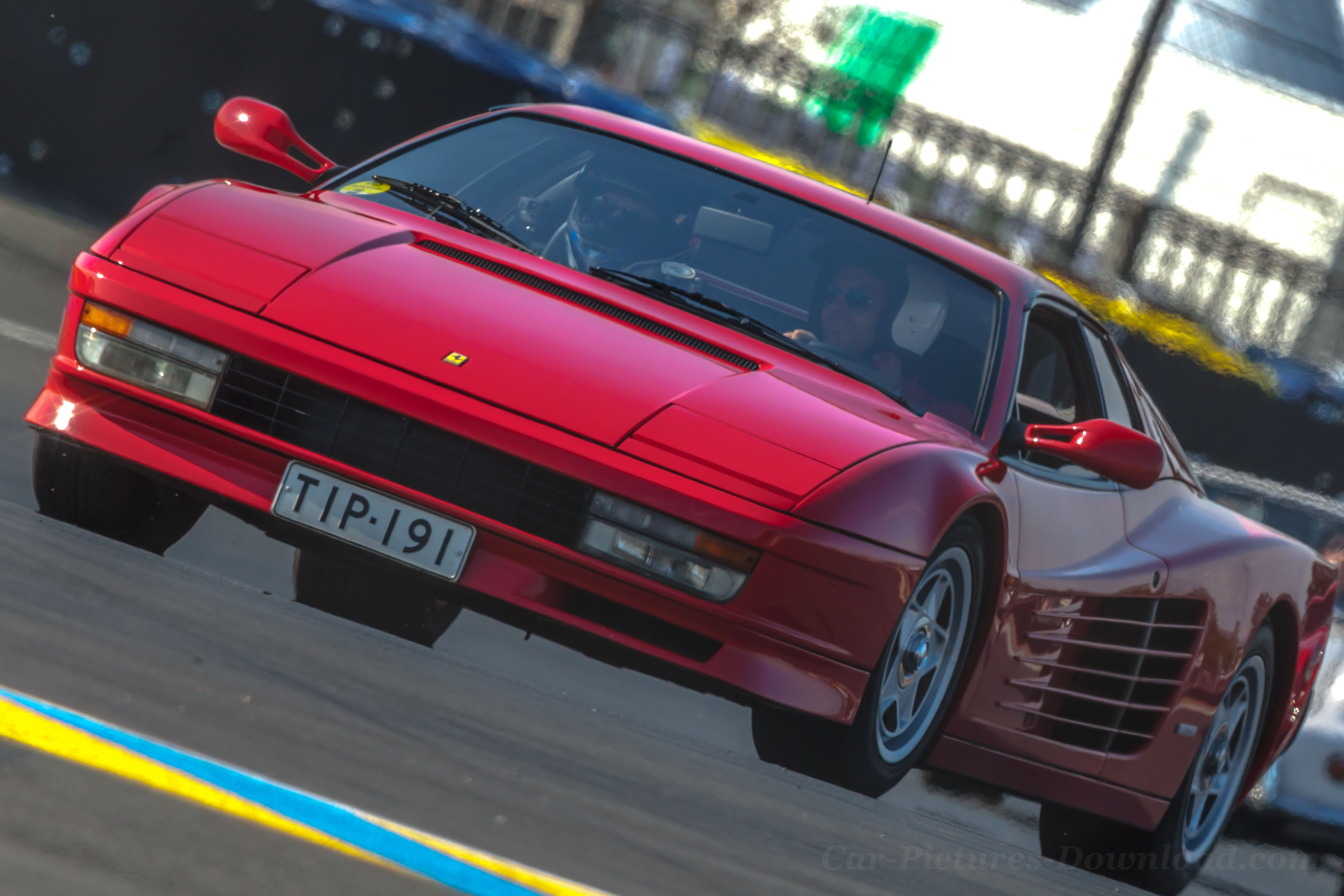