If there’s one thing that can never be emphasised enough, it’s that cars and car culture exist in the real world.

No matter how good the photographer, the writer, the videographer or the game makers, there’s no better way to appreciate cars than in person. None. That’s not to mention the strange contrasting worlds of the online car community versus the real world car community, which often couldn’t be more different. As someone who works almost exclusively within online publishing, this is something which I need to remind myself of regularly. It might be obvious, but it can be easily forgotten.

I’ve been involved with Speedhunters for nine years, in one way or another. I started contributing to the site when I was still an undergraduate in college and have published countless stories since. I came up with the concept of the first Speedhunters book, and designed both the original prototype – the über limited edition ‘Volume Zero’ – along with the first ‘A Year In Global Automotive Culture: Volume One’ which was the design concept for the books which would follow in the years afterwards. I’ve made more sacrifices, both personal and financial, in the name of Speedhunters than I care to recall. There have been some pretty strong personal attacks against me from faceless individuals in the comments, just as there have been messages of support and gratitude which far outweigh any negativity. I don’t regret anything.

I write this so you’ll understand that when I say Speedhunters is my life, I really mean it.

If I only ever achieve one thing during my time as Editor in Chief here, it’s that I want people to feel the same excitement for cars and Speedhunters that I feel. The problem with this is that we’re competing in an unprecedented era of online media, where everything is shouting for your attention, and so much content gets lost in the noise.

I’m proud of the original content that the team here produces and how much pride that they themselves take in their work. It’s uplifting. I’ll say the same for some of our ‘rival’ outlets. We might answer to different masters, but we’re all car people at heart that want to tell stories and share our passion with others.

It occurred to me a while ago that Speedhunters was increasingly existing only in the digital world, and that this wasn’t a good thing. However, the opportunity to do something about this wasn’t forthcoming. It’s also difficult to organise something on a scale worthy enough. It’s expensive. It’s time consuming and it also can only be in one place, so the risk of alienating or annoying fans elsewhere runs high.

It does however come to a point where you just have to say ‘fuck it’, stop overthinking things and just do something. Anything. This leads us to the Irish Motor Festival last weekend, where we made a last minute decision to put together a small stand which best represents what Speedhunters is about.

This ‘small’ stand quickly grew to over 50 cars, some of Ireland’s finest, and forced the organisers to open a second exhibition hall in order to accommodate us. Not bad for a small, wet and windy island on the edge of Europe, right? While there were a handful of last minute dropouts, and all with genuine reasons, 48 cars ultimately arrived on a very wet Sunday morning to the main exhibition hall at Punchestown Racecourse in Co. Kildare to fly the Speedhunters banner.

The number of cars wasn’t the impressive part, the variety was. A 400hp supercharged DC2 Integra Type R was one of the first cars to greet you as you came through the door. A couple of cars down there was a 600hp FD3S RX-7 beside a homebuilt AE86 which itself was beside a completely original Irish Ford Escort MKI. A pair of Datsuns, a completely stock 260Z and a just restored and lightly modified 280Z, sat proudly side by side. There was a Ford Escort MKII rally car, a 106 GTI that would have made Ben weep for joy and the cleanest and most original PS13 that you will ever see in your life.

A rare Fire & Ice edition Golf MKII with a 3.2-litre VR6 swap beside an aggressive as all hell AE86. A slammed Mercedes sedan beside a rear wheel drive converted Escort Cosworth, which itself has quite a story. Probably Ireland’s finest VIP build in the shape of a Midnight Purple painted Aristo on SSRs, an immaculate and subtly modified Focus ST, an RB26 swapped ER34, a stock looking GT86 that was anything but and a whole family of retro Toyotas. The list well and truly goes on.

Having arrived at the venue at 0620AM after a restless two hours sleep, I can’t say that I was initially at my best. As the cars rolled through and into place, and the conversations started, I really don’t think I could have been any happier with what we brought to the fray. By the time the doors opened to leave, three cars on the Speedhunters stand had claimed three of the five major prizes on offer. Terry Flynn’s Datsun 280Z took ‘Best Classic’, Jamie Kent’s Escort Cosworth took ‘Best Euro’ and Paddy Maher’s stunning BEAMS powered Trueno took ‘Best Car of Show’. ‘Best Japanese Car’ was won by a former Speedhunters feature car, so I’m almost certain we can claim dibs on that as well?

I’m kidding, of course. While winning anything was never the intention of the stand, I’m thrilled for the respective owners to be recognised for their work and passion. It was just a nice, positive vibe to finish the day off.

I’ve rambled on enough, so before I put the gallery of our stand below in place, I just want to thank every owner who did or didn’t make it last Sunday for their support and their love of Speedhunters. Considering that our Irish readership is outside the Top 25 of countries who read Speedhunters, and this is the stunning amount of cars that came out in support, imagine what we could do in the United States or United Kingdom? Canada? Or even Japan?

Actually, about that last one…

Thats awesome! I cant emphasize diversity enough. It seems the newer generation tend to have close minds about cars that dont fit their "usual" agenda, and honestly its sad. Theres so much to learn, so much to appreciate, and so much to absorb. I couldnt really wrap my head around why anyone would ignore one corner of the automotive world vs the other. Events like this, this brand, all of it is what is going to help change that. I truly see it. Great write up and photos paddy! Excited to see whats in store in future events!

That R33 is super

Read speed hunters from the beginning.i never thought I’d fill the hole max power left.I look forward to it every day. I’m writing this in my speedhunters overalls I just got off my daughter for my birthday.i love you mate!
Even more than juicebox

How many books did Speedhunters make? I have 4, the number zero I don't have, but we're there others made?

We've officially published four (AYIGAC Volume One, #MaximumAttack, #JoyOfMachine & #FeatureCars) with 'Volume Zero' only being a low run prototype which was given to friends and contributors of Speedhunters at the time.

I love the stock S13. Seriously, nice work you're doing so far Paddy!

just an unrelated question! I'm wondering why larry chen is not in SH team anymore?!

everyone needs a bit of change in their lives eventually. He's been spotted at Hoonigan's warehouse on more than one occasion recently.

Larry's time here came to a natural end, you probably noticed that he was barely posting here over the last couple of years. There's no hard feelings involved and we still have a lot of love for him and appreciate everything he done with us over the years.

I hope that everything is not so bad =)

I love the black Peugeot 106. A feature about it would be great.

Speaking about books, is there one foreseen "soon" ?

Reading your article, I think I definitly have to made a road trip to Ireland in 2019.
Any special event to recommand (I thought about IDC final/ Japfest this year but my bank account decide otherwise :p )

Where do you advertise these events and stands?

This event was advertised locally, but we put out a call for cars on the Speedhunters Facebook page.

What an awesome collection of cars on that stand. I'd like to know more about the Blue S15 and just what was that GT86 hiding?

S15 was a really tidy street car, nothing too crazy but just the right style and feel. GT86 had a supercharger

And not just Toronto, come to the west! While my car is still far away from being ready for the road, I'd love to meet the Speedhunters team!

THIS! Although, I would be willing to road-trip to which ever venue / city the team decides to stop in at!

Quality as usual. Would have loved to have been there with my ps13. Real life got in the way

That Aristo! I can't get enough of it.

Thanks for the invite and for organising it, what a variety of cars that turned up and some really sound owners! Great to chat with like minded car folk!

That Cressida and cefirio though. And the variety of these cars alone is amazing. I appreciate what you've done and what will continue to do Paddy. And by the way, I said hi to you at FD Orlando and I was starstruck as if I'd just met Mariah Carey

Or maybe my ST? 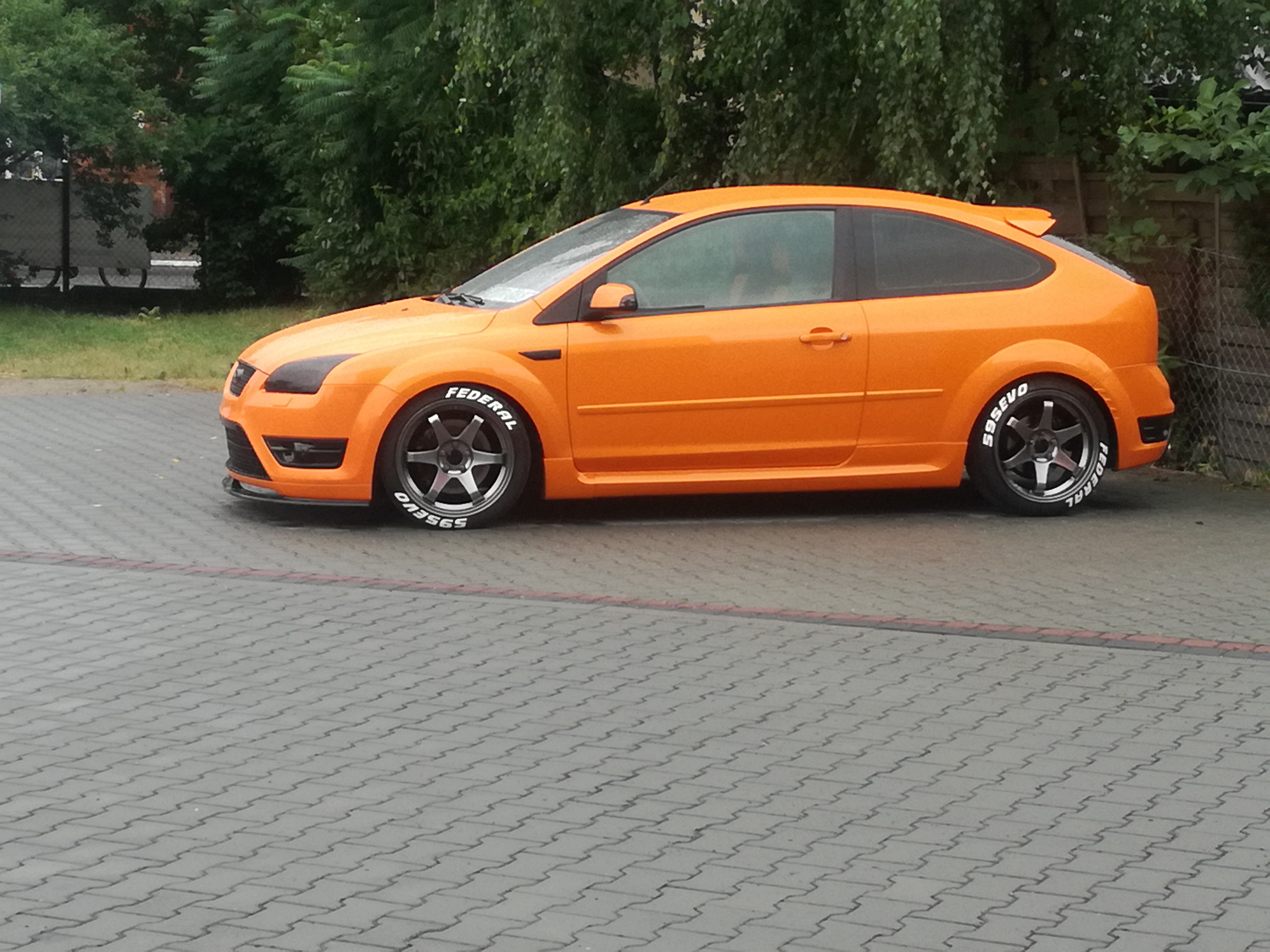