When it came to hunting unique builds at the 2018 ELTA Summer Bash and Big Go Drags in Ontario the weekend before last, I was fairly spoiled. I could spin around and point my lens in any direction and wind up with something cool on my camera’s capture card.

The two cars in today’s spotlight come from the Paddle family of father Dave and his two sons, Ken and Shane.

After catching the tail end of a yellow and woodgrain streak rip down the strip I went on a mission to find out exactly what it was.

‘It’ turned out to be a Crosley wagon and, ‘it’ is the result of a late night Kijiji (Canadian classifieds website) hunt. The body was purchased fairly cheap, less than a grand, with no motor or running gear. From purchase to completion the end goal was a drag car with as little invested as safely possible. “We don’t have lots of money, but we have tools and experience,” says Dave.

In the spirit of frugality there’s not much exotic in the Crosley. Everything is simple and to the point, from the small block Chevrolet V8 to straight axle front suspension. Using some good old Canadian ingenuity (and some borrowed parts, hence the door art) the entire car was completed for under $5,000.

Impressively, the Crosley wasn’t the wildest build the Paddle family brought to the event.

Their most recent project, known as Two Stupid, is the end result of an idea tossed around after a few beers in the garage.

I’m sure some of you are thinking there are easier, cheaper, and less complicated ways to make 400hp, but dyno breaking numbers were never the goal. The point was to find whether they could, rather than whether they should.

Like the Crosley, the Paddle family built this chassis themselves. Cooling is achieved through a single flathead Ford radiator fit with two inlets and two outlets, and a custom throttle linkage connects the two carbs to a single loud pedal. Inside the cockpit are temperature and oil pressure gauges and tachometers for each motor.

Currently the motors are joined via two cogs and a double strand roller chain. This is the actually second method used; the first was a custom coupler made of two Lincoln CV joints, but that system introduced far too much vibration.

With the shakes gone, the next item to sort out is the transmission. At the time of the Bash it was slipping, preventing Two Stupid from making any sort of real pass down the strip.

Ever optimistic, Dave, Ken and Shane still toured the car around the infield much to the crowd’s appreciation. The goal from here is to sort the transmission out and send it down the quarter mile before the year is out. 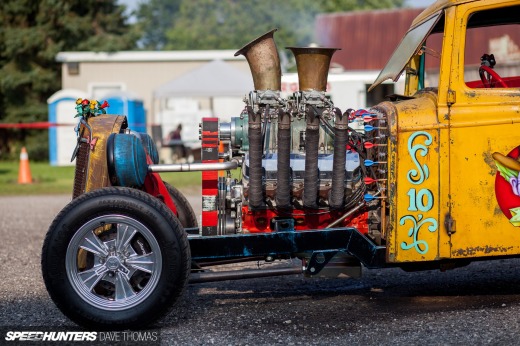 As Seen On TV: A Freak Show On Wheels 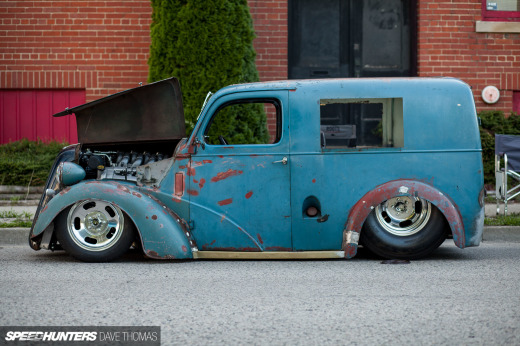 Panel Swap: A Thames Wagon With A Surprise

No Goofs! Celebrating Hot Rods With The ELTA

I thought i had seen that coupler before,
the shot
http://speedhunters-wp-production.s3.amazonaws.com/wp-content/uploads/2009/07/4Motorcranks.jpg

Wow way to dig in the crates! I guess sometimes old tech is best

some things just stick, I thought it was a really slick low buck solution, isolates the vibrations a little and allows for a smidge of misalignment,

Who's hosting this event?

The Ayatollah of Rock n' Rolla? 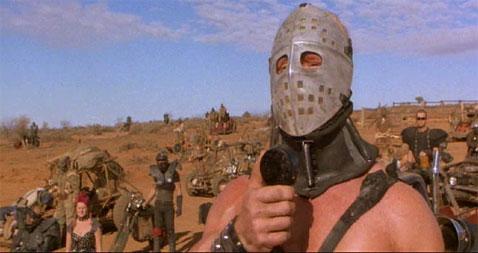 Both of these cars could easily be mistaken for being from the 60's, when experimentation was at the forefront of drag racers minds.

Thanks for the great article Dave, it was a pleasure meeting you, we had a great weekend, Will be back next year, if you come, drop around and say hi. Hopefully Two Stupid will be flying down the track