This spotlight illustrates why I always like to cover the Yokohama Hot Rod Custom Show’s set-up day.

Up until last year, it was simply to do with the fact that the Mooneyes show clashed with the Nismo Festival, but even if it didn’t, the dynamic feel of the event’s roll-in just can’t be matched.

And here’s why; a spotless Porsche 911T sitting outside the Pacifico Exhibition Center, awaiting for its display area to be finished before being driven inside.

Coming face-to-face with such an important vintage car under natural light only adds to the experience. Plus, there was nobody around, meaning I could really indulge in immortalizing this special moment in time.

As much as I like wide and aggressive 911s, there’s something to be said for the pure and understated beauty of a narrow-body Porsche. Especially a Touring version like this, which when it came out in 1968 was the entry level to the 911 range, replacing the four-cylinder 912 that had previously served the purpose.

Much like the base model of all 911s since, the ‘T’ was the everyday Porsche: easy to drive, spacious, seating for four (at a stretch), and of course a ton of fun when pointed at a suitable stretch of road.

The 2.0-liter engine that powered the car might have only managed 110hp, but with only a metric ton to propel around, it was enough to have fun with. Power was raised to 140hp as the 911T progressed into the ’70s.

These cars were all about handling finesse and chuck-ability after all. But we can’t overlook the simple beauty.

This find was a great reminder that we often get caught up paying too much attention and fantasizing about the latest and greatest limited edition specials, when often the pick of the bunch is the most straightforward and uncomplicated model.

i think it's every petrolhead dream to have a 911. Awesome coverage Dino!

Hands down one of the best looking Porsches ever made.

Sure, 911s are nice, I wouldn't mind one myself. But in all honesty the 911 is a very "mainstream" pick for a classic car. While there are certainly REAL petrolheads yearning to own one of these in life I feel like many of these self-proclaimed petrolheads that do not know how to wield a wrench or properly drive them just really want them for their 'prestige-value'.

I believe there are just as great picks from many manufacturers from all over be it classic american muscle or classic Skylines. There are many cars with just as much history and lineage,

Plus, every true petrolhead is different - which is the beauty of it, if everyone always wanted the same life would be boring.

I agree with you. Personally, if i have to choose between a 911 or a Hakosuka, i'd pick the second one (or a HR31). I get goosebumps just thinking about the sound of that engine with a nice exhaust. But, i've to admit 911 has it charm... That's why i wrote the other comment.

We have a Tiffany/RobinsEgg Blue one at my local Cars&Coffee. I've been seeing it for about a year and still shoot SOME photo of it every time it's there. I can't not. 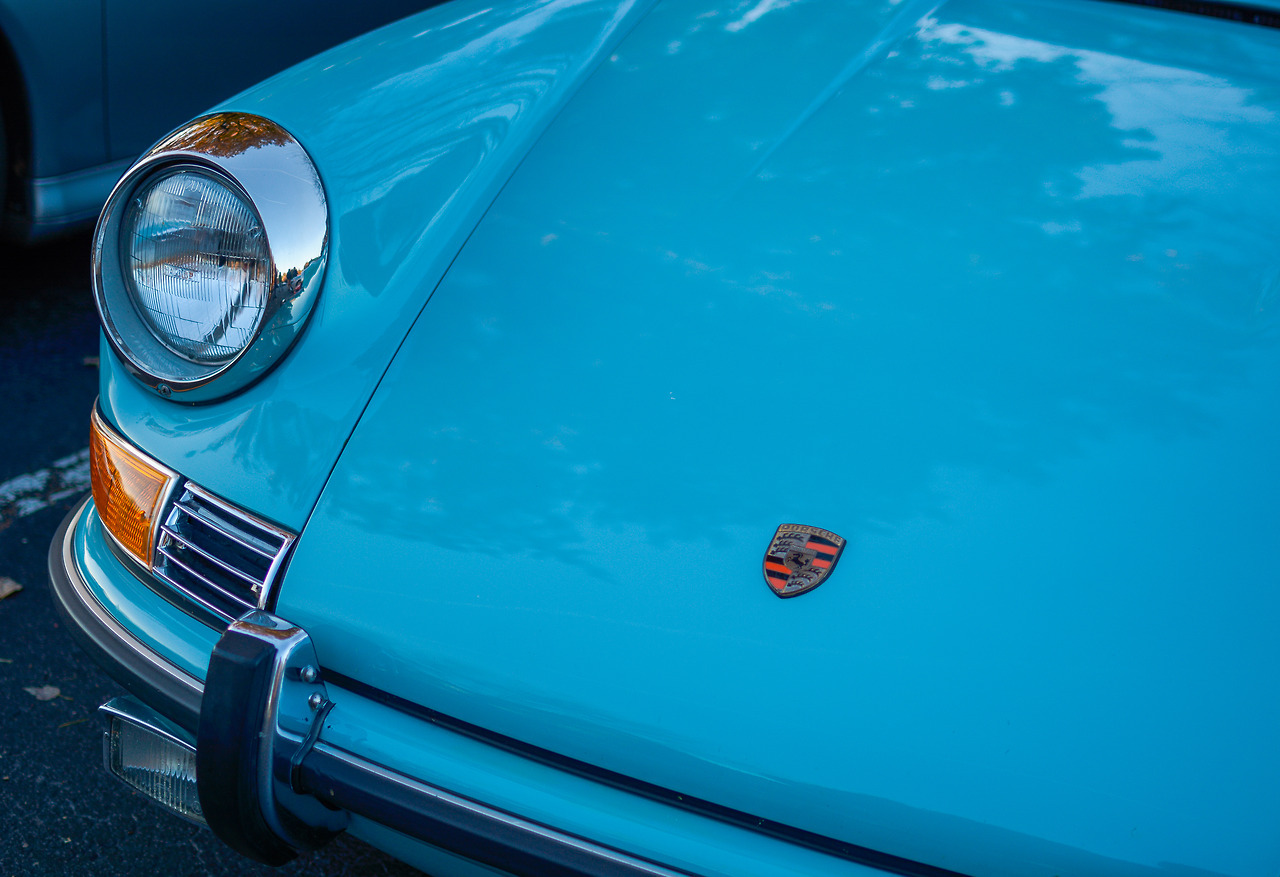 Not trying to nitpick but they did continue making the 912 through 69 (along with the 912e in 76). I actually prefer the 912 because you lose very little power over the 911t while shedding a decent amount of weight.

Well, I mean you can. It really depends on what kind of damage you're looking to do to it. Some people will choose to use the old stand by Baseball bat as that's what they have available. Our friends across the pond may have better access to a cricket bat. Being in the frosty north I would likely end up using a hockey stick but that really doesn't have a lot of weight to it so I should keep a sledgehammer on hand just in case.

Ohhhh, that's not what you meant...

Life goals right there but in british racing green

Nothing else compares to BRG on a 911.

Absolutely stunning car and colour combo, and to find it just hanging out in the open is awesome to see!

Is there any way for the second to last image, to be made into a desktop background size? Such a beautiful shot..

It's amazing how lovely a 911 looks without the fenders mutilated.

It's surprising how lovely a 911 looks, even before the fenders are corrected.

I would say an early Datsun Z car (240z-280z) would be a close contender. I will concede that Porsche and especially the 911 will always have more pedigree, history, and as a result resale value. What the Z trades in pedigree and panache it makes up for in reliability, cost of ownership, and an over all ease of use and maintenance. There is also something to be said for finding a good example for less then $30,000. The Z community has all the enthusiasm and passion of the Porsche-o-files with considerably less attitude and elitism, I would say it combines the best elements of classic appreciation with the fun and whimsy of the tuner culture.

Like todays 'elite' call the GTR a datsun also - because its... Its just a JAPANESE plastic thing... Even so - it outperforms most of the same level 'brand' cars...

This is a good point. At this point people still struggle with old stereotypes associated with brands and even country of origin.

The concept of Japanese cars still being small tin boxes with tiny reliable engines is quite dated. Just as is the concept that all American sedans are giant engine land-yachts that handle accordingly (See the unloved Chevy SS Sedan as it disappears.)

On any given day an American, European, or Asian vehicle cam embody whatever qualities the manufacturer seeks to bestow upon it. Examples of this are more evident everyday as we see magnetic suspension nowadays in everything from a midsized chevy pickup to a flagship Ferrari.

To me the true enlightened automotive enthusiast may still see the badge on the front of the vehicle but can be open and objective enough to admit that ANY brand can make a great vehicle, we just have to be honest enough to accept that.

Yes, a classic alfa would come close, especially given the difference in price

You have to dream about one, own one - and then understand HOW SHITTY it is. It looks beautiful, yes... But how it shifts, how it drives, how it handles and best part - HOW YOU SMELL after driving one - its unrepeatable in any other car. Where else will you be able to find your exhaust fumes coming out from your dash to heat you up? huh?

Theres bunch of cars that are way less mainstream but way more fun, cheaper, nicer to drive and will give you more pleasant days, but if you are all over owning a BRAND - then year - Pork is the one to get...

My Address says it all. In 1998 I found an abandoned project '74 s in a garage at Zwartkops. 3.5 liter twin spark, roll cage and no doors or fenders. Got a 930 turbo crank, oil pump, boat tailed etc on engine, Mahlers, webers, rollcage and suspension and racing style braces and anti roll goodies and Turbo brakes. Took two years to build with SC body (narrow one for an RSR) in every respect I love it over 12000kms on the track now it is a tourer. I still have more fun every time I drive it:-))))