Being relatively affordable, having massive aftermarket support, a manual transmission option, and possibly the most important factor – rear-wheel drive, the Toyota 86/Subaru BRZ is a great platform for enthusiasts to sink their teeth into.

While roaming around Koza Motorsports Festival, I knew I’d find an example to point my camera at. And Toyota (Toyopet) of Okinawa’s demo car fit the bill perfectly.

It will always be up to an owner’s personal preference in which direction they take their build, especially when it comes to following functionality or form, or a bit of both. With this car, the Toyota Racing Development package puts the emphasis on function while still adding a bit of character to the car.

The TRD transformation includes carbon fiber fender aero fins, side skirts, and fender extensions that increase the width by around 14mm on either side. With Japan being the land of GT wings, I wasn’t surprised to see one attached at the rear, via swan neck stays.

Forged TRD SF3 18×8-inch wheels are not only a lightweight solution, they allow space for a larger brakes to be fitted as well. Maybe that mod will be next on the list?

The common complaint with these cars is their lack of power; in stock form the naturally aspirated 4U-GSE/FA20 is far from being a fire-breathing monster.

GReddy set out to solve the lackluster performance with its T518Z Tuner Turbo bolt-on kit, which was specifically designed for the Toybaru engine with all the supporting modifications to ensure reliability.

When combined with GReddy’s intake and exhaust system, the net result is an extra 90 horses at the rear tires, making the car a whole lot more fun to drive, especially through the mid-range and top end.

The interior has been left untouched, the exception being a GReddy Sirius Vision boost gauge which uses a thin electro-luminescent film to create a heads-up display look.

As fun as it is to see some of the more wild and over-the-top 86s and BRZs, seeing one modified in a simple yet functional way is something I can definitely get behind.

The Koza Motorsports Festival on Speedhunters 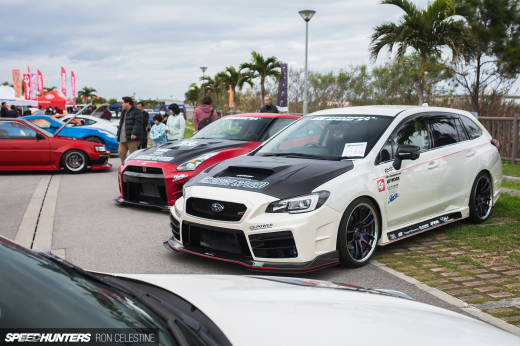 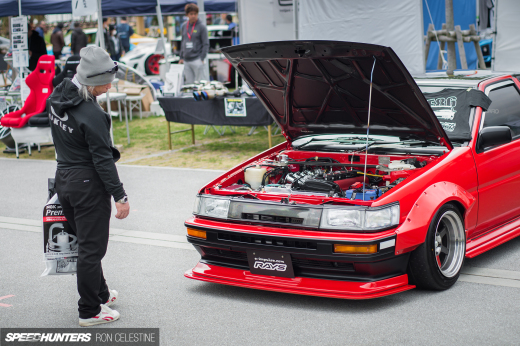 An Impulse AE86 For The Street

Hey it's an A/T car, but still can't diminish its performance allure though.

Good work but why an automatic? A stock car can have a manual transmission too like that transmission is a pain in the ass especially for this GT86. Overall, looks superb.

agreed this looks like the most fun daily driver and track functional car of modern days.

the wheels are God awful. rest is nice tho lol

the wheels are my favourite part

IDK, the rear proportions are too bumper-heavy. They should have used a larger wing to balance it out; as it is, the car looks fat if that makes sense.

I really like what they've done with it but I was very disappointed to see it's an automatic. To me it's just a waste of a great car.

In the past I would have dismissed it for being an automatic, but two weeks ago I rented an automatic 86 in Tokyo, took it to Hakone, Haruna, and Usai, And was really surprised and impressed by how much fun it was. It even had snappy rev-matching on downshifts with the shift paddles. I still plan on a manual for when I order my own 86 twin, but will now respect the auto versions too.

I think that the only people that get to judge the transmission choice are those that have experienced both AT & MT variants. I've only ever driven the MT version, and it was great, but haven't drove an AT in this so I can't form an opinion. I'd wager most others are the same. We also don't know the requirements of the owner, so to describe the car as being a 'waste' is short sighted and pretty ignorant.

I just don't like the wing. A ducktail would look more suitable, IMO with the rest of the car's aesthetic mods. M/T or A/T IDC, buy what makes you happy driving.

Having tried both: the automatic really disguises the shortcomings of the stock (a) powerband and (b) driveline bushings. It's basically harmless. I bought the manual, because obviously.

Sucks its an auto but hey to each there own. Even back in the day people raced Automatics. Lots of muscle cars included...

As for the car pretty sweet executions and some cool ideas, when my warrantee is up ill be looking to some of these mods for my 86.