SHARE Back To Reality: A Las Vegas Lexus LS400

As I was leaving the Las Vegas Convention Center for the final time this week, late for my flight mind you, I noticed an early ’90s Lexus stuck in traffic way up ahead.

I was presented with the prospect of either missing my flight or not delivering exactly what I wanted for my final assignment from the 2017 SEMA Show. The answer was obvious.

I’d been searching my entire stay for something fitting outside of the show itself, something in the real world, but I hadn’t made enough time to explore properly. Between time spent writing (and eating) and the bits of sleep I managed each day, I had found a couple fallback cars, but they just weren’t Vegas.

If you’ve ever ventured here, you’ll know ‘Sin City’ is an absolute one-of-a-kind destination. Whatever you’re looking for, you can find it here. What I hadn’t yet found was a truly local Las Vegas car, built by a person who actually lives here, and who drives here.

That’s why I simply had to shoot this one, traffic and all. It’s not like they were moving anyway, which was quite worrisome as I’d needed to take the same road to get to the airport.

The car was positively glowing against the dark street with a pearly off-white wrap, so I began to click away as the sun went down behind the Rekusasu.

Due to the crunch, I didn’t have time to really get any information on the build. Perhaps the owner kept the V8 1UZ-FE power plant, or maybe not; it didn’t quite have that V8 rumble.

The gent was quite nice, and I’m sure he would have been keen to tell me about his car. If only he wasn’t actively driving down the Boulevard while boarding began on my flight elsewhere in Las Vegas.

The check engine light might be indicative of a swap, but at over 200,000 miles on the ticker, it could really be anything.

Social norms aside, I shoved my camera into the car to capture the rest of the VIP-esque interior.

While you’d never walk into a stranger’s house and start taking photos just because their curtains were open, this behavior is (usually) perfectly acceptable when the subject in question is a car and you’re Speedhunting in a hurry.

As I type this I’m sitting on an inconceivably cramped chair approximately 12km up in the sky, wishing I had taken a couple minutes to ask more about this Lexus. After all, I made my flight by about six minutes, so I ought to have spent one or two of those extra on the LS400 (not really, the airport was quite stressful).

But as big as car culture is, it’s really a small world. Chances are, one of you guys will recognize the owner and can fill me in, otherwise I’ll just never know…

Til next time, Vegas.

UPDATE: The owner reached out to me on Instagram and gave me a bit of info on the build. He’s still making use of the 1UZ and the CEL is on from a cat delete. The LS400 is riding on KW Suspensions V2 coilovers with Slam Specialty bags powered by an Air Lift Performance kit. You can follow his build at jesse_wraps702 on Instagram.

Like the absolutely clean style, way to many VIP´s are too busy.

All it took was googling the name on the "Japanese" front plate to find out. @jesse_wraps702 is the owner's Instagram.

I love everything about this article. So real! The car is dope. Great find! Would love to find out more information.

As much as I had wished it was a 98-00 model LS, this is still pretty sick. I dig it a lot, and I like the article content too.

Hey there! This is my close friend, Jesse and his beaut of a Lexus. His Facebook is Jesse Wraps and his Instagram is @jesse_wraps702 ❤ beautiful article. I am 100% sure he would not mind telling you his journey and build of his "baby".

So the ls400 that you caught was actually one of my buddy’s that lives in Vegas, in if the most chill down to earth guys that would do anything and everything for anyone! If you want his name go ahead and email me back and I can get you his info!

The vibe of this is amazing. 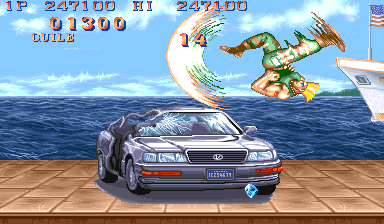 The man knows the importance of detail...super neat build. Speedhunters, question... Do you guys do heavy post production on images? The reason I ask is because the depth of field on the interior shot where he is in the picture seems tricky to take? The door frame (foreground) is blurred, the outside past the driver is blurred. Everything else is sharp!! Any tips to get DOF so spot on ... on the fly?? or is it post production??

Paddy is spot on here...I think that shot was on a full frame with my Sigma 35mm f/1.4, probably around f/2.2. You can recreate this soft focus effect (bokeh) fairly easily with a super cheap 50mm f/1.8 on any camera body — shoot in aperture priority and see what you get.

Clean old car, but that driver looks like a total waste!

it always amuses me to see such clean cars while owners themselves can be shabbily dressed, especially in vip circles. cars done up in luxurious elegance whereas the dudes are wearing baggy cargo shorts n' slides. sittin' on opposite ends of the spectrum.
different priorities i guess!

Jesus F$%K you have multiple people above vouching that this guy is really chill and down to earth and would do anything to help anyone. Trevor caught him in traffic (not a planned shoot) and the guy let him stick a camera all in his car is dressed in fresh Hat and Shirt. Has this super sweet build but someone is calling him "A Waste"??? That's offensive as Hell.

Haha Jerry and Crinale, I'm sorry you guys feel that way! I honestly didn't realize a t-shirt, shorts, and a hat during summertime in Las Vegas was "A Waste" look. I guess I should have worn a suit.. Thanks for the nice words, BrandonB00! It's sad there's so many judgmental people in the world. Don't judge a book by it's cover guys!! I'm a pretty laid back, nice guy if you get to know me. Take care!

didn't mean to offend, but clearly i did, haha!
you do you, whatever you like, and take it to a point you can be proud of. and you can be with that car

this was also inspired by the recent post with a glimpse into LTMW shop. clean af cars, but shop looks as messy as my room

Haven't seen a real VIP build in quite some time. Much respect.

Just want to say thanks to all the people commenting! I really appreciate all the kind words! Follow my next build (bagged 92 Toyota pickup) @Jesse_Wraps702