Back in July, Subaru announced that its Impreza WRX STI Type RA NBR Special had lapped the 12.8-mile-long Nürburgring Nordschleife in a record 6:57.578 to claim not only the fastest sedan title for the famed German circuit, but also that of the fastest Japanese car. Now the team behind the project is showing us how they achieved it, and what the run looked like from within the car.

Built at Prodrive in Banbury, UK, the WRX had already proven its ability by setting records at the Isle of Man TT and the Goodwood Festival of Speed hill climb prior to taking on the Green Hell, and its specification reveals just what a special machine it is.

Purpose-built for the task, Prodrive’s engineers began with a bare WRX STI shell, fitting a full roll cage for added strength, stiffness and safety, before dropping in a WRC-spec 2.0-liter turbocharged engine good for 600hp at 8,500rpm on 25psi boost pressure. That power is translated to the ground via a paddle shifted WRC transmission with automatic clutch to 9-inch-wide slick tyres at all four corners. For the Nordschleife attack, further enhancements were made to the aero package in order to boost top speed, specifically an F1-derived Drag Reduction System (DRS).

Impressive as it all sounds, nothing could translate it better than video, so check out the short film above for a behind-the-scenes look at how the Nürburgring challenge came together and played out, and the video below for in-car of Le Mans driver Richie Stanaway’s record-setting lap. The latter is absolutely mind-blowing…

Nice lap, sawing without fear through Sweden Cross at 1:40 doing 238KPH ! I would like to see someone push to the 6:11 mark set 34 years ago but I think they would need an even bigger rear diffuser.

If memory serves me right, 34 years ago they made a bypass for the construction of the F1 track and the green hell was temporary shorter.

You are indeed correct, the bypass which separates the F1 Grand Prix track from the Nordschleife was put in in 1982 and the record was set the year after in 1983. Sorry I should have put the year it was added, my bad. This allowed for the building of a purpose built [safer] F1 track and is still used as the division between the tracks. The Nordschleife remains the same length now as it was back when the 956 done it.

Tire? Compound? Surprised they only fit a 9' wide tire on the car.

Only good for one lap. 9'', or 245 tires are plenty if the car's weight is distributed correctly.
As the head chief stated, they mapped the engine with 600hp, no need to have more horsepower and loose grip and put the driver in a situation he can't handle the car. Remember, cars/ companies of this caliber think about balance and cover all areas, not just mechanical grip or top horsepower.

Damn, it would be cool to see them "bring it out of retirement" and run the ring.

Said this when they first introduced the car, and I'll say this again now: that's no more a sedan than a DTM "S4" is a sedan.

Except a DTM car has a carbon tub and full underfloor aero and shares absolutely nothing with a road car. This Subaru is built from a production shell.... They are worlds apart.

So wait are they trying to claim a production sedan lap record when they essentially used a fully prepped racecar?

I don't think they're claiming the production record, just a sedan record.

It's one thing to buy a showroom stock STI and the strip it and whatever, but here they bought a body in white and then built it from the ground up.

It can be done with every factory STI. It uses production steel body, has 4 functional doors. It's typical time attack car, based of road car.

This is the 2017 sports package, its a factory option *honest*

When you're at school and can't watch the lap :'(

Wow, Richie Stanaway is going from strength to strength this year. First setting this record and notching a VA Supercars win this past weekend.

Best part is at 2:22 the ancient Nokia phone in the centre console. 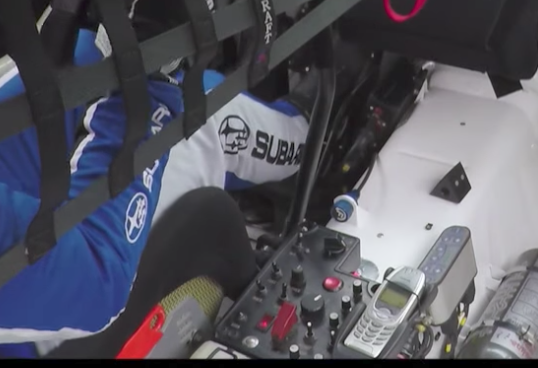 I am greatly interested in the suburu wrx,but which of wrx is the most reliable one from 2002 to 2010.