The DTM and the Japanese Gr.A touring car series are two of my favorite championships from motorsport history. It was race series like these two that I feel created the biggest brand awareness between manufacturers and their fans, and it was all thanks to the souped-up production machines that battled against each other on Sundays.

The base machines were the dream cars of the late ’80s and early ’90s, one of them being the W201 Mercedes-Benz 190 E 2.3-16 which boasted a 2.3-liter four-cylinder engine complete with a Cosworth-developed twin cam cylinder head.

That car was further refined in the later 2.5-16 variant, with Evolution and Evolution II versions following. In its ultimate 2.5-16 Evo II street car form, the model sported beefy fender flares and a towering rear wing, and came packing a 235hp punch from its AMG Power Pack equipped 2.5-liter M102 engine.

While the car here resembles a 2.5-16 Evo II on the outside, inside it’s a different story. Instead of a 2.5-liter Cosworth and AMG-tuned inline-four up front, there’s a 500hp+ Toyota 1JZ with a big single turbo.

The kit itself is full custom, and adding to the overall look are a few DTM-inspired touches.

I ended up choosing this car as my favorite of Art of Speed 2017, a vote that allowed its owner to win the ‘Best of Show’ award and a trip from Malaysia to the Mooneyes Hot Rod Custom Show in Japan as a prize.

If this car wasn’t a replica, there’s a very good chance that its owner would hardly touch it; it would more than likely be kept stored away in a garage waiting for its value to increase even further. But the reality is, this 190 E gets used on the streets and sees regular action on the mountain roads outside of Kuala Lumpur and at Sepang International Circuit.

It’s built to look like an icon, and with some outside the box thinking it’s been given double the performance. To me, that’s just cool. In many ways it reminds me of all the Hakosuka and Kenmeri GT-Rs driving around in Japan, that in fact aren’t GT-Rs but replicas. Porsche 911 RS, CS and RSR clones fall into the same category, and it certainly doesn’t bother me.

A modern pair of supportive OMP seats and a matching steering wheel spice up the simple ’80s cabin, with JDM gadgets like the A’PEXi AVC-R and turbo boost gauge hinting at the fact that this car is far from your average W201.

The Other Side Of RAUH-Welt Begriff

This is the sort of story I come to Speedhunter for. More please.

You mentioned 911 Race clones and Hakosuka/Kenmeri clones too, get some more stories on those

While I really like the looks, stance and replica feel, I am not so sure about the 1JZ.
I am old enough to have seen these DTM cars in wildlife back in the 80's and at least to me, the immediate goosebump treat given by the enormous induction noise of a high-reving NA engine makes a significant part of the very specific fascination of these cars.
Don't get me wrong, its not that I disgust big single turbo 1JZ engines - not at all ! It's just... well kinda mismatch to the looks of this car.
Of course, this is just me.

u know something? 1jz to that 190e doesn't need much work. they share the same mounting. just pnp. as im using the same engine to my merc.

Probably because it's easier to access/build a 1JZ than an N/A over there. Or the owner had one lying around and threw it in (i.e. knows how to work on it)

It is a track car, so things will break.

I do agree on that I can't stand the mismatch as well. I would like to see work done of a performance car when opening the hood and see the engine of the same brand. If I see a different brand then it's quite a turn off. High HP gains are quite short term thinking and plan because alot of people in Malaysia does this all the time but never keeps the car longer than 2-3 years before moving on to something abit more authentic. Plus alot of people here do not have the knowledge or creative thinking, for example, to build a turbo 260E at 600hp on stock internals that someone else has done before. Most people can do the RB26 or SR20s, but that's so cut and paste....

I think the mismatch, is about the type of engine, not the brand specifically. A high revving, naturally aspirated, four cylinder engine would be a better choice for something that's a DTM replica. I would love to see an S2000 engine, stroked to 2.5 liters, in this car.

I get where you guys are coming from but if the owner went for a modded 1J it's probably because he wanted torque and heaps of power. And create something different

Well in this South East Asia region, european performance parts, engines are very expensive and is not really healthy for the wallet in the long run. Hence opting to a Japanese engine (Malaysia is closer to Japan) is considered as a much wiser choice. Cheaper to run and easier to gain more power IMHO

Sure, I can fully understand that. By the way, even here in Germany a 1JZ would be less expensive compared to genuine DTM spec parts for a 2.5 16v Merc.

Nevertheless, just for my personal taste, the near perfect DTM replica livery doesn't suit the 1JZ well.
But hey, it's not my car, so who am I to judge.

It had no livery before, as I recall... just a black 190E with Evo II replica kit.

You're right bro. It was running on 5 spoke gold wheels previously. Its resembling a real DTM car now.

Definitely wicked... looks like Klaus Ludwig's Evo II back in the day

You're from Germany?? I thought that a genuine cossie 2.5 16V would be much cheaper there since Mercedes is from Germany. I must be wrong all this while. Yes for the purists and enthusiast, it is quite "off" to have a motor which is not as the original car. If it was me I will opt for the original cossie engine too... But this is a common practise here in Malaysia. A bimmer with a RB/JZ swap for example. But its a good thing we have the good ol days DTM fans here. I wonder if theres a E30 M3 steve soper replica around here in Malaysia.

Yes, I am from Germany and yes, I am soooo old that I have seen Steve Soper, Roberto Ravaglia, Joachim Winkelhock and all those guys in real life on track

Ahh.... how fascinating! I'm 8 years old when Evo II was running around in 1992... So definitely you are a veteran sir

Hands down the 190 E is the only merc ive ever liked and this one takes the cake. Sweet find!

Learned about this car on Top Gear. Hammond drove in one with pink-ish paint; it was super cool lol.

There is one in Japan, I mean the proper DTM version...

For TWO years, I want to have a closer look on this 190E, which had gold 5-spokes wheels up until last year... thank you Dino & Art of Speed for making one of my list done!

Glad to be of service

Nice ride! But one gotta be careful driving around a car with a bulldozer front spoiler. This is especially the case for Malaysia, land of giant pot holes, multiple speed bumps, endless road construction, etc.

Yeah I saw the pot holes! You guys should get an award for that haha

Anymore pictures of the E34?

Ugh, these cars are so cool. I photographed an EVO II in New York once I spotted on the street. I'd love to own even a 190E 2.3.

It is common to have japaneae powerplant inside the belly of european cars in Malaysia..my dad used to have a 190 with sr20det mill 10years ago..unfortunately the car was chopped down by his friend..

Dino, have you heard of a certain E34 with a V12 somewhere in KL? Maybe you wanna start digging. 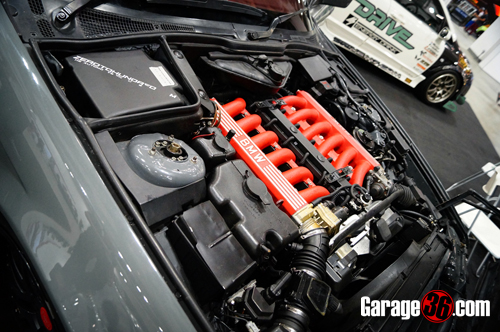 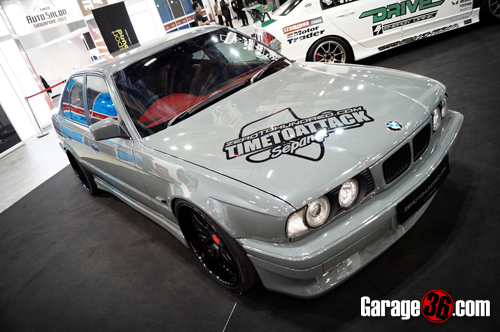 that fitment (AND tire size) - mmmmmmm, mmmmm, mmmmmmmmm - ever notice how functional is never trendy?

what wheels are those?

Hell-to-the-yes! I love when you guys cover Mercedes; just enough that I get excited to see them and carefully read each article. Props for the photos and words. I do miss the list of parts or build with each car you would feature though.