I have a confession to make: I’ve never been to the Goodwood Festival of Speed.

Over the years, I’ve made the pilgrimage to the famous Goodwood Revival, an event which perfectly celebrates racing’s golden era. I’ve been to Players Classic several times, itself hosted at Goodwood Circuit. But despite passing the entrance to the world’s most famous hill climb countless times, I’ve never made it to the Festival.

In some ways, I don’t think we’ve ever fully committed to the Festival of Speed on Speedhunters. Jonathan Moore put in some sterling solo efforts in the past, but one man, no matter how good, can tackle something of this size on their own. This is now plainly obvious to me.

Having left Ireland 20 hours previously, we finally arrived at Goodwood earlier this evening. While the event doesn’t start officially until tomorrow, the roll in has long been underway. And what a roll in it has been.

I’ve currently only made it as far as the paddock where James Deane and the rest of the drifters are based, but already I think I could die a happy man. McRae’s Impreza, Sainz’ Escort Cosworth, R18s, long-tail McLarens, all just casually sat in one area right beside us. It’s surreal. That’s not to mention the paddock full of Ferrari 275 GTBs and 250 GTOs, a completely priceless assembly of cars.

For this year’s festival, we’re going to make a pretty solid attempt at taking things up a notch. Daily updates here, regular updates on social media including our usually dormant Instagram Story, and in-depth coverage after the event. Essentially, we want to deliver the sort of coverage that the Festival of Speed deserves.

There’s lots of things happening, some you will be well aware of, others not so much. Like why is Chris Forsberg looking so damn dapper this evening? He has good cause, the sexy bastard.

When I’m not arguing with 78% of you in the comments (no, you’re wrong) I always try to get a feel for what you want to see more of. If one thing is abundantly clear at the momenty, you want more speed.

Well, this weekend, you’re going to get it.

I can't wait to see! Being in Canada, this is more of a 'one day' listing.

If I may correct you Paddy, (after the 5th picture, not counting article's main cover picture), you probably meant to write "can't". Otherwise, great article! Now that I think about it, after the 2 years taking my daily dose of fuel on this website, I've never ever seen a coverage of Goodwood. And yes, comments are more and more getting touched by the internet cancerous plague of constant arguing, though you seem to enjoy it..

And yes, comments are more and more getting touched by the internet cancerous plague of constant arguing, though you seem to enjoy it..

Oopsie, was messing with the features. Anyway, I said that it was just a personnal feeling after reading a few recent articles' comments.

Sorry. I was trying to be funny. I failed it seems.

Don't be sorry, it's more my fault than yours that I didn't get your point.

"Not one man can't" - That would make it a double negative.

"Jonathan Moore put in some sterling solo efforts in the past, but one man, no matter how good, can tackle something of this size on their own."
Well, it's not too big of an issue anyway.

As a rally fan, can you try to do a feature on Collin McRae's old car? Please Paddy?

I went to the FoS for the first time last year and I can assure you it will stick with you forever. I haven't been to as many events as you, but it will easily trump most of them. It will spoil you in ways that for the next few events you go to, you'll compare it to the FoS in some way. Everywhere you look there's some car somewhere. And you have to walk to the rally stage at least once. The tractors are easier, but it walk is worth it. I made it a goal starting next year, to get to every FoS from now on. But I live in the US so it'll be tough.

If I worked at SH I would be asking to drive something like this. How come SH doesn't ever drive the machines that they do articles on? 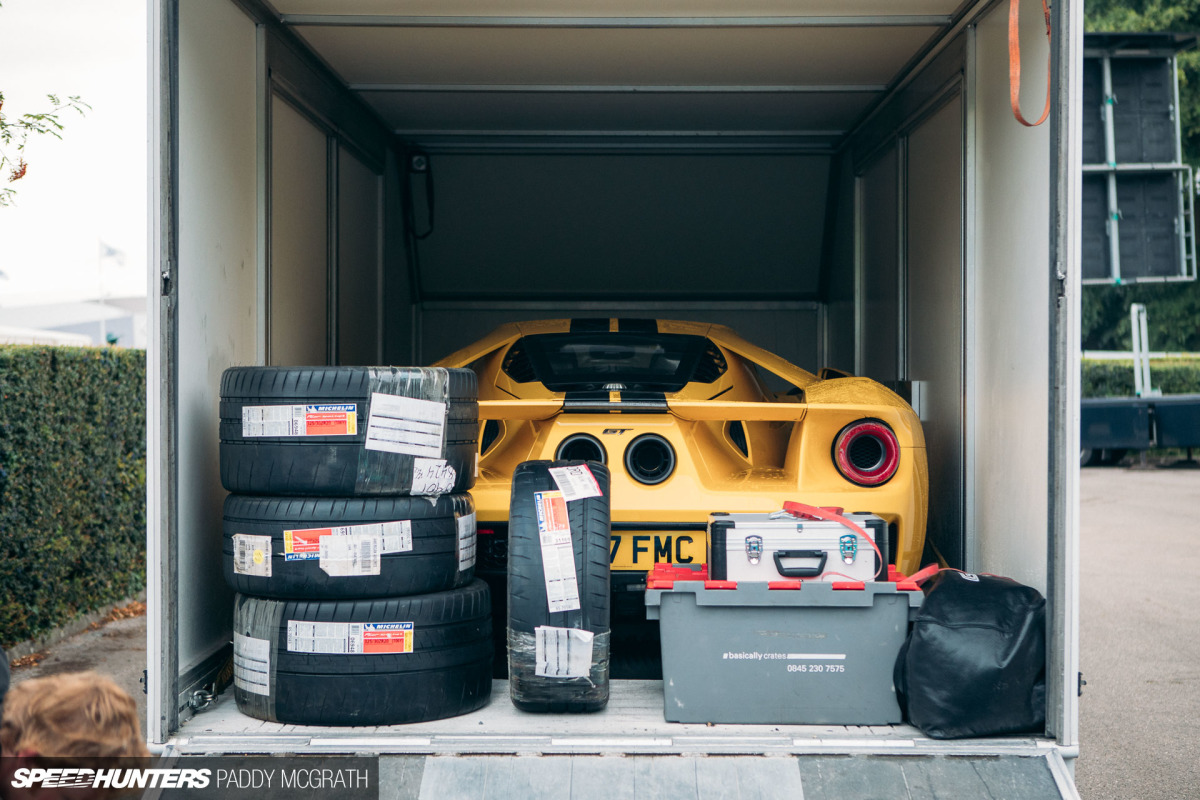 We do, sometimes. It's just often hard to shoot and drive at the same time, so you need a larger production budget to hire extra photographers. Also, manufacturers don't just give their super cars to just anyone.

You're in for a treat this weekend then! I remember watching FoS on TV about 15 years ago during some dreary family holiday thinking now thats the kind of place I'd rather visit. Two years ago I finally got round to it (inspired by Speedhunters no less) and thoroughly enjoyed every minute of the weekend spent there.

If theres one thing to take away its most definitely the size of the place... I couldnt find the Michelin supercar paddock till the 2nd day, and even as I was leaving realised I completely missed the McLaren stand tucked away... Also take the tractor ride to the top rally paddock when needed.... Its a bigger trek than you first realise and saves some serious time...

Beyond all have fun soaking it up, its a genuine delight for anyone with even a hint of petrol in their veins!

I think you may find yourself recycling the title of your recent Players article Paddy: NOW you are at the World's Best Car Show!

It's an incredible weekend and, as you have already stated, impossible for one individual to properly cover. Don't stand still for too long and don't ignore the rally stage: it's the best bit of the FoS and lots of people seem to ignore it!

First time was 2015 and i loved it so much exoitica to look at! Noise smell sound its got it all.

Car that stuck with me was a March 1976 6 wheeler. Sound amazing at full beans.

Is that RX-7 a grip or drift car? looks sick in my opinion.

That picture of the Ford GT in the trailer gave me chills. Looking forward *very* much to the coverage!

Thanks Paddy and SH Team.

A slant nose Porsche, Martini Lancia Beta I only heard about yesterday, BMW M1, E30 M3, countless Ferrari's and Mclarens whose alpha numeric codes I am only beginning to understand, and the Renault 5 turbo. I hope to see all of these and more on my feeds over the weekend and sometime in the not to distant future get to Goodwood to take it all in for myself.