For what was just a fleeting moment in time, this E38 left one hell of an impression.

I’m currently in the midst of sorting through several thousand images for the next instalment of the Worthouse Drift Team’s tale, which is coming early next week for those of you waiting. Before I started into this unenviable task, I wanted to seek out a handful of images of an E38 BMW 7 Series which was present in the paddock at Wall Speedway, New Jersey on the Thursday of the event. It wasn’t part of any planned display, it was just there.

To say it stole a lot of attention would be an understatement; nearly every person I met asked if I had seen it. It was pretty hard not to see it, in fairness. From the little that I was able to learn about the car, it belongs to Dominant Engineering and runs a semi-static setup consisting of custom valved Stance coilovers with air cups to provide a small lift when required. The wheels are ultra rare BBS Alpinas, which appear to have been converted from 2-piece 18-inch to 3-piece 19-inch with a stepped lip.

It’s not the first low E38 in existence or anything, but it might be one of the best executed that I’ve come across. The E38 is a chassis which lends itself well to the VIP style; its low slung shape only seems to get better looking the closer it is to the tarmac.

Okay, that’s enough procrastinating from me, it’s time to get back to work…

Businessman In A Tracksuit: A Custom Wide-Body 7 Series 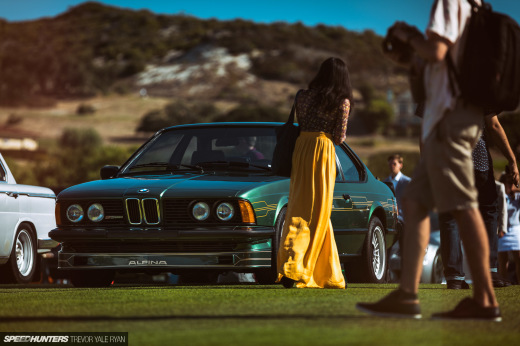 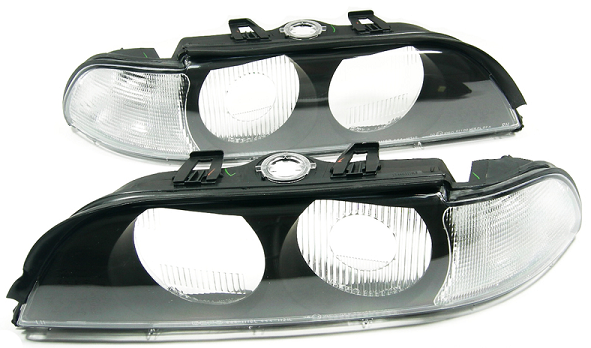 Like Fuchs on a 911, BBS wheels are really the best way to go for a BMW. It just doesn't get much better.

The ones on Dino's drop top project speak to this point.

These fan-spoke style wheels always look fantastic on a bmw. Those old 7series are fun to stare at stock tbh, this one is pretty damn cool.

Love these cars! Old man has a 740li been a great car since he bought it in 99, still going strong even tho apparently they were prone to electrical issues he never had any or any major issues and it's got 250+ kms.

I just really like to know how and who does these 2/3 piece conversions to the old wheels in Australia. I think it looks freaken amazing! Old man has the 16inch wheels that are in the photo I attached and would love to turn them in the a 3 piece! 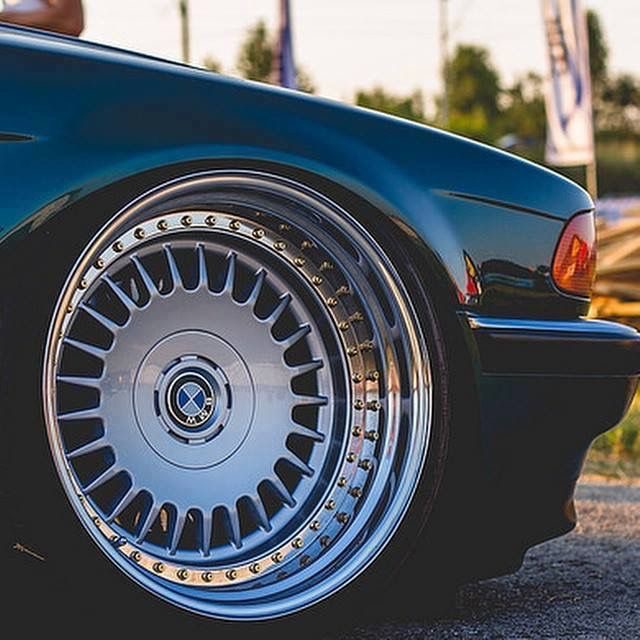 Dom is a crazy talented fabricator (and also BMX freestyle rider). He is pretty quiet, but his knowledge and talent speak loudly. He does a lot of prep and maintenance work on Tuerck and Forsberg's demo cars, and he also crews for Ryan at FD events. Cool guy for sure!