Riding in the way back

It’s amazing how childhood memories stick with us, isn’t it? I mean, I have trouble remembering what I did last week, but there are things that happened when I was six or seven years old that I can recall as if they happened yesterday.

Often times these memories go back to the most fun, most exciting moments from our childhood. Maybe it’s a little league triumph, or an unforgettable day at amusement park or some awesome Christmas presents. But the great thing about being a kid is that you also can be excited by seemingly mundane things.

For people like us, cars always seem to find a way into these memories. Perhaps you remember the first time you saw a Lamborghini driving down the street, or the first time you went to an auto race and had to shield your ears from those loud, but magnificent sounds.

But just like those other memories, sometimes it’s the more normal, everyday cars that can leave a lasting impression on kids. I can think of no better example of this than the family station wagon – more specifically the type with a rear-facing seat in the back.

For decades the good old station wagon was the go to choice for families in America, but by the ’80s and ’90s the minivan and SUV had replaced the wagon as America’s favorite family haulers. It’s quite sad.

Yet, for a generation of kids there were few things more fun than going for a ride in the family wagon. Things got even better if the car had a rear-facing seat in the back. For a kid, sitting in the ‘way back’ facing backwards with a huge window is about as good as it gets – whether you want to take in the sights or make funny faces at other motorists who can’t look away.

One person that grew up with such memories was Rob Panlilio, co-founder of the successful street wear brand Crooks & Castles. Rob’s got himself quite a collection of modified exotics, including a Liberty Walk Ferrari 458, but one of his favorites is a bit unexpected. It’s a W124 Mercedes-Benz 300TE station wagon.

The joy of wagon

Like a lot kids, Rob spent a lot of time riding in the back if his parents’ station wagon, and once he had the means he wanted to recapture some of that childhood fun.

In fact, I loved the car so much that when I saw it at the Offset Kings show in Long Beach earlier this month, I just had to choose as it as my pick for the Speedhunters #FeatureThis award.

Not only was Rob’s wagon unique, but it had a certain subtle appeal that set it apart from many of the cars in the show. Unlike those other cars, there was nothing on this one that screamed ‘look at me’ and that was refreshing.

In the time since he’s had the car, Rob has invested plenty of money in getting the Benz to look how he wanted it. At no time though did he want the car to be in your face – that’s what the 458 is for.

Exterior-wise, the body of the Mercedes is essentially original. However, thanks to some fine body and paint work  the car has a quality that you just don’t see on Mercedes cars from this era – especially in wagon form.

And while his main goal was to keep the car as clean and original as possible there were few areas where Rob wanted to add some style.

The first was the suspension. There’s absolutely no denying the coolness factor of a station wagon that’s been dumped to the ground and to achieve this he spec’d out a custom Accuair air ride setup.

Few cars better portray the beauty of bags than this wagon. Slam it to the ground when you want to, and when driving down the freeway set it at more moderate and comfortable height.

Those are 18-inch HRE 501s a from the brand’s Classic line and they give the Mercedes a perfect modern-meets-1990s-gangster appearance. Tires are 215/40R18 at each corner.

Moving to the interior, you’ll find that everything has been redone to a level that almost makes the car seem better than new.

Not only that, but as I looked over the interior of Rob’s car I was reminded just how damn tasteful and clean Mercedes interiors were at this time. I really wish that could be said about all the cars from the ’80s and ’90s.

As for now, the drivetrain on the wagon is original, but Rob tells me he’s looking forward to taking the car to the next level some time in the future. What’s that? Something about a late-model AMG V8 being wedged in there? I certainly have no doubt this guy’s got the means to do it.

The Mercedes-Benz 300TE is not an expensive car. Hell, you could probably go find one on Craigslist for the same price as similar year Honda Civic. But Rob didn’t choose this car because it was cheap, and he certainly hasn’t approached the build that way.

He’s invested far more time and money than most of us would ever put into an old station wagon, and that’s why I like this car so much. For Rob this wasn’t a quick budget build, nor was it something to show off and stack up the likes on social media channels. He did it because he loves this car. It’s a way of tapping into child memories and staying in touch with his roots.

Perhaps best of all, now that Rob had kids of his own, the little ones actually prefer getting rides to school in the wagon rather than his faster and more exotic machinery.

And so the cycle continues. The grown ups might have moved on to their boring crossover SUVs and minivans, but the kids still know what’s up.

Exterior
Full respray in with gunmetal grey by Platinum Motorsports 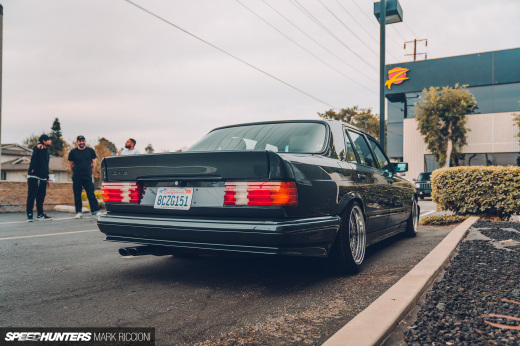 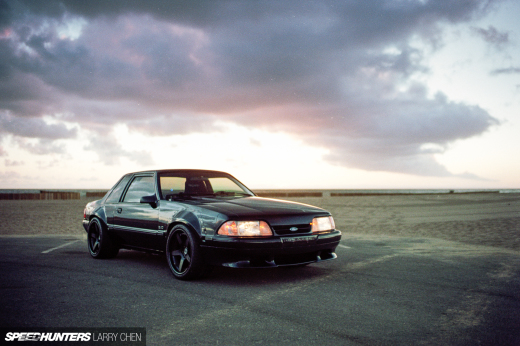 Wow.  That is so cool.  What a cool guy.  He is so dope and cool and fresh.  I wish I was that fresh.  Such bags, much tucked, designer hat, very wagon.


Perfect timing to shoot the sun flare, it's pretty awesome! But the first 3 shots were cropped like Jonathan Moore would do: very awkward and clumsy.

Matthew Jones did a excellent job at capturing the soul of this w124.

As a guy: excuse me while I go empty the bucket of drool I've just collected.
As a dad: That car seat though:)

Personally, I don't see what makes this car worthy of a #FeatureThis award. Sure, it's an uncommon platform, but it doesn't strike me as being very special, due to its modifications being both minimal and mundane. Were I tasked with choosing a #FeatureThis vehicle, I'd be looking for a car whose owner went the extra mile(s) to make it distinctly their own creation.

All that being said, however, I can respect your taste, Mike. It's undoubtedly a lovely-looking machine. Isn't diversity wonderful?

But I have to ask because maybe I misunderstood, what do you mean by "However, thanks to some fine body and paint work  the car has a quality that you just don’t see on Mercedes cars from this era – especially in wagon form."


Are you implying that Mercedes paint and body work quality wasnt good in the 80s and 90s?

Must be uber-cool to drive in the trunk, gotta get into such a car someday, then trolling people on the highway. This must be a lot of fun, even for grown ups

I'm happy to be the guy that got to build the suspension system for this car.  The owner is a great guy and has great taste in cars.  This is one my favorite builds due to the cleanliness of the install.  Out of site and out of mind.  You would think this car came from the factory with air suspension.
Jesse Jenson
@angrymade

@angrymade  Where is everything? Spare well and side panels?

Wow, just a great car. Been driving wagons forever, glad to see the love. Only way this car could be cooler is if it were a '90 Taurus wagon(jk that's my childhood)

Not a fan of air suspension but I tip my hat on this flawless build. Don't see many well built wagons like this, great post!

Matt Jones so good to see you on here! Great stuff bro

There are a lot of old Volvos around too, doesn't mean they had good paint jobs =P
I think he meant the overall fit and finish on the car's panels, not the actual build quality =)

I want to see the car..not a lens flare. A third of the pictures are don't show the car clearly.

Great story! I grew up in and around a 1963 VW beetle, the idea of getting one has crossed my mind quite often lately. I like Rob's quality but subtle approach, air ride is the perfect setup... mean stance whenever needed yet keeping the car fully functional.

Yeah I think we all have a car like that. For me it's my dad's GTO, which fortunately he still has.

You know, a properly done Taurus Wagon could be pretty cool. I'd like to see that.

I meant on a car of that age. Most cars from the 90s that haven't been repainted are usually quite sun baked here in California.

Like I said in the story, I liked the simplicity compared to some of the other cars.

Only a V8? why not one of those 6L V12 that AMG had in some of these things? great build, so refreshing to see something thats not so in your face and actually used but still ridiculously cool

When I was 5-year old boy, my father got a Honda Life. Later, he changed to KE70, this is the car that I liked so much.

@kristian Oh, that could be pretty sweet as well.

Ohh love this so much, do you guys have any more shots of the interior?

My Father Bought a 300TE  18 Years Ago. Just when I was Starting to Drive on My own.

all of My Driving memories are In A 300TE. Sublime car. Unbelievably Good Cars.
it is the car that I Got all of My Driving Experience in. you can Drift it, Donuts ,burnouts or quick B road Sprints.all in the awesome 300TE.

DaveT  yeah everything is in the spare tire well.  It's a 3-gallon tank with a single compressor using the AccuAir EXO-1 mount.  I used the mounting bolt for the spare tire to hold the system in place.

Cool wagon. I love this article. The first ones are what really sticks to you. We had a KE70 Corolla once, it was a lift back model. I was too young to drive it then and my parents eventually sold it to get a bigger car. I still dream of owning that kind of model Corolla and have it modified. Ah yes...

Mohammad Zeya
1 of the best cars ever made ...

I was really looking into buying a Volvo 245 to this theme - old station wagon, rwd, cool stance......but with steelies, fat tires, and turbo engine. Because I didn't find one for my project, the Mercedes looks pretty tempting.....

For my first car I want an e30 estate or somethin similar. Proper ratty with bbs mesh wheels