I’ve often heard people make the excuse that if they had press access, they could easily take better photographs. Their assumption is that the closer you are to the action, the better your photographs. Unfortunately, the reality of this is quite different. Sure, there are times when it’s advantageous. But often the best photographs are captured not because a person has press access, but instead had the eye for the photograph in the first place.

Rallying pretty much invalidates this issue entirely. With stages so long and varied, if you can’t find a good spot to shoot from, then you’re in the wrong game.

(Above) This was just one of many superb submissions from Lex Ulanov. It’s a simple shot but the technical execution is flawless and depicts the four-wheel-sliding, debris-spraying side of rallying that we all love.

Maybe Aurélien will fill us in whether this was his own remote flash or the lucky capture of someone else’s. Regardless, the result is dramatic. Beautiful tones and ambiance.

Bill gets bonus points for submitting all of his entries from 35mm film scans. That film quality along with the car at the bottom of the image made this a stand-out submission.

Getting low is probably the last thing you want to do in a muddy forest, but Eric has used the low vantage point to create some leading lines towards the focal point of the rear of the car.

This was a pretty tough shot to get, but James nailed it. Shooting into the low sun, James has controlled his exposure well along with controlling the motion in the image to emphasise the speeding 6R4.

I think rallying is defined by jump shots. The panning of the low flight path of this WRC Citroen really enhanced the sense of speed. You can hear it buzzing on the limiter as it comes past.

By showing a little bit of where the car has come from, we learn a little something about this oversteering quattro’s path through the stage.

For the benefit of your lungs (and your camera’s innards) this is a pretty good demonstration of why it’s at least more pleasant to be on the inside of a corner on a gravel stage. The slow shutter pan adds the majority of interest to this image, along with strong colours.

You need to think just how fast this WRC Fiesta was going to get this high. You then need to imagine how hard it was for Max to nail this panning shot of the car in full flight. Just to add to it, it’s more than likely the car was obscured behind the jump as it arrived so Max was trying to allow for something he couldn’t even see.

Captured before Max bought his first DSLR, he anticipated the flashes from other photographers to capture a dramatic shot from a spectator area.

It’s always tricky shooting a car head on when they have their headlights on, let alone a full compliment of spotlights too. Riccardo has done a great job regardless, with this incredibly moody quattro capture.

I’ve said it time and time again but you often just don’t need to fill the frame. You just get so much more, not to mention how the snow is reacting to the quite sideways Audi.

Framing wide can also lend itself to enhancing the atmosphere. Rather than being just a rear view shot of a car going away, we get the full location, the other spectators, the sky and a whole heap more.

The last of this theme’s fifteen choices is this shot by Todd Bebb. A perfect black and white that accurately captures the feeling of being buzzed by a WRC car as it comes through a stage.

This was a tough theme to choose from, and I can only thank each and every one of you who submitted. Even if you didn’t make it this time, please know that you did contribute something to the end result.

We’ll be revealing the Big Theme, our first high resolution theme at the beginning of next week.

Have you submitted already but not yet been featured? Here are some tips to help you…

DO – Tell us your name!
DO – Submit your best work, regardless of when it was taken
DO – Take your time shooting and consider each detail
DO – Try to submit each image no larger than 2000PX wide
DON’T – Put a huge watermark on it. We’ll make sure you’re credited
DON’T – Send us huge image files that kill our e-mail system
DON’T – Send us scary ZIP or RAR files. We won’t open them 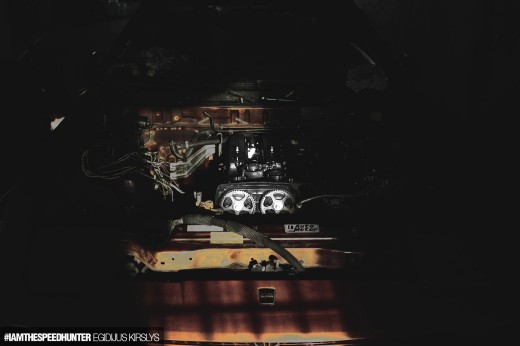 Thank you very much for including one of my photos!!

WOW!!! My picture on the main page of SPEEDHUNTERS!!! It's awesome!!! I really glad. Thans for all SH team!

Romain's shot of the Polo is INSANE!! Thankyou SO much for picking my shot Paddy, means a lot!

Awesome shots. Any chance of getting those photos in high-res HD size?

Somneone please include areal photos, either from a heli or quadra-copter

Wow, love all of them!

Yea! All the epic WRC stuff, it's cool to see our little Rally America make it too! I've been to 11rallies here in the US since 2008, and every year I want to see WRC more and more. I'm hoping next year will finally be the year. Rally Finland or bust!!

Yeah, thanks for posting one of mine from the stone ages of film (lol) Paddy.  Romain's is amazing!  Keep up the rally coverage:)
-Bill

The VW Redbull 2nd to the last. An epic shot that was!

Some fantastic shots, though the VW shot by Romain Thuillier is the one I can't stop looking at: superb photo!

I'm stoked to find one of my images along with Romain's work... quite flattering to be honest

insane shots every single one of them! probably the best IATS so far

Rally theme without a single picture from Finnish photographers. What's going on..