SHARE Le Mans Start: Getting On The 24h Express

I’ve always loved the idea of the Le Mans 24 Hours, even from when I was young and my family used to stop in a small auberge just off the Hunadières straight on our way to the south of France. I had no real understanding of the race back then, of its history or how it worked – just that once a year, impossibly fast racing cars would be driving down the same piece of road as our car was on. And they still do.

There are a lot of other events around the world that can rightly claim to have the same kind of draw – the 12 Hours of Sebring, the Daytona 24, Nürburgring 24 Hours – but what I love about it is that all these endurance classics have very different flavours. The massed RVs and partying of Sebring, the fires, flares and forest camping of the Nordschleife. But there’s an atmosphere at Le Mans that’s difficult to surpass.

I first started going to Le Mans in 1999. A pretty cool year to have chosen for my initiation, as it was the last year that the full might of multiple factory teams were thrown at the race. Mercedes, Toyota, BMW, Nissan – and the first tentative entry by a little team called Audi. They’ve won once or twice since then… I was lucky in that my first eight visits to the race were all as a spectator. It’s undoubtedly the best way to experience Le Mans.

Seriously. Would you rather be in the media scrum in the pits, being pushed and shoved by the literal old sweats, having to watch out for cars suddenly arriving behind you, mechanics wishing you’d all just go away, officials constantly shouting…

… or be relaxing by the side of the track, soaking up the action as it unfolds in front of you, preferably with a nicely chilled and appropriately branded beverage? Every time I’m here (except for one of two spots inaccessible to spectators), I know which side of the fence I’d rather be on.

For instance, I’d rather be sitting in the tribune perched precariously over the pit garages, ears ringing from the doppler effect of engine noise bouncing back and forth off the tunnel created by the main grandstands.

Or in one of the main tribunes opposite, awash with noise from the fans, horns blaring and smoke bombs popping.

Or out at Dunlop, where the fans etch their allegiance in the sand around the track.

Or on the concrete walls that hem in the final run from the Porsche Curves to the Ford Chicane.

You, a group of friends and family, a couple of beers, some undercooked barbecue (my speciality) or unidentifiable ‘meat’ (a speciality of the previous eatery inside Dunlop, now thankfully gone), and a couple of days in which to take everything in.

That’s the best thing about an endurance race. Although for the teams it’s a logistics nightmare and every second counts, as a fan you have days of action leading up to the race (10 hours of practice and qualifying on Wednesday and Thursday alone, not even including support series), and even if you only arrive for race weekend you’ve got the equivalent of a season of Formula 1 races to watch. You have all the time in the world.

In between cars and thirst-quenching, there’s the Le Mans museum, the open pit lane at the track and the driver parade in town on Friday, track demonstrations of previous winners…

… the many manufacturer displays in the new village area and events happening in the surrounding villages and towns.

… and so much merch to be tempted by.

Though some is admittedly more attractive than others, no matter the heritage of the branding…

I’ve experienced pretty much every condition at Le Mans, from both the weather and camping points of view. My initial foray was in small tents huddled together by the Bugatti circuit. Toilets and washing facilities were in the local town… Another year I was in a three-man tent in a car park, lashed to our cars in a vain attempt to keep the tent on the ground in the face of a howling gale (it didn’t work – I had to stumble outside at about 4am to try and recover half the tent that had blown away). A high point was travelling down in this split-screen – we were more popular than any supercar!

Having worked at Glastonbury for the last 15 years, I’m no stranger to festivals, but even so, Le Mans presents its own challenges. As the years went by and we fancied more luxury, we tried the more organised campsites, which even offered electricity. Which meant a beer fridge. But combined with rain, that year also threatened to create a vast electrified field of death. Oh well. #BecauseLeMans…

… ad hoc camping is still the norm, and a fine (if often messy) way to enjoy the weekend.

That way you have one of the Le Mans rites of passage: putting up your tent. Preferably in front of people who have already arrived and put up their tent, who then can sit and sup beer, discussing how badly the newcomers are getting on…

This year I’ve opted for a deluxe option: a prefab shed-come-hotel, with electricity and soft mattresses. Ah, the pampered life!

Even a large percentage of drivers live the Le Mans life: the interior of the Bugatti circuit is awash with RVs, drivers’ homes for the week.

Though as I’m sitting here typing away in my mansleepshed at Antares, the sound in the background is not of screaming race engines, but instead the low drone of trucks pounding down the D338 Route De Tours – otherwise known as the Hunaudières straight. And this is at the heart of what makes Le Mans so magical. Half the track is still very real public roads, with the weight of the trucks that constantly pound down this arterial road etching treacherous tram lines in the tarmac for 360 days a year.

Yesterday it was like this, and the only truck engine to be heard was in the Viper.

Ah yes, the Viper. Back to its happy hunting ground, just where it should be.

The Le Mans track has three quite distinct personalities. The opening section is where the majority of fans are to be found, lining the track as they always have, but now pushed right back by the insertion of huge gravel traps.

…but the shame is the alteration of the previous arrow-straight descent from the bridge down to the Forest Esses, now a barren desert of gravel separating spectators from cars.

But get out to Hunaudières, and it’s a different story. The houses and businesses that line the road are cut off, with Armco and fences shielding them from what has now become a track. No post today at this address…

The road signs come down – even ones that could be quite useful to race drivers.

During practice and qualifying the roads are still open during the day, right up until the late afternoon, when the barriers go up again and the tyres are dragged back into position.

It’s a real shame that there are no longer any public spectating areas along the run to Mulsanne: it’s where you see the ultimate power of the cars taking part. You can sneak a peek through the fence if you manage to book a table at the famous Auberge Les Hunaudières…

I know a lot of people don’t really ‘get’ prototypes, but see LMP1s on a track like Le Mans and I promise it’ll all make sense. The GT cars are obscenely quick as it is, but the prototypes are like hyperspeed rocket-ships. Straights disappear in an instant, corners are taken like they don’t exist. And the noise… The noise!

After the tree-lined run down to Mulsanne and on to Arnage, where there are fantastic viewing opportunities…

… the final run through Porsche Curves is like threading the needle: the concrete walls on either side have claimed plenty of victims over the years, and even the final Ford Chicane has notched up a couple more smashed cars this year before qualifying even started.

Although the general line the track traces has stayed pretty constant over the 90 runnings of the race, the infrastructure has changed immeasurably over the last decade. The previously dusty wasteland inside Dunlop is now a concrete mall, modern restaurants have replaced the previous dodgy tents, bleachers and banks at the Esses and Tertre Rouge have made the track look more like a ‘proper’ racing circuit. But do the fans really care?

I think the majority are oblivious to the modernisation – whilst admittedly probably appreciating the improved sanitation it’s brought. As long as there is a place to park the car…

… and drivers taking to the streets for the big parade, most people will rightly give it a thumbs up no matter what.

As I write this, there’s still hours of qualifying to go tonight even before the grid is decided for Saturday’s race, but already memories of previous starts are flooding back: the anticipation of the sights, smells and noise.

The hardcore have already been here for days, and will be the ones still on the banking as the sun disappears on Saturday.

… there will still be plenty plugged into the race, with an eye on the track and an ear on the radio commentary…

… right through til sunrise and beyond.

Then we’ll have the finish to look forward to: will it be a triumphal slow processional lap as with the dominating R10 TDIs, or a fight to the flag as we saw last year?

Whatever happens, as soon as the gates are open the crowd will flood onto the track as they always do, tens of thousands of fans joining in with the celebration of another race well run.

But before any champagne there’s a long way to go…

… and the drops falling from the sky are more likely to be of the rain variety. The weather has been schizophrenic so far, taking a leaf out of the Nürburgring 24 Hours book. Clouds are rolling in for the final qualifying tonight, and more is predicted for the drivers’ parade – not that it’s likely to dampen spirits or the high turnout, as we experienced last year. Come rain or shine, I’ll be joining 160,000-odd close friends to watch a little race over here in France… 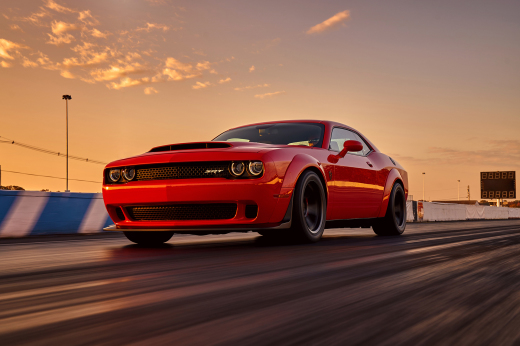 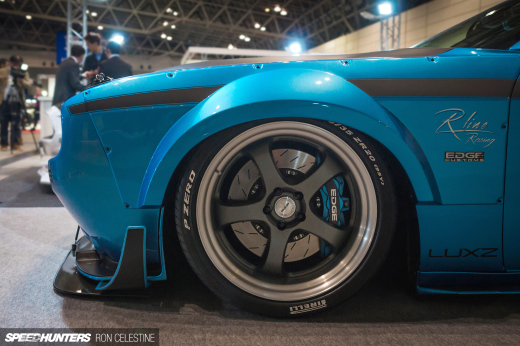