Unless you live in the Principality of Monaco, even seeing a Veyron out in the open is a rarity in itself. I’ve only ever spotted one on the streets of Tokyo, the rest only seen at motor shows. Ever since its introduction in 2005 it has redefined what hypercars are all about, offering never before heard of performance in a package that is reportedly as reliable and as easy to drive as a VW Golf. So you can imagine my excitement when I was allowed to spend half an hour with one, in one of the Fuji Speedway (FSW) pits of all places.

Since we’ve begun our collaboration with MotorHead magazine these sort of opportunities have become plentiful. Takada-san – who heads the car-culture-oriented publication – is always striving to come up with unique features to run in the pages of his mag.

The idea to do a time attack event at FSW with a Veyron has been one that has taken many months to organize. Finding an owner willing to let a professional driver thrash his brand new and prohibitively expensive car was one hurdle, but the logistics and costs alone were even more problematic. After all, renting out Fuji Speedway for half a day is not exactly cheap. But one very early and rather frozen morning last month…

… it all came together. Takada-san told me that the driving wouldn’t start until after 10 am, so I made a point to be at the circuit’s gates at 7 am. There was not a chance in hell I would have risked losing even one single picture opportunity of the Veyron and another car that was brought to FSW at the same time. But more on that particular car in a separate post. Most humane people out there settle for a ¥20,000 a day transporter from Nippon Rent-a-car, already a luxury in itself seeing just how advanced the JDM flat-beds are. But that was just not going to cut it. A four-car, fully automated race car trailer was rented for the day; the only way to move cars that cost as much as a villa!

While the Veyron was being unloaded and moved into the pits and right after into the frozen pit lane, I stood in the background taking it all in. I hadn’t heard the W16 motor in one of these even fire up before, and just as expected, it all sounded very muted; that low-frequency drone flowing out of the big single-exit exhaust, hinting at the towering performance that lies within.

First thing on the schedule was to drive a couple of laps, the first one stopping at various spots on the track to get potential cover shots for the mag. I followed too, interested to see what sort of vision Takada had for his next cover. After a few corners it was decided that this actual spot was close to perfect, so his photographer got a few angles to try and capture this unusual scene of a Bugatti racing on track.

Car-to-car photography followed and with the sun still pretty low on the horizon it all made for some pretty awesome photo opportunities; not to mention the video that was also being filmed at the same time!

There was so much happening that it was one of the busiest on-location photoshoots I’ve attended and an equally great learning opportunity to see just how damn organized the Japanese are. When budgets run this high every second of the shoot is organized down to the smallest details.

After they were done it was my turn. I got my half hour with this behemoth of a hypercar and  proceeded to snap away from every conceivable angle. I always love shooting in the pits of any race track, balancing ambient light with the neons above and at times when needed some externals lights. This time however I had to run around like crazy…

… but I didn’t care as opportunities like this don’t pop up often!

It’s all in the details

I’m sure you have all realized that this is actually the Grand Sport version of the Veyron 16.4, characterized by the removable targa top glass roof that in no way limits the top speed of the car, which still tops out at 408 km/h (253+ mph), given a long enough stretch of road.

With the roof removed, the Grand Sport is automatically limited to 369 km/h (229 mph), making it the second fastest convertible in the world. The fastest is the 1200hp Grand Sport Vitesse, which manages to hit the same speed as the closed roof or coupe versions. But all these figures are so gargantuan they even don’t make sense in the real world! What does make sense is the presence of the car; it sits low and wide on those massive 20-inch wheels which are painted in the same deep blue hue as the lower section of the carbon fiber bodywork.

Those wheels, said to cost $11,500 a piece, are shod in the only tire that sports a 400 km/h speed rating: the Michelin Sport PAX System , 245/690 R520 at the front and 365/710 R540 at the rear. A full change of rubber will set a Veyron owner back $36,400, so a track outing is pretty scary money! The rest of the carbon fiber body is painted in what has to be the smoothest satin paint I have ever felt; it’s almost rubbery to the touch, and it highlights the roundness of the design beautifully.

One of the nicest details are the hydraulic actuators that tilt the rear wing in a split second to the desired angle to help in both high speed stability or to act as an air brake when stomping on the massive carbon ceramic brakes. The way they are integrated into the rear end of the car as well as the billet parts that make up the various sections is a little work of art in itself.

Literally no curvature or detail in the car’s body is there without a reason or a function, maybe with the exemption of the legendary Bugatti grille, something that needed to be integrated for obvious reasons.

The EB logos that are stamped on the fuel filler cover and the rear end stand for Ettore Bugatti, the Italian engineer and founder of Automobiles E. Bugatti. He opened the company in France hence why it’s known as a French brand.

A little detail shot of the center-exit exhaust, which is joined by a few other ones integrated under the one-piece carbon diffuser. The Veyron is completely covered underneath to eliminate turbulence and therefore lift.

Compared to more eccentric automobiles at this price level, like the Pagani Zonda or Huayra, the Veyron’s interior is almost sedate. Simple and effective would probably be a more suiting way to describe it; the quality of materials and construction is of course of the highest order and there are a few nice touches like the quilted leather seats…

… and of course the instrument binnacle. If it looks metal, it is metal, starting from the bezels of each of the five dials to all the switchgear dotted around the cabin.

Not your usual speedometer, but despite that 420 km/h end scale…

… it’s actually this little dial that has come to define the Veyron’s instrumentation: the power meter. The 1001 PS (987hp) the 8 litre, W16, quad-turbo generates is said to be extremely conservative! Oh and yes, this car has only covered 544 km since new, and that was after its time out on track.

I didn’t even dare drop my big behind into that seat, afraid the rivets in my jeans would accidentally scratch the soft hide. You can see the V-box brains that the MotorHead staff fitted behind the seat to record the car’s performance on track. Seiji Ara, who was hired to pilot the car, didn’t end up pushing to the limit, managing a 1’56” lap while keeping at a somewhat conservative pace.

My time with the Veyron was coming to an end, each minute flying by so quickly as I continued to circle the car in search of the perfect angle.

The final detail I looked at was the exposed engine, or rather the exposed covers and plenums that hide that mid-mounted W16 underneath. It almost didn’t look like a conventional engine, but more like some sort of future propulsion unit.

And with that, the time was up. Mind you, throughout the day, I did manage to immortalize the Veyron in a variety of different spots like here as it was first parked out onto the frozen pit lane for the first set of images.

This car really is all about presence…

… and especially so when it’s moving.

… but that was by far the highlight of the day so well worth the bruises!

The action continued on track as Seiji Ara passed the car over to its owner, who enjoyed taking his still brand new ride for a few spirited laps.

With only 500km on the clock this was probably the first time he had ever driven it in anger.

Seeing the opportunity, a few other cars from the owner’s arsenal were also thrown into the transporter, and as you have seen from this month’s editorial I do have a feature on that Maserati MC12R coming up next. This supercar theme is gearing up to be pretty exciting, so make sure you check back continuously over the next few days as we have lots more to come! 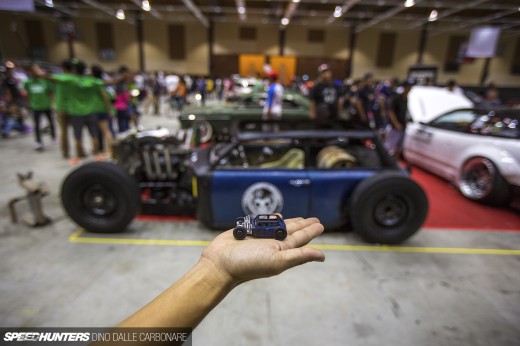 I saw one parked in onesti (Romania) in my front building :))) the owner uses it to date 15 years old chicks xD it's his dad's car, he personally has a Audi r8

his dad killed many people to get that much money lol

You a girl take a picture of you or boy

That is an amazing car

Bagati is the faster car in the woud

Ehhh not a fan at all with this car. Sorry to the Buggati "lovers".

Hi all bax Bugatti.my from is Iranian.
I can't gold
I want your car
I like your car
Please send delivery your cars company

Nice i want it

The most powerfull car!!! 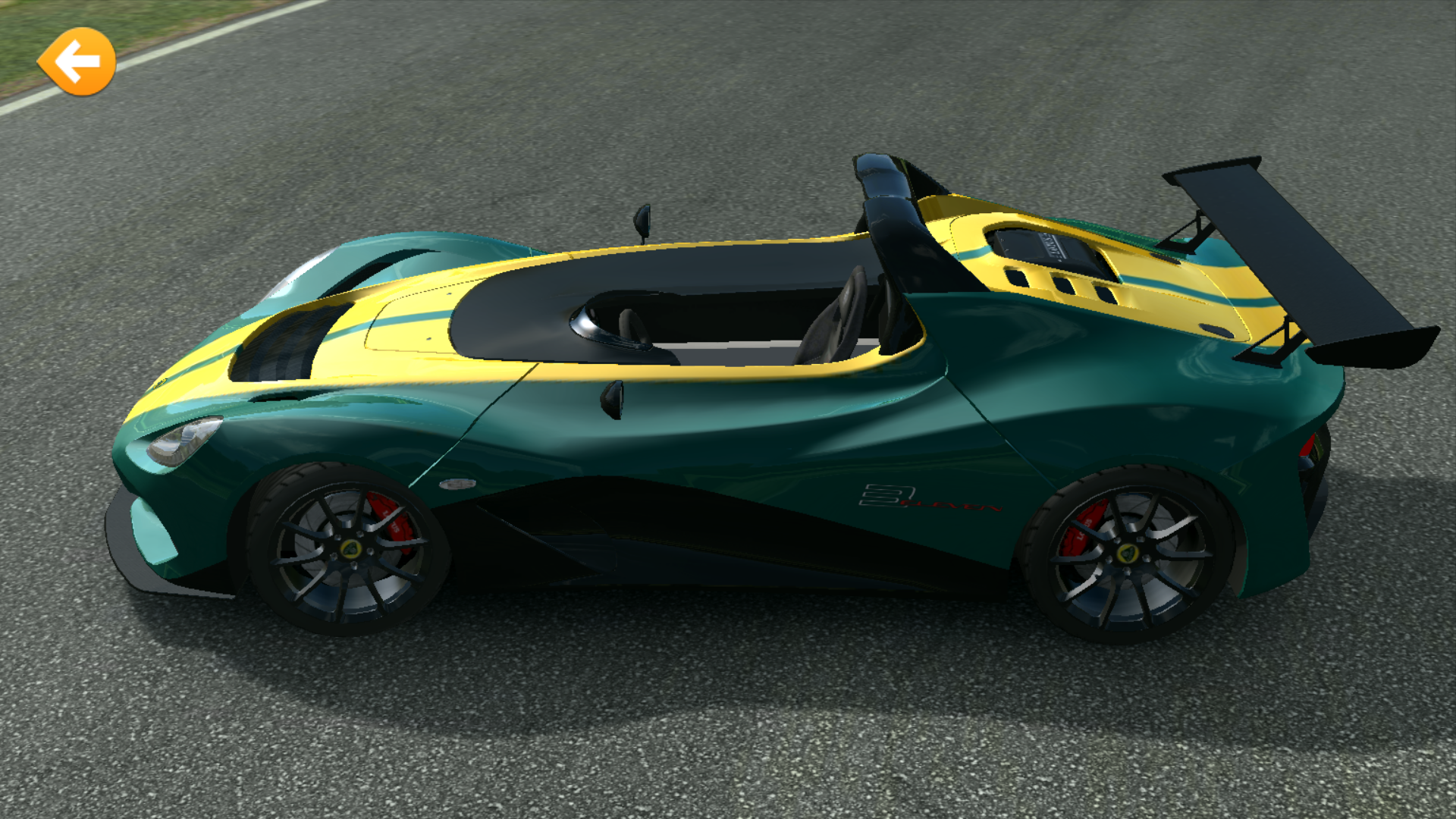 What a cool experience with the Bugatti. It’s hard to imagine what it would be like to drive one.