Aston Martin are set to unleash their Vanquish on the American market, with its debut to be made during the globally renowned Monterey automotive week in California from 15-19 August. The official debut will be at the McCall’s Motorworks Revival, with a week-long rounded off at the Pebble Beach Concours d’Elegance.

Styling cues on the Vantage, such as the elongated side strakes and LED rear light blades, are derived from the sold-out One-77 supercar.

On the track, Lotus are the latest manufacturer to repurpose a car to run to increasingly popular Grand Am GT rules. The 440hp Evora GX will be run out later this year by McMahon Raceworks with Armando Trentini as lead driver, ahead of a full campaign in 2013.

The $335,000 GX is a reworked version of the Evora GTC, and features a full carbon aero kit bespoke to the Grand Am model. The 4-litre V6 is linked to an XTRAC six-speed sequential ‘box.

The Italian Superstars series is going from strength to strength: the Roma Racing Team have added a new Mercedes-Benz C63 AMG Coupé to the championship line-up, joining the already impressive four-door version the team have run up to now.

Driver and team owner Nico Caldarola has overseen the car’s development: it uses the 543hp, 6.3-litre AMG V8 from the regular car in a stiffer, lighter, stripped-out chassis. Motec supply the electronics and Ohlins the dampers.

In the British Touring Car Championship, the first American driver to compete since the 1970s will join the grid at the next round at Knockhill in Scotland. Robb Holland will be taking over Team HARD’s S2000-spec Honda Civic: he’s dipping a toe in the BTCC water ahead of a full campaign in 2013, when he hopes to become the first US driver to win a round since 1963 when Dan Gurney was victorious in a Ford Galaxie.

Beaulieu country house in the UK hosted the Simply Japanese festival last weekend: last year’s successful Mazda day was expanded for 2012 to include all Japanese marques, and the sun shone down on a bumper gathering of car clubs.

It’s been a busy period for Bealieu: they also hosted the Simply Bond day, a gathering for owners of cars of the same make and model that have appeared in James Bond films.

This event was held as a one-off alongside the Bond In Motion exhibition, which shows off actual cars used in the films. Aston Martin, BMW and Mustang were strongly represented, with some rarer cars also on show such as this S1 Lotus Esprit.

At the other end of the exotics scale, a 2CV like the one that starred in For Your Eyes Only!

Citroën are producing a new Connexion version of their C1, the first production car in the UK to have been created from an app. Over 24,000 configurations were submitted via a virtual factory floor app, allowing people to choose what the model should look like and its features. Even the name badge is the result of a fan submission. Black metallic paint is offset with scarlet detailing; the C1 Connexion has 14″ alloy wheels and a 1-litre petrol engine.

Gulf Racing released this shot from their weekend at the Spa 24 Hours, showing McLaren GTs from the past and present side by side. The two MP4-12Cs that competed at Spa were lined up next to a GTC Competition F1 GTR Long-Tail, which competed in the 1997 FIA GT Championship.

There’s a big shake-up due in GT racing: Stéphane Ratel, the boss of organising body the SRO, has announced big changes for both the final races of this season and for 2013. World GT1 has been looking increasingly shaky: the two Chinese rounds were cancelled a while back and have now been replaced by a second race at the Slovakiaring plus a round on the Nürburgring GP track – both races will see combined grids of World GT1 and European GT3s. The SRO will no longer promote either the World GT1 or European GT3 series in 2013, but will instead launch their own GT sprint series to sit alongside the hugely successful Blancpain Endurance Series.

Honda are continuing development of their World Touring Car Championship contender following the announcement that they are to step up to a full factory programme for 2013.

WTCC veteran Gabriele Tarquini will be joined by multiple race-winner Tiago Montiero: they’ve already been out testing with JAS Motorsport, who have been developing the WTCC Civic, at the Vallelunga track near Rome. Montiero will drive a single Civic at the WTCC round at Suzuka in October to help get the car up to speed.

Planning continues for September’s Ferrari Racing Days event, due to take place at Silverstone. Over 1,000 Ferrari owners have now signed up, part of an attempt to break the Guinness World Record for the largest parade of Ferraris.

The European Rallycross Championship moved to the Duivelsberg circuit in Belgium for Round Seven: Russian driver Timur Timerzyanov has increased his lead at the top of the Supercar table with another win; Alexander Hvaal and Tanner Foust lie in second and third respectively.

Liam Doran has stood down from his planned assault on Pikes Peak this weekend because of a clash with the next ERC round: he’s lying fourth in the championship and can’t afford to drop points to the leaders. His father Pat will now take the wheel of the 950hp Forge Motorsport Ford RS200.

VW are set to join the Global Rallycross Championship next year, with a plan to run its Polo World Rally Car in rallycross form. The Mk5 Polo will be tuned to 600hp Supercar-spec to run in the GRC and X-Games in 2013 – an added incentive for VW are also European X-Games events proposed for Barcelona and Munich next Summer. 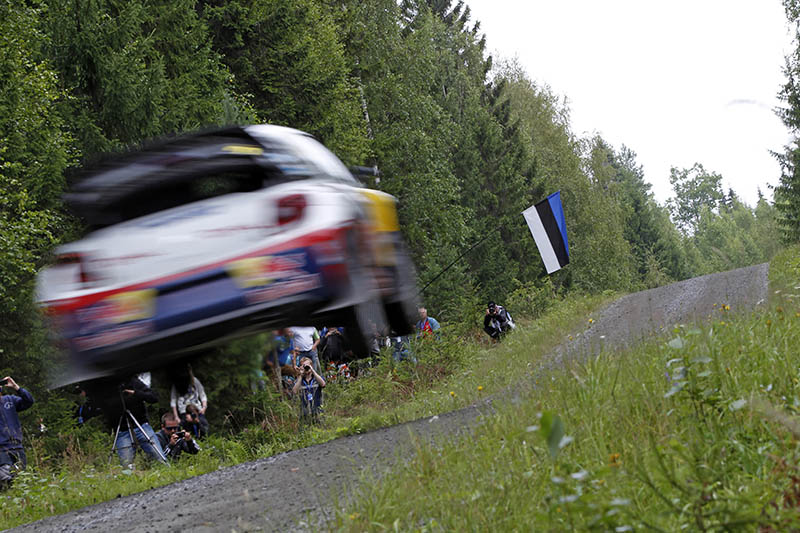 Mikko Hirvonen finished second in Rally Finland, round eight of the 2012 World Rally Championship. Hirvonen put in a late charge to challenge for the lead, coming up just six seconds short after the last stage.

Ford’s pairing of Jari-Matti Latvala and Petter Solberg struggled to keep up with Citroën and finished third and fourth, each another 30 seconds back. 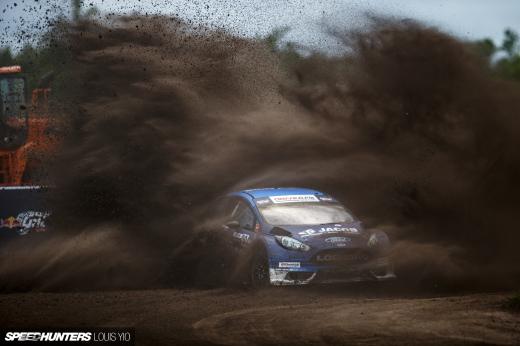 Is This The Greatest Motorsport Of All Time?

Honda hoping to get back to their more recent motorsport success, good because they need to get a turbo+road car program to promote.

That picture of the old and new Mclaren confirm that the earlier one was sleeker and better looking .

"an added incentive for VW are also European X-Games events proposed for Barcelona and Munich next Summer."

HI Speed!!
It's good news see that Honda is planning a return to WTTC!!
But  the reason i'm writing is because the driver of Honda isn't Tiago Montiero but Monteiro...