The 2012 UK Drift season is officially go! Close to 100 drivers descended on Teesside Autodrome for the opening round of the 2012 Maxxis British Drift Championship.

My first impression on walking around the paddock was, “Wow! Things have changed”.  For 2012 the BDC have really stepped up a level with new teams, new liveries and a level of preperation and presentation that I have never seen before in UK drifting.

One of my personal favourites is Marc Huxley’s revamped Corolla. I love the cartoon strip boot-lid chronicling Marc’s 2011 exploits.

Team Falken have turned out three immaculate cars. 2011 Championship winner Matt Carter in the S14.5, Alan Green in the above S13 and Paul Cheshire in the G35.

Team SATS have made some major changes to the Supra since its official unveiling at the 2012 Autosport International show back in January. The bonnet, boot-lid, roof and doors have been replaced with Seibon carbon-fibre items, shedding almost 100kg from the big Supra. The car is not the only thing to change at Team SATS: Wayne Keeber and Steve Moore have joined the team in the hunt for the constructors’ championship.

Simon Perry may be running a similar shocking-pink color scheme to last year, but he is now part of  Team Lassa Tyres with fellow Super-Pro driver Jodie Fletcher and Semi-Pro driver Richard McCourt.

David Waterworth has taken an alternative  route to increasing the power of his S15 Nissan. Rather than go the well-trodden RB/2JZ/V8 path, he chose the unique (in the UK) eight-litre V10 Viper engine.

Dan O’Brien has gone from the subtle greys and black of 2011 to… well, the brightest thing in the world! Love it or loath it, you cant help but notice it.

The commitment of the drivers never fails to amaze me. Danni Murphy’s car was still on the dyno being mapped at 3.30am before the event. With 470hp the result, she loaded up and and arrived for first practice.

Then it was time to get going. With the drivers’ briefing over and the judging criteria explained…

…all that was left to do was to head out on track and see if the last four months’ hard work had paid off.

This year there is an intensity I have never seen before in the BDC. If you are in it, you are in it to win it.

The pressure was further increased by the dirty black clouds forming in the distance.

There was plenty of speed and smoke – just what any drift series needs.

However, just as the Super-Pro class were taking to the track, nature thought it was all a little too easy and threw down a prolonged hail storm. All the little white dots on the track are actually thousands of fallen hailstones. Nice!

The hail then transformed into torrential rain…

…punishing even the slightest error on track. Luckily Steve Moore bounced off this excursion into the tyres virtually unscathed.

Others were not so lucky. The track marshals had quite a collection of bumpers by the end of practice.

As qualifying started the rain had stopped.

However a semi-drying track made qualifying for the Top 16 even tougher than normal.

The track seemed to change with every single pass. Some turns were almost dry…

…while others had standing water. Qualifying for Round One was as difficult as it gets.

In all three classes it was the day of the newcomer.

Marc Huxley made his Pro-class debut with the number one spot.

Teesside is not a favoured track of Mark Luney. Judged down on his first-turn entries he qualified back in 10th position.

2010 championship winner Phil Morrison suffered a failing alternator and ran out of electricity during his judged runs, leaving him in seventh place.

Simon Perry mastered the tricky conditions to get a well-deserved second qualifying spot.

But it was Pro-Drift Round One winner Brendan Stone who took a spectacular first place in qualifying with incredible speed and angles throughout the course.

With the qualifying session full of drama you just couldn’t predict the outcome. I’ll be back shortly with the coverage from the main event. You ain’t see nothing yet!

Six Days one championship on Speedhunters 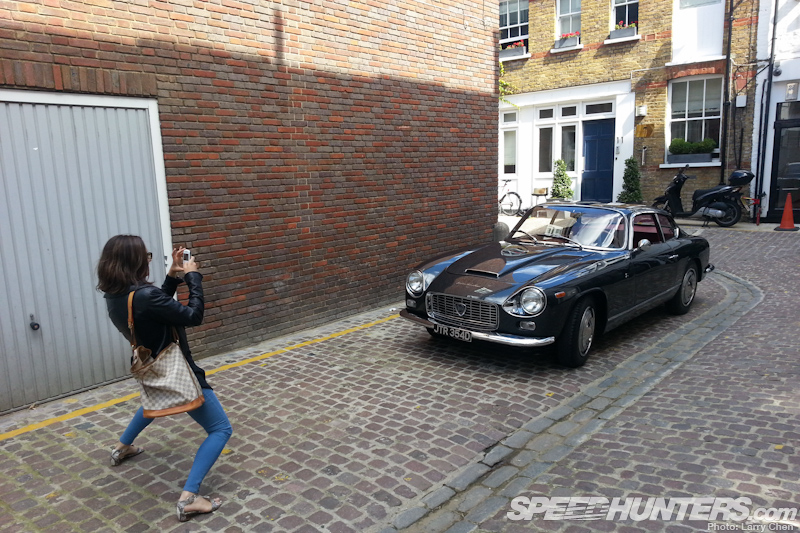 Through My Lens: Fish And Chips Out Of Water 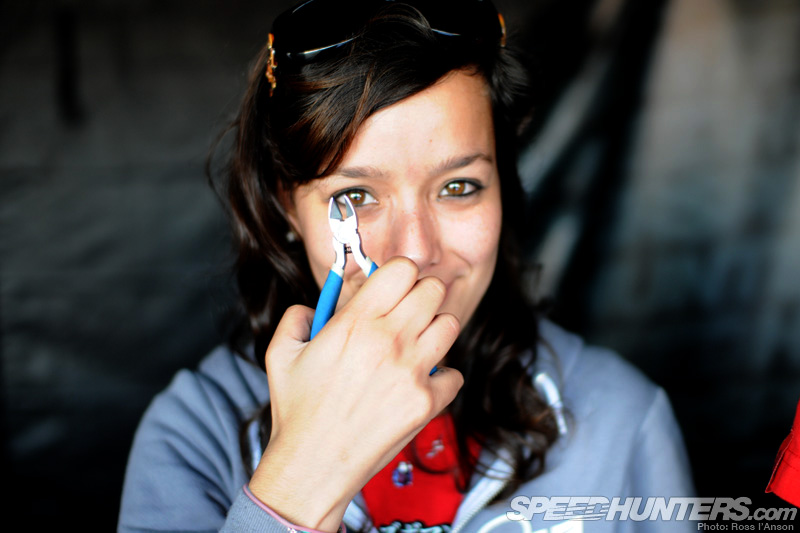 great coverage from teeside, loving the new layout of the site and hopefully see more events like the BDC being covered throughout the year

The steering angle in the second to last picture is just........ crazy, haha.

wow that Viper S15 is pretty sick normally i'm not a fan of american swaps into japanese cars but i actually like this for some reason probably because it's so off the wall, i'm sure it sounds sick at full throttle blasting around the track. let's just hope that doesn't catch on as a trend we don't need every car in formula drift to go from ls1's to viper engines haha.