When this years Sebring 12 Hour started, our Corvette’s were knee deep in Ferraris. As the race progressed, it was clear the BMWs would be some of our toughest competition to the end.

My last blog left the action with my last stint in the daylight hours. All of the variables throughout the 12 Hour Race brought us to these final 3 hours. With six cars still in contention for the win, anything could happen.

With just over 2 hours remaining in the race and Oliver leading the race, a full course caution came out and everyone in GT pits and it’s my turn. I could easily do the final two hours so I was prepared to run to the end.

The pitstop went well with the exception for the LMPC car ahead of us blocking our exit. The Corvette Racing crew had a great stop but had to push me back to get around the car ahead, allowing both BMWs to jump ahead.

Now in third, I had a clear view of the competition ahead. Two BMWs. I made short work of the 155 BMW for 2nd place on the restart. Our Michelin tires come up to temp quicker than the Dunlops and was able to get by one easily but the 56 of Joey Hand I had too much traffic.

After traffic started to string out some I was able to start working up to Joey for the lead. After only a few laps of green I saw a chance heading into Turn 1 to maybe sneak a pass on the outside.

The GTAM Ferrari had left enough room for me to stick to the outside and Joey the inside. I braked as late as possible and chucked the car left into the corner. I lead for a corner and a half but Joey had the position on the inside braking for Turn 3.

I was getting opportunities in traffic. I knew since our cars were so evenly matched over a lap that traffic would potentially be my best opportunity to sneak by.

Still sandwiched between the two BMW’s, the battle continued. Another opportunity in T17 arrived again in traffic. Our Corvette was fantastic in the brake zone into T17 and Joey had been put off his line some.

I hurled the car into 17 and tried to setup to go under the lapped traffic and get a good run off the corner. It worked exactly to plan. A drag race down the front straightaway into turn 1. Joey again had the preferred line.

Side by side into turn 1 and I tried again to take a later apex and get a good run out of T1 and make a pass into turn 3. Joey had just enough of a run through turn one that I had to back out of it.

All of these laps are like qualifying laps. Maximizing every brake zone and really pushing hard through traffic. Joey the same and the BMW just behind me as well following suit.

The crowd grows again. Lots of action on the track with only an hour and thirty remaining in the race.

Suddenly, the BMW behind disappears. Pitstop. They’re a bit out of their window to make it to the end. Then, just that fast, I come out of T17 and the BMW just ahead of me is a bit slower than usual. I had a good run and was able to use the draft a bit and pass Joey heading into turn one.

A quick call on the radio from the crew saying “Good Job.” I had Joey still attached to my rear bumper as I was to him before. Ebbing and flowing as traffic strings us out and bunches us up.

It’s always good competition on and off the track. All of the guys up and down pit lane are generally good friends.

As fast as I took the lead, I was in pit lane. The call came in to pit that lap. The strategy was to try and cover the BMW that had just pitted.

I climbed over the pitwall for the last time and was buzzing for sure. While the race wasn’t over, I felt like I had had one of my best days racing in a long time and we were in a position to win the race.

It was hard to figure out where we were as we had pitted out of sequence with the others in our class with exception to the one BMW. I was told the pit call came early because of a car stopped in 17.

Now, it’s a waiting game for me, the hardest part. Ron is giving me a little love here, happy with my performance for the day.

A quick interview with the Corvette Racing PR guru, Rick, asking about my last stint. As time clicks away, it seems like our strategy isn’t going to work out.

With only an hour to go, I’m still giving as much feedback as possible to our tire engineer, Lee, about how the tires were in the night.

With about an hour remaining, our teammates came down pit lane and would surely be able to make it to the end now and with that our chances for the win just about erased.

My girlfriend, who works at the races too, came down from her team to see how it was going. Just filling her in on what is going on.

The crew has done their job for the night and now they can sit back and watch the rest of the race unfold.

This part sucks. Sitting, waiting, watching. It looks now like we’re behind enough with the extra pitstop that after 11 hours of battling and fighting, this opportunity to win the race has slipped from our hands. One that I thought was not a sure thing but the best chance I’ve had to win in a long time.

Oliver is pounding out the laps, setting quick lap times, trying to make up the difference. A yellow flag here would be huge for us.

Dan Binks, crew chief of the #03 checks his watch, looking for gaps to the faster prototype cars to relay to Jan. No doubt checking the time left in the race too.

It’s tough to even watch at this point. The writing was on the wall for us when we had to come in a second time. That feeling of making the pass for the lead towards the end of the race and then with only an hour remaining losing the opportunity to really challenge for that win is tough to swallow.

Meanwhile, as has been the case numerous times over the years here at Sebring, in GT, some fireworks were about to happen. Some contact with the leaders in class and some lapped cars, cars spinning, cars going off. Jan, who was in 3rd, snagged 2nd place on the final lap, while Oliver was able to move up from 4th to 3rd in class and 4th counting the WEC cars as well.

Checking the monitor to see where we ended up, as honestly I’d been staring off in space on the pitwall until the end of the race. 3rd place points for the ALMS is a fantastic way to start the year, no doubt. Finishing races is hugely important and a podium at Sebring is nothing to be ashamed of.

Nice round of hugs and high fives to the whole crew. All of the work they’ve put in over the off season to have two brand new cars that ran faultlessly throughout the race. They’ve deserved a strong finish and deserve to be shown a little love for that hard work. 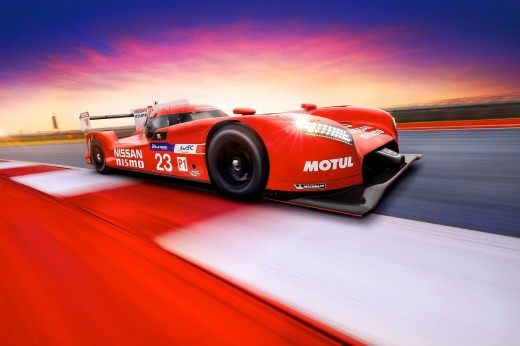