We've reached the end of another busy month Speedhunting, and that means it's time to go through the scraps and give you guys a little bonus action from our shoots this month.

Let's get things started right away with this sideways Miata at All Star Bash.

Another scene from ASB. Stickers anyone?

Honda something or other wagon running great stance in the parking lot at D1 in Nikko.

Lexus LS at Umihotaru PA during the 7's meeting.

Just an example of what interesting characters you see walking around at D1 events.

Vaughn Gittin Jr's Kryptonite is Daijiro Yoshihara; the one person he's
yet to beat in a Formula DRIFT battle. In Washington, Vaughn pushed his
Mustang to its limits, but was unable to shake his Japanese shadow.

Getting ready to unload for some autocrossing in Fontana.

Dice Van on the spot at the Mooneyes Open House.

Posted up on the street.

One of a plethora of Supras at Gatebil.

The definition of the word "Hard".

The cult of the Evo is very strong in Scandinavia… at least of the off road sort.

The legend lives on… and continues to make smoke.

Why spin two wheels when you can spin four?

Some proper JDM style at Gatebil… a rather clean Laurel.

Clever nickname for a drifter?

First thing to do when you've won a competition – Yves Faber texts his wife.

Until next month then! Now, time to get ready for August… 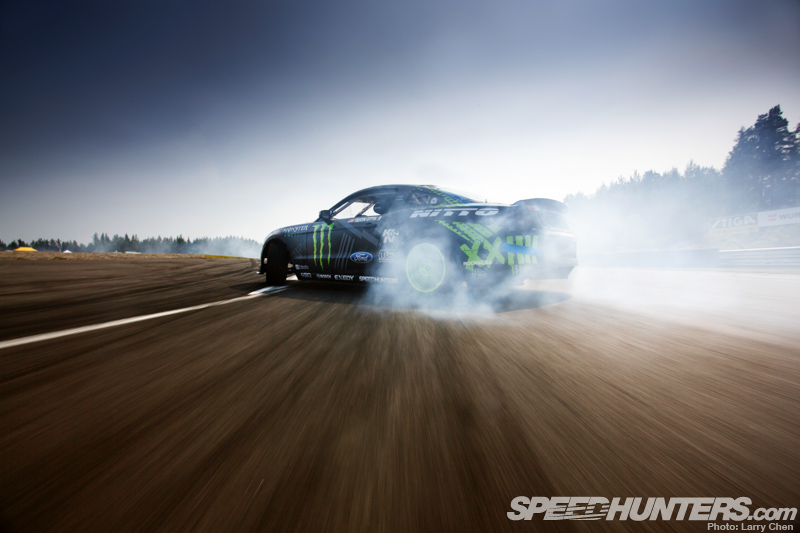 Its a Honda Orthia.

The fitment on that Laurel is perfect

More pics of that Japanese-American girl please... Or of the 400mm lens. Either one.

It's Lupo. Not Polo.

I agree with Dennis! More pics of the Cossie!

That's my s13! (with lots of angle). Hopefully I wasn't spinning out, I did lots of that at asb.

So that's kazamas car, who is driving it?

You Americans have to stop thinking big, it aint a polo it's a Lupo!

wtf... why don't you try to show us the less well-known cars at cars and coffee. A crapload of cool old british cars, and the one you pick is a common clown car mini. and the actual cars and coffee posts, you take 10 pictures of 911s and kustomz (!1!), and then some token mopar or something, and thats it. hella weak.

more slack typo's sadly spotted on Speedhunters.. and yes its a Lupo by Volkswagen!

I've never seen that Honda wagon before. Looks pretty interesting/cool if you ask me.

Is that a fox body mustang in the last shot.....

shout out to fox owners

they have videos on youtube of them thrashin it around

That Honda Orthia (Wagon) belongs to Kasai-san from the KarZ! workshop in Tokyo:)