On my first day at the Wörthersee Tour I saw this A5 Sportback pulling up into the gas station. It wasn't there to fill up with gas but it needed a thorough cleaning before it was filmed by the guys from Awol.tv. I got to talk to the owner, Kristian Melvej from Denmark, and he gave me some time to shoot his car.

The A5 Sportback is a truly stunning car and it gets even better with a nice set of wheels and a drop. The car is lowered using a G.A.S. V1 airride system. The system provides the car with enough ground clearance to drive around and is also capable of giving it that slammed stance.

The most notable parts on the car are of course the massive 20-inch Rotiform Super Concave NUE wheels. In the front they're 10-inches wide with 225/35/20 tires and in the back they measure 11-inches with stretched 245/35/20 tires.

The chrome moldings around the windows have been painted black to give the entire car a more cohesive silhouette.

Kristian won the ‘greatest wheel and tire combo' during the Wörthersee Tour as chosen by FelgenOutlet. I totally agree because this was one of the cars that made a lasting impression and I hope to see it again at the M.I.V.W. event in August. Although I doubt it will look the same! 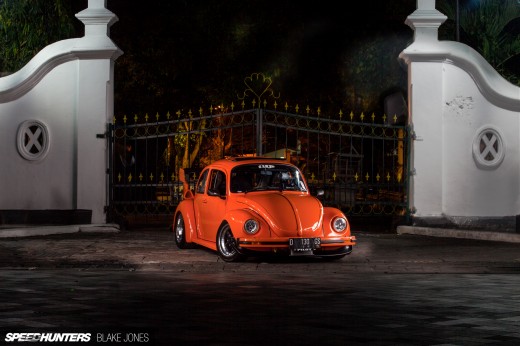 A Super Beetle That’s Ready For Take Off 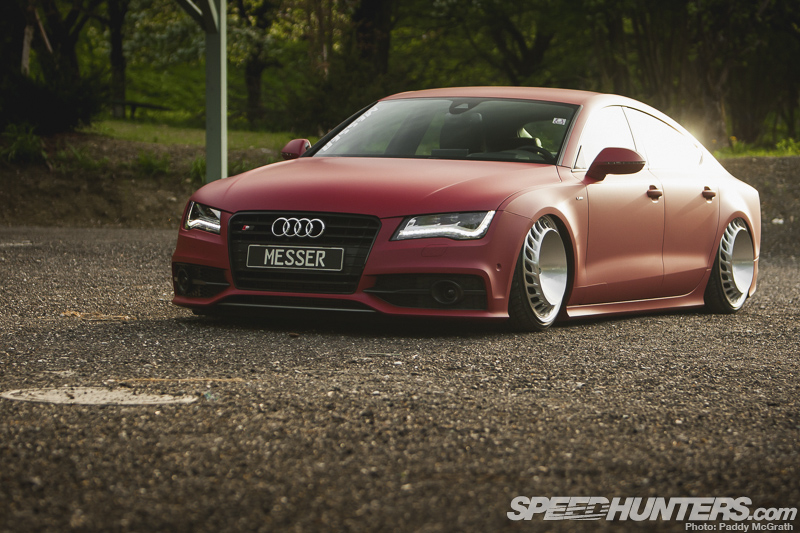 Messer Is More: The Turbo Fan Audi A7

This event showcases some AMAZING cars!

damn that is sweet

floodo1 - i didn't know tires had iq's, i'll have to keep an eye out next time i am buying.

Insane , and sexy if i had the money i would get a copy !

sweeeettttt!!! an unusual look for a A5 sportback but i think im not the only one that thinks it looks good!

Rotiform make some great looking wheels......but it would be nice if they responded to emails from people who live in countries outside of the US/UK/Europe who might be interested in a set!

had to come back here to take a look at this car again, damn if look oh so so so good

does look great, the rotiforms are such a dam nice looking wheel.

Gotta say, i think rotaform could drill 5 holes into unmachined square blocks of billet aluminium and people would buy 'em, wrap rediculously small bands of rubber around them, stick them on there stupid bagged audis, and call it art. If your gonna make an undrivable car you should just use a civic, at least it wont cost you $100,000 and it will look just as dumb.

reminds me of concept cars in paper.

looks absolutely stunning...great choice on everything

The wheels are actually for sale here in Denmark now. So if you want them, you can actually get them

@Yossarian.....you seem to love spreading negativity, if you don't like, click the back button and leave, no need to bother replying with all your hate.

Ugly....that's subjective, slow....how would you know, plus speed isn't everything, time to get over that, useless....how so, still drives like a car and takes people inside, seems to cover all it's uses if you ask me.

Photos are like memories to me. They may not be the best photographs I've taken, but the story behind them and the memories they evoke are what matter to me. This year I've learned a lot, and I even got a new camera to capture more memories. In