Who would’ve thought to have a car show in conjunction with the anime convention, Anime Matsuri, while the Houston Rodeo was going on across the street at the same time? Who knows, but whomever thought of it is quite genius. Three completely different groups of people whom normally would never mingle can now expose each other to their different cultures and potentially open their minds to a wider world.

The car show, Import Reactor, is a two day long affair that runs along side Anime Matsuri. Earlier this morning, the cars started to roll into the show area. I was equipped with a camera and an empty CF card which needed to be filled. My day’s mission was set.

Two years ago, John Leigh picked Rod Chong and I up from the airport in this right hand drive JDM Nissan Cube. It was quite stock back then, but now it’s been itasha’d out. I approve of this itasha-ness.

This Subaru Legacy was one of the first cars to roll into the show area. I’ve always been very fond of this model of Legacy. I actually was in the market for one before I decided on the E30.

This black Legacy on polished SSRs (sans dent on the rear bumper) was pretty close to how I would’ve done my own Legacy. Stock bodied, decent drop, and a good set of wheels. Simple. The Maganflow exhaust tips give add a nice bit of American styling to its overall JDM look. It’s almost Pontiac GTO-ish.

Here’s a nice line up of various white cars.

I was surprised to see so many newer Honda Civics, and not so many EF, EGs, or EKs rolling into the show.

We recognize that the stance movement is now fading away, but its hard to ignore a good looking stanced out car when you see it.

As more cars started to roll in, I took a quick break and headed into the convention hall to see what Anime Matsuri was all about. The halls were filled with cosplayers, folks who dressed up as various movie, Anime, and video game characters.

My nerd level peaked when I came across these two guys who dressed up as a sniper and a spy from a very popular online first person shooter.

I thought the R35 bumper on this 350z was quite interesting looking.

Some folks drove to Houston from all over the state of Texas. To safe guard their paint, some employed the popular use of painters tape to their front ends. Some people kept the tape on for tongue-and-cheek laughs….

…whereas others took it off as soon as they were situated. I thought this guy was taking quite a creative approach to storing the tape, for later disposal, as he was removing it.

Mazda 3s and 6s rolled into the show quite deep. Didn’t realize there was such a big following….

Here’s a bit more Mazda love with this RX-8 on a set of Volks.

I quite liked this teal colored Volk CE28N on this silver Lexus IS350.

After it parked, I took a closer look at it and noticed it was rolling on a set of all carbon fiber 360 Forged wheels. Nice!

I rather enjoyed the variety of cars that were on display.

Back inside the convention halls, you can find a whole line up of tables with various artists showing off their wares. I was so keen on this plush breakfast set that I had to have it.

I’m happy to report that I now can have breakfast anytime I want. Though, ingesting this breakfast wouldn’t fulfill any part of the food pyramid….

As I lurked the halls taking in the sights, sounds and smells of the convention, I found someone whom I thought already finished the fight, but apparently, he didn’t.

Back outside, I spotted Sailor Moon herself!

What’s a car show now-a-days without a bit of Scion presence?

I spotted this car last year at the Texas Mile so I was quite surprised to find it at a car show.

This 350z was quite special with a 2JZ under the hood. More on this car later.

It’s pretty rare to come across a Ford Focus that looks this good. The color combo works really well.

It was nice to see that Import Reactor wasn’t filled with just imports but also euros and exotics.

Always loved a good Hyundai Genesis coupe especially one with a good drop and tasteful wheels.

…but after a quick conversation with the owner and finding out that it has a turbocharged 3.1L Nissan stroker pushing out 321whp and 370wtq, it quickly went up the list as one of my favorite cars of the show so far.

It’s always great to see just how strong the Houston show scene is.

Now, if you’ll excuse me, I’m heading back out to the show to look at all the cars in much more detail.

Be back tomorrow for more from Import Reactor! 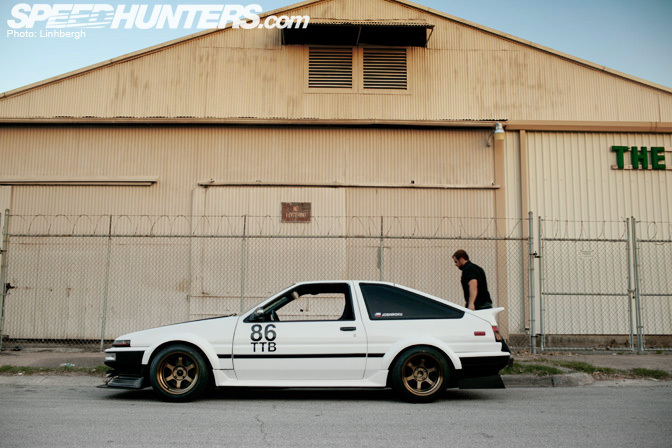 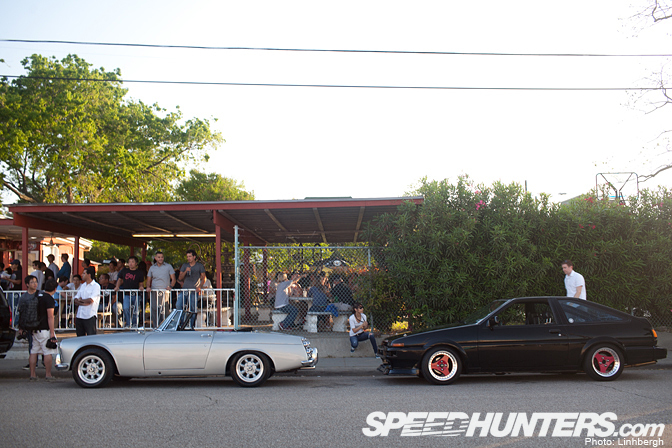 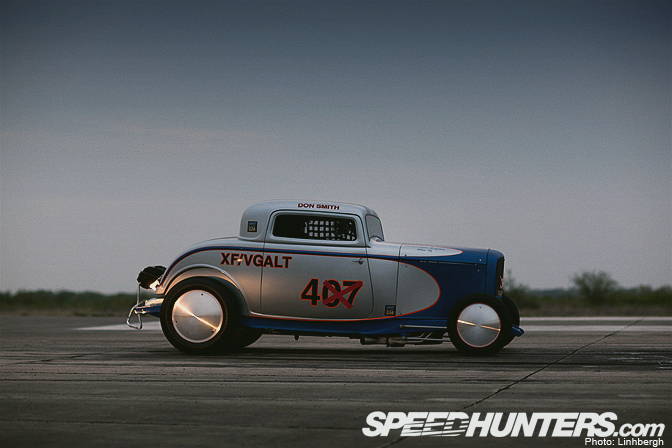 Just a quick note, you mentioned that you recognize the stance movement is fading away, yet it does seem that every new car we see at the moment is rocking a agressive offset and width that would never really been seen even 5 years ago. I know that stance has some variations, but I was just wondering in what way it is that you think its fading away?

what an varied turn out.. love that Subaru that brought the dirt, those G37's look mean & moody, some really tough looking Honda's went too.. - great photo's.. is there more info?

Who said the stance movement is fading away? News to me!

ooooo look at that porsche, perfection.

Stance movement has yet to hit it's peak here stateside, not sure where you got that idea from Linbergh. Great coverage though!

I like how you've got a 4x4 truck in the background of some shots, putting more emphasis on the lowness of the cars in front.

The wheels on that Acura TL looked so good!! What are they? I love them! And the R35 front ended-350Z was interesting indeed. Took me a few seconds to work out it was actually a 350.

Practically european cars is imports too in America, because where were imported too

So Lamborghinis, Porsches and BMWs are domestics now? Hahahah. Oh and I love people who painters tape their car to go for a drive... it's a Subaru, seriously. Not anything rare or expensive, clear your headlights too. (I drive a WRX that loves the track... and paint chips).

The lifted Impreza needs a spotlight.

"stance movement" sounds a bit retarded but a low car with nice wide wheels will always look good trendy or not.

Anybody know what bumper that is on that black civic in the first picture? Looks real nice, my gf drives a black civic of the same generation. It would look good with that bumper on it.

got any more shots of the e90 bimmer?? love it!

Wtf the stance trend has already hit it's peak. I hope Linbergh is right and it is starting to fade away. Theres too many cars playing that game. It's worn out and annoying now

Spotlight on that beautiful Z

I dont care about any other cars and the stanced trend as long as people with Hondas would quit ruining their cars with wheels that dont fit, look hideous on there, and have proven to do damage the car suspension and steering parts.

What ever happened to Hondas with properly fitting wheels with a focus on performance and function. Man I must be getting old.

Wich wheels are those in the Acura TL? Looks great

so shopping for honda parts now include a stopover at toys r us? man oh man... why is that "stanced" Si dragging a stitch doll?

Wich wheels are those in the Acura TL? Looks great

It's photo coverage of an awesome event get over it. If you don't like something keep it to yourself imstead of e-thudding on the interwebz..

@ MDR - the wrx was registered in the show sooo maybe he's trying to keep his paint clean from any chips during travel..thought of that? Get over yourself because you "track" your subaru..no one gives a shit just like no one gives a shit about cars rolling in with taped up front ends really?

Cmon guys whether you like something or not we are all car enthusiast and should support each other no matter what. It's attitudes like the ones above that ruins anything good from happening.

the stance movement is fading...90% of the cars in the pics tell another story,however

I like how varied all the cars are, awesome show!

The stance movement is fading away.

If Mad Max drove a Subaru...

(Yes I counted them)