I was browsing through my regular news feeds this morning when I picked up on this video Bentley have just released documenting the new ice speed record they set on February 10th of this year. What is pretty cool about the video is that it was entirely filmed by Alistair Clark, a regular contributor to the drift scene and an all round top guy who has done some pretty incredible videos of some of the UK drift series’. His showreel in particular is also worth a watch. The car in the video is a Bentley Continental Supersports Convertible driven by one Juha Kankkunen to a new world record of 205.48MPH on sheet ice. 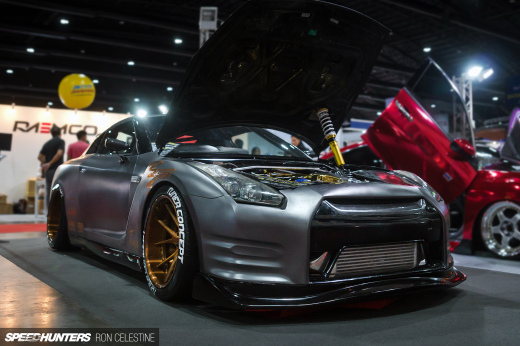 The Illusionists Of Bangkok Auto Salon

wicked.. and driven by the right man!!

whats the point about 330km/h? these guys are going 372km/h in very hot conditions with a BMW M6

I feel it's flat out awesome to just see someone beat on a Bentley the way they need a stiff ass kicking from time to time.

Because going fast in a straight line on ice requires a top notch driver. You guys obviously haven't heard of soccer moms in america.

It was idea of Nokian Tyres and Bentley - they organise year by year such an events - last year selected retail sellers of Nokian Tyres were drifting over city of Nokia and all around area with Continentals - it's even more exciting idea than this ice record.

The car did 205mph average on normal Pirelli Sotto Zero winter tyres - no studs or spikes, and aside from the roll cage and a couple of stability modifications the car was standard.

The track was a 16km, 30m wide runway - which shifted every night and wasn't actually quite straight due to the ice moving - Juha's skills were just amazing. There were times he was on opposite lock for over 1.5km's....!!

I live there! so there!

car feature on the Bentley would be great

? you have never driven on ice have you, let alone at speed on ice...

This is simply an amazing achievement by the Bentley Boys and Juha!

I think the coolest thing about this is seeing a Bentley street car with a cage!