Ever since Chevrolet introduced the new Camaro a couple years ago, people were waiting for the inevitable "hot" version of the car – one that will go head to head with Ford's supercharged  GT500 Mustang. Today at the Chicago Auto Show, GM finally brought introduced the fire-breathing 'Maro – known as the ZL1.

If you are familiar with muscle car history, then you'll know that another Camaro once wore the ZL1 designation – the ultra limited production 427-powered rocketship from 1969.

Like many expected, the new ZL1 will be powered by the same supercharged 6.2 liter LSA engine found in the Cadillac CTS-V. Final power figures haven't been released yet, but they should be in the neighborhood of 550 horsepower and 550 ft lbs of torque. The engine will be mated to a heavy duty 6-speed manual transmission.

Underneath, the ZL1 will get a revised and tightened suspension that will include Magnetic Ride Control. Stopping duties will be handled by Brembo brakes (six piston up front, four piston rear) with 14.6 and 14.4 inch rotors in the front and back respectively. As you can see, the ZL1 also gets a unique set of 20" wheels with Goodyear Supercar F2 tires.

The exterior of the ZL1 gets an aluminum hood with a raised carbon fiber insert, a functional front splitter, and vertical fog lamps. There's also a unique spoiler and splitter in the rear.

GM might be may be getting a lot of positive attention for its new Volt electric car, but the General still has plenty of hot rodding tricks up its sleeve.

This latest entry in the muscle car wars should be hitting show rooms in early 2012.

nice car, i was seeing on Car and Driver site though that most people seem to have a problem seeing over the hood of this car. I wouldnt know though cause I have never been in one or even seen on.

I love this game

^^ thank god they did it actually looks have decent with that body kit on it.

i THINK it was GM's way of promoting the ZL1, hence appearing it in Transformers 2.. someone correct me if im wrong.

What an ugly car, and must be just as unreliable as any other American made tank.

They copied the front bumper design from Burnout Paradise/Transformers 2.

With all the goodies, I hope this thing isn't too expensive. The muscle car wars are getting hot and heavy.

Awesome, beautiful, i always love Camaro and this is just top notch.

It has a pretty good look overall and if the predicted power figures are correct, we'll be seeing a lot of interesting face-offs between the ZL1 and the GT500.

How is a splitter functional when its 17 inches from the ground?

What an ugly car, and must be just as unreliable as any other American made tank."

Actually it should be reliable enough as it was designed in Australia based on the very popular VE Commodore platform.

Oh good lord yes. Going to be a rocket ship, and prove that chevy's on top!

sweet backend.. the front looks good too, although i thnk there's a bit too much to that lower grille!

After the most recent Lightning Lap shootout showing from the GT500, I don't think the ZL1 has a chance in hell of beating the Mustang anywhere unless it goes on a massive diet.

Now that's a properly powerful engine on the Camaro.

Still heavy as a pig, unfortunately

But seriously this looks pretty decent, I am still not big on the new 'Maro, but this is definitely an Improvement over the current power option in the SS, something needs to be done about our ever fattening cars though, as much as this is a good reboot the chubby square jawed son will never best the Lithe muscular father in the Camaro family.

the base car was designed by a japanese dude yano....oh and the car must sound sweet!

Yes! Im so glad they finally showed it off It to the public. It looks great I wish I could afford one when it comes out haha

In my opinion it looks too tacky.

LOL...the steering wheel is straight out of the Cruze but wrapped in racing car suede...however, the performance looks to be impressive, and they actually were quick to improve the horrid interior.

@ andrew SMH, both cars are American, but I think the Corvette can take out the GT500.

@ John Smith This is Speedhunters, not Consumer Reports. Check your URL.

@fred It's not made in Aussie.

very nice!! but i wish they would focus on overall balance rather than pure unstable hp

That front bumper design is straight off the VE Commodore

Looking at the close up pic of the wheel, those are 35-series sidewalls. The front bumper should be about 3 1/2 - 4 inches from the ground, which is not too bad considering most buyers will be older. Me on the other hand would get rid of the wheel gap as I would with any car...even a Ferrari if I had the money

Just like "Max Power" and "JCS" said, the thing weighs 2 tons!!! I mean really it needs 550 hp and 14 inch brake rotors just to be able to drive like a normal car. Sure its a lot of power, but I wouldn't want to be anywhere near their "innovative" designs. No matter how fast it ends up being, its still going to be just another re-badged pile of tupperware with a pushrod engine that doesn't even come close to the power per liter of most naturally aspirated performance cars today

Those are some amazing renderings! I thought they were actual photographs at first.

Mmm... still a lot of HSV DNA flowing through those veins. Couple of design cues (steering wheel, seats, vertical fog lamps) and the MRC look to be lifted straight from the GMH parts bin. :p

Eh doesnt look too much different than an SS but im sure it will weigh allot more. Im glad they are trying to catch up with Ford and hopefully sell enough of these to pay back the money they borrowed.....

as for the other people!

speedhunters really? you arent goting to mention the cool electric power steering or any of the other goodies??

Hey Billy280Z, The HP Per Liter Argument is GHEY!

HP/Liter is the ultimate Ricer Math. Yes this car is a tank and heavy as fuck.

But that's because its a camaro!

The Corvette > ALL In the Lineup.

Nothing can beat the corvette. even if they can build it to beat it.

Not the Camaro, Not the new ZL1, Not the many Opel Tuned Turbo Roadsters, Not the Grand National, Nothing!

So Their gonna build the Camaro factory to compeate with the gt500 but to never beat the vette.

next this car is a fat pig, because alot of consumers are fat pigs. this is gonna be a collector car more than a street killer and old baby boomers like plush heavy cool powerful cars.

Big Upps to GM for producing a product that consumers want.

and for all the people that want less weight, I am sure GM with have a ton of high quality Factory Performance parts to up the power and drop the weight and a super high premium...

I love this car

Add me up so I can compete with you all jamielbrown81@yahoo.com

I dont now how add

Cool! Does it come in lavender *cough cough* pokemon refrince

good I gues but not as fast as my Bugatti

I will have to ask my mom first

I actually own the Camaro ZL1!!!

Thank you , I think so too

I don't know how to respond to that

Thanks, it can get really fast

Thanks, what car do you have?

I don't know how to respond to that?

Well i have this car in real racing 3

Also fast if you upgrade

Lol, yep you're right, it's suck. But I still love a any muscle cars WITH a setup of the best twin turbo procharger with supercharger motor and added with a best nos (n20) bottle on it and a best exhaust system, now that's fast than this ZL1 as it show. Lol.

That is my favorite car! I really love it

Your game dropped from my phone when got back from cloud 75% of the series I was on had disappea so lost MY cash that put into game money earned from winning races and coins which are hard enough to get in the first place us car would've won when finished challenge! My complaints were ignored even though lost my own real cash but was awful customer service losing MY OWN cash bad enough but losing coins and car would've won angers me that you ignore complaint!!!?????? Quick to take money but when there's a problem you suddenly find it hard to deal with! Unless som9done WILL let community law and solicitors deal with this which costs you nothing but I am stubborn and won't give up until get what I am owed back and will carry on playing what is a good game but customer service letting Google, EA games etc down badly and will let as many people know about the problem as I can until get back what I won and am owed!!!!! 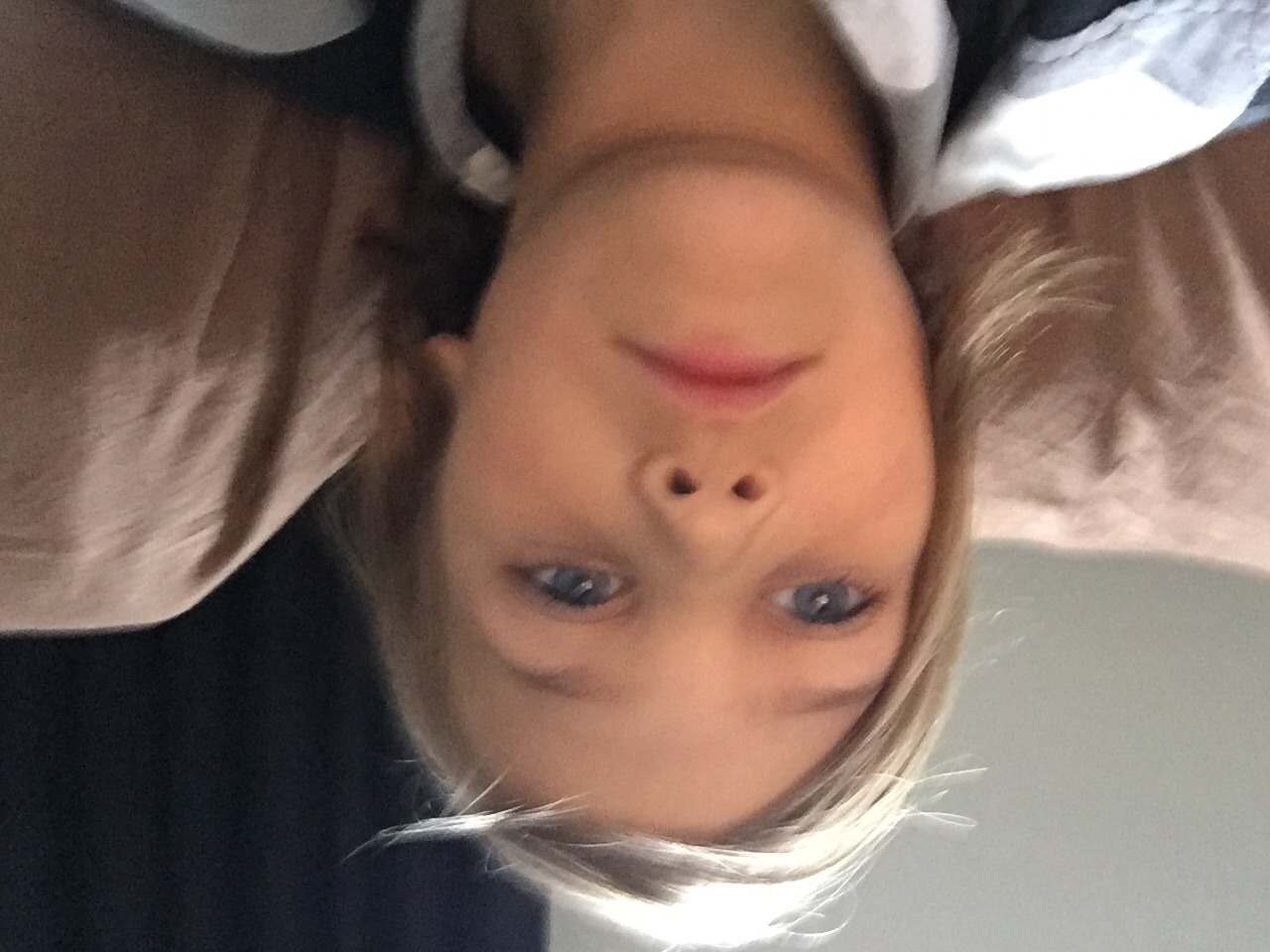 I love your guys game but it way to much money

Please give me a free car in real racing 3

Can i get free car

Its a slow car

Car is Nice, but a little slow.

This agme has some proBlum

He saw me to error 3

This is a awesome beast camaro