How about we kick off the old work week with one final look at the 2010 Los Angeles Auto Show?

Here we’ll check out some of the action in the Ford booth, the Lotus booth, and a few other odds and ends from the show floor.

With the GTR and 370Z out on the streets now, it feels like sometimes the G37 Coupe gets overlooked in the Nissan/Infiniti lineup. Still a great looking car, especially in this color combo.

Hey Fiat, welcome to Los Angeles. A full range of new US-spec 500’s were on display in this stylish section of the Chrysler display.

There was even an original 500 there, just for kicks.

The centerpiece of Ford’s booth this year was the new 2012 Focus.

Along with the factory models, there a few tuned versions being displayed on the blue carpet.

The most promising version of the new Focus though, has to be the 247-hp turbocharged Focus ST. Can’t wait to see these things on our streets!

Mr. Block’s Fiesta rally car was also on hand in the Ford booth.

From the badass Boss to the latest in electric motoring, the Honda Fit EV.

The Lexus HS250 doesn’t look all too bad with a drop and some decent wheels. Green VIP.

Station wagons are always cool, even if its an all-electric Saab 9-3….

Spotted this Fiesta down in the tuner area. Not quite sure about the paintwork, but the rest of the car looks pretty sweet.

My final stop of the day was the Lotus booth, where I found this massive crowd of people assembled to see the future of the brand.

Lotus showed all five of its concept models that debuted in Paris, including the front-engine, Lexus V8-powered Lotus Elite.

Here’s the four-door Eterne Concept, also powered by a Lexus V8 and available with a hybrid drivetrain.

Here’s the 2015 Lotus Elise. A big power increase should keep performance numbers up on this car, even though weight will be increased by a fair amount. Looks awesome too.

Joining the Elise in the lineup will be the mid-engined, V6-powered Lotus Elan. With over 440 horsepower on tap and the second lightest weight behind the Elise, it should be a serious performer.

Rounding out the new and improved Lotus is this car – the reborn Esprit. It will be powered by a mid-mounted Lexus V8 that makes up to 620hp and the car will way around 3,300lbs. Seems like a worthy successor to the sexiest car Lotus has ever built.

And with that, my coverage of the 2010 LA Auto Show comes to an end. Hope you enjoyed it.

If you live in SoCal and want to see this stuff for yourself, the show runs through the 28th of this month. 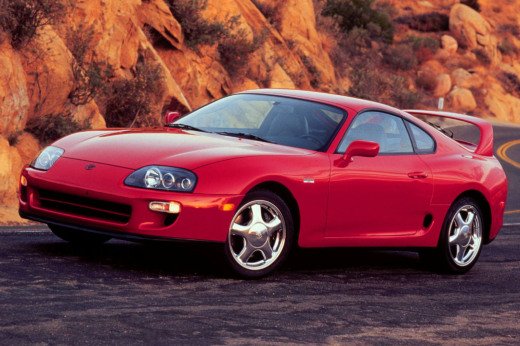 FIAT cars are beyond garbage. We'll see how the sale would go by the end on 2011.

Lotus is doing some serious new things, I'm not quite sure how I feel about it all yet but it looks positive so far. Those Ford Focus's are so horrible, not feeling them at all :/ at least Mr. Block's car saved there booth. Ford should've given us the fast focus back when they looked decent. Not this large thing here...

^what are you smoking there buddy? I actually went to the auto show, and sat in one (and subsequently did a presentation). While I think the Euro version actually looked nicer, as did the previous Euro Focus, this one will change the game, along with the Hyundai Elantra. As a Corolla owner, it puts that and the current Civic to shame. The technology in that car is pretty cool, and expect others to follow the Sync/MyTouch features. Either way, the Focus is positioned as more of an appliance, not a rally car like the STi/EVO.

Whatever they decide to offer for sportier enthusiasts is beyond what we see here.

not a fan of the new loti

I think those new Lotuses look awesome. The only problem i have is that they don't display any of the characteristics that made me love the Lotus brand in the first place...

@Alex. So true. I don't understand why GM, an already garbage automotive maker is throwing government money at Fiat. Maybe if GM could make quality cars, they wouldn't have to trust the people to buy these little 500's and hope it works. Something tells me this is set to fail, almost like I can hear Japan laughing in the distance. Anyways... I'm disappointed that Lotus ditched the small car thing. But I can't stay upset because I love the lines on the new line up. Sure it's a rather stereotypical "supercar" look, but something about the low lying roof and the body line that puts a smile on my face. Great coverage.

Thank God for Lotus...All the other car manufacturers seem to be focused on produced ever bigger fatter cars with incredibly high waistlines.

The Elise is dead.

lotus is balling now, not feeling the weight increase in the elise, thought theyd stay with that glued aluminum chassis

and yeah, gotta hate on the focus too, fiesta looks better

As a Mk1 Focus owner, I'm glad that the 2008-2011 USDM Focus is dead, such a horrible car. The Mk1 changed the game in 1998, but became fat in 2008. I'm glad we're finally getting the global version. I'm anxiously awaiting a new RS, but I'd be happy with the ST. The only thing I hate on the new Focus are the contrived/over-styled taillights.

I think the new Lotus range looks great, but they all owe a considerable amount to Honda. The new front end looks like an evolution of the S2000 design, and the new Esprit looks like what the new NSX should've looked like.

Oh, and Mike, the Esprit as Lotus' sexiest car? How about the late '50s Elite, or the original Elan?

I love the coverage you guys provide, its very good! I also like the new Focus, I think the fiesta is replacing it in WRC, but I wonder if they will produce a club-rally version??

I don't understand what's the connection between Fiat 500 and GM.

Maybe the fact FIAT 500 is the donor of the FORD KA's chassis doesn't help me.

Maybe do you mean Ford is garbage too?

Or did you mean Chrisler?

Moreover I don't think in Japan they're laughing in distance since they are buying 500 since 2008 and they seem to love it:

Maybe I can laugh here in distance lol.

What are you talking about? GM isn't partnered with Fiat, Chrysler is. GM is making some good cars.