Some of you may recall that a few weeks ago I engaged in a diatribe about the sticker styles of the UK drift scene. I was particularly interested in Touge Automotive's Turbozilla character and managed to blag a sticker to bring home to Vancouver.

Rather than have Turbozilla collect dust in my sticker collection, I decided to bring him along to Formula D Sonoma.

In a bit of cross-Atlantic culture sharing, why not see if Matt Powers would add the little guy to his Team NFS S14?

We had been adding stickers to Matt's car all weekend with the release of two limited edition Speedhunters' stickers: What Would JTP Do and on the right you just can make out the Linhbergh sticker.

Here is better view of the Linhbergh sticker as seen on Joon Maeng's car.

Nate made a modification to one of accompanying limited edition Speedhunters shirts though hahaha. MTP are Matt Powers' initials BTW.

Anyway back to Turbozilla.. Matt eventually decided on the front bumper….

And started to apply…

… JTP wasn't that pleased though… he didn't like Matt's choice of location.

Finished! Turbozilla will take a ride at Irwindale Speedway in a few weeks time! 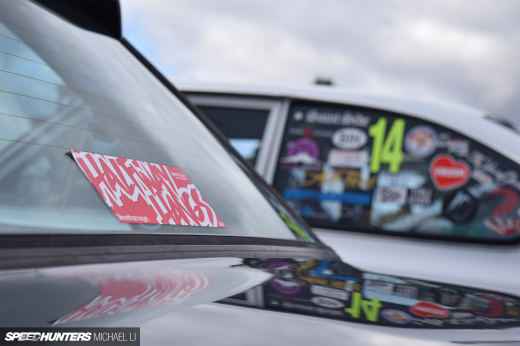 The Stickers Of Global Car Culture 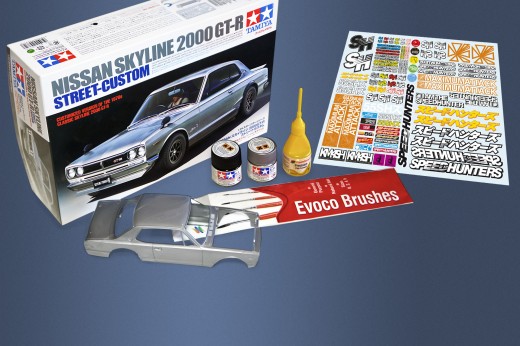 Scale Down, Kit Up:
Skyline QuickStart Kit And RC Stickers

wow I heard putting stickers on your busted pile of shit makes you drive better.

lol he is in a professional drifting competition and isn't drifting an ugly domestic.

What are you doing with your life?

I want a Rnhbrgr sticker!!!

Awesome stuff. Turbozilla... from the depths of the Welsh Valleys to the US mean streets!

That seems to be a bad position for a sticker like that, since Matt allways wrecks his bumper.... :p

wow, i heard leaving comments that bash stickers on a FORMULA D CAR!, makes you awsome...

He probably aint gunna last long on a front bumper in FD!!

How long will Turbozilla last? We need to stay tuned to find out gents!

@lazor: what busted shit do you drive? Douche

When I see this car again, I will point at that sticker and say "Thats the sticker Speedhunters made a post about", Everyone will love me.

Dangerous Zone for the Turbozilla

has he survived Sonoma??

I want What Would JTP T-Shirt

hi guys, how can i get one of those speedhunters stickers? thx a lot

hmmm its all about the sticker man??

i have a turbozilla on my drift car too

Those legs are way to skinny on the Linhbergh sticker.