Saturday mornings in Hollywood are typically slow. The normally packed streets and sidewalks are surprisingly quiet with offices closed and folks sleeping off the previous night of partying.

This past Saturday was a bit different though, as the streets of the town filled with the sounds of exotic cars embarking on the Targa Trophy SoCal Challenge Road Rally.

Thanks to lack of traffic on the streets and freeways, I was able to make great time on my way to the W Hotel in Hollywood, where the event would start. From there, the rally partcipants would set course for the W Hotel in San Diego, making stops at undisclosed checkpoints along the way. Naturally, there would be plenty of drool-inducing vehicles taking part in the rally.

The folks at SoCal Euro also held a big car meet, which happened alongside the start of the rally. The whole area around The W was packed with Euro cars of all sorts.

I made sure to arrive early so I could get a look at the cars before the start of the rally at 10am.

The majority of the machines making the run to San Diego were high end European exotics and sports cars. There were countless Ferraris, Porsches, Lambos, Bentleys, and the like.

There were also a couple GT-R's representing Japan.

Along with some wicked-sounding 'Vettes repping the good old US of A.

A new Lotus Evora seems like it'd be a fine canidate to use for this event. No?

Walking around the Euro meet a little bit, I caught this fine looking Mk1 on Ronal Turbos.

It's not too often you see VW's sporting OEM Benz wheels, but this Passat Wagon looks so right with them.

With the "official" show lot being filled up quick, the Euro maniacs took over surrounding parking lots and street corners.

VW guys are known for pushing the envelope with their cars, but you can never go wrong with sometihng proper and simple, like this Mk. II GTI.

The majority of the cars were from the VW Audi Group, but there lots of hot BMW's that came out as well, like this M3 sedan.

Japanese wheels seem to be exploding in popularity among the VW crowd. Here's a Jetta looking wicked on a set of SSR Viennas.

Just after 10am the first cars set off towards the the goal
in San Diego. Everybody kept it pretty civil, but it was still enough to
hear the glorious sounds of these cars echoing off the buildings as they headed up Argyle Ave toward the Hollywood Freeway.

Yes, the sounds alone made the event more than worth the trip.

It's not quite as dramatic when the cars hit a red light a few feet after starting, but it's all part of a road rallying. Here Porsches of the two and four-door variety anxiously await the light.

This old flat-six sounded just as cool as a lot of the modern Italian machinery that was running.

All in all it was a great experience, and I'm regretting not hopping a ride for the entire rally.

For more on the Targa Trophy Triple Crown series, be sure to check out the offcial website. 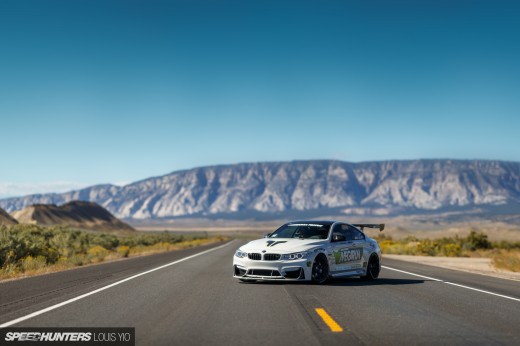 An M4 Built For The Open Road 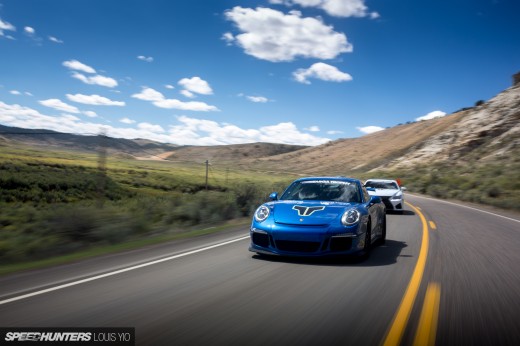 you guys need to cover more uk dub and events youd be surprised at some of the cars there. just a suggestion like (Y)

The Silver M3 is sick!

Any more of the Spyker? Great stuff as always! And any VW content is appreciated in my eyes

love the 'mixed-bag' theme at this event.. also rate the the fact that the VW boys can hold their own against the more high car market.. nice Mk1 Golf and an even sweeter Mk2 plus a Bora/Jetta.. nice! some nice cars on show.. any chance of more content/coverage.. i like this one!!

I'm seeing more and more Benz wheels on Dubs. There's quite a few Mk3s around here running Benz Bottlecaps. Like this guy:

by the way "padi" is right.. the UK Scene is Speedhunters Gold!!

Can someone tell me how you can spot the difference between Viennas and Eurolines?