If the competition for the overall win at the 2010 Le Mans 24 Hours was considered to be fierce, the GT2 battle for the top place in that category was arguably, even more hotly contested. Factory entries, in some form or other, from Aston Martin, BMW, Corvette, Ferrari, Jaguar, Porsche and Spyker provided a firm foundation for the race. As with the battle for the prototypes, the eventual victory went, not to the fastest or most obvious candidates but to a car that demonstrated durability with speed. As ever the maxim "To finish first, you must first finish" proved to be the most accurate guide to form and the final result.

So when the smoke cleared and the chequered flag was unfurled by Daniel Poissenot at around 3.00am last Sunday, #77 Team Felbermayr Proton Porsche 997 GT3 RSR stood proud at the head of the GT2 class.

Marc Lieb, Richard Lietz and Wolf Henzler, who comprised the crew of #77 did all that was asked of them, despite a dubious taste in sunglasses. They kept the pressure on their faster rivals, the Corvettes and the Risi Ferrari, to be in the perfect position to take advantage of the slings and arrows of outrageous fortune that afllicted all three cars. It was the kind of performance that used to be standard for Porsche teams, especially at Le Mans.

Maybe having the Great Man, Norbert Singer, in the Felbermayr pit was a good omen, whatever, the Porsche trio were good for their win, the first for a 911 since 2007 at La Sarthe. It was also the first time that Porsche had run a full pro driver line in years, proof if any were needed of the very high standards that currently prevail in GT2.

High standards in GT2, that'll be the ALMS mob then. The Pratt & Miller Covettes and the Risi Competizione Ferrari were the class of the field. So how come they failed to convert that performance advantage, given that both teams are amongst the toughest and sharpest in the business.

It was all going so well for Risi during the Wednesday/Thursday practice and qualifying sessions, the team was on a roll, having beaten all comers during the previous three years at the Classic races. Gianmaria Bruni scorched round in 3:59.233 to take class pole, then came technical inspection. The official story was that the rear wing gurney flap was 2mm too low. Even though this was not the part used on the pole time run, the car was despatched to the back of the grid. There were questions about how full this explanation was and it seems that there were some movable or flexible elements to the rear assembly as well. That was the bit that really upset the ACO and was a sign of how close to the maximum all the leading teams were having to push. In reality the demotion would not seriously hamper the Ferrari, as was proved by getting into the lead within a few hours.

The Pratt & Miller Corvettes looked as if they had the whole field covered, even the Risi car. There was much talk of the number of waivers that the ACO had allowed on the car, 47 I believe. The most significant that emerged from the fog was that the C6.R ZR1 cars were both running a Bosch direct injection system, giving nearly two laps fuel advantage over the other GT2 cars………….15.6 laps against 14. For 2011 all the GT2 waivers will be made public, so this sort of surprise will not happen again.

For several hours the massed ranks of the spectators were treated to a battle royale as the Ferrari and #64 Corvette passed and repassed each other in a fantastic scrap for the lead. Watching this unfold I kept getting the feeling that Corvette still had something in reserve and that they were waiting to see how things looked in the morning. In the end the Risi car cracked first. Eight hours into the race, the 430 started to have gear selector problems, that first hobbled, then put the Ferrari out of the race. Their winning streak had been broken.

So during the hours of darkness the Corvettes dominated, #64 leading #63. They had a two lap advantage over the Felbermayr 911 and seemed set to cruise to another Le Mans class win. Then everything fell apart just around 7.00am Sunday morning. #63 suffered an engine failure,that stranded Antonio Garcia out on track. Worse was to follow for #64, when Emmanuel Collard got tangled up with the Peugeot of Anthony Davidson. Although the cars did not touch, the Corvette thumped the wall at the Porsche Curves pretty hard. Collard got the car back to the pits and as ever the team repaired the damage and got the Vette back on track, only to suffer another engine failure.

There was a deal of hysterical and downright wrong commentary on TV, Radio and forums, all fully blaming Davidson. There were even some threats made in his direction from forum warriors, pathetic.  It was a racing incident and both drivers played a part and should take a portion of responsibility. Davidson was unrepentant in his interviews afterwards and not terribly subtle. Nevertheless he had been instructed to drive flat out to try and redeem something from the disaster that was unfolding for Peugeot, he had just done his bit, he felt. Collard admitted that he had missed the rapid approach of the Peugeot and was not expecting to be passed at that point, all rather shades of grey rather than black and white. Discussing this with a beer in hand after the race, one of my colleagues made the sage point that for once P&M missed a trick. With a two lap advantage, they should have warned Collard that the Peugeot was pushing at qualifying pace and on a charge, so give the prototype plenty of room, let the 908 go. It was unfortunate that the Corvette did not convert their hard yards into a win, that they fully deserved.

Another leading runner who struck trouble was the AF Corse Ferrari, who lost a secure second place on Sunday morning when Giancarlo Fisichella had a brake problem, that sent him off the track. The damage was repaired but the Italians were demoted to fourth.

This promoted another Ferrari, the Hankook Team Farnbacher F430 GTC, to take second place in class. The team and drivers (Dominik Farnbacher, Allan Simonsen and Leh Keen) performed miracles on a shoestring budget. Discipline and focus helped to achieve this dream result, repeating their Nurburgring 24 Hours heroics and position from mid May.

Final position on the podium went to the Porsche of BMS Scuderia Italia. The trio of drivers, Marco Holzer, Timo Scheider and Richard Westbrook had to endure numerous niggling problems and finished the race on only five cylinders, but their persistance was amply rewarded.

What of the rest of the field? Arguably the highest profile car in the field was the Art Car from BMW. This Jeff Koons' design made a big impact everywhere it went, except that is, on the track, well ignoring the role it had in the incident with Tom Kristensen and the #7 Audi. The BMW M3 GT2 was simply not quick enough, not helped by a late smaller restrictor change and the Art Car suffered from a number of issues, finally running out of fuel on the circuit on Saturday evening.

The #78 M3 soldiered on to 6th place but this was not a typical BMW or Schnitzer performance, expect big improvements as the project continues.

Another car in the wars was the Spyker but despite many problems the Dutch supercar managed to grind out enough laps to be classified at the finish.

A finish was beyond the JMW Aston Martin V8 Vantage. The Aston suffered with intermittent brake problems all week and on this high speed track meant that no one was surprised when their race was ended after Bryce Miller crashed out.

That would have been a dream result for the Jaguar XKRS. The car refused to run properly all week, with a serious electrical problem.

This picture tells the whole story as the Jag comes into to the pits 17 minutes into the race………..it did not leave again.

Down in the GT1 class, a Saleen finally took a class win with the Labre Competition team achieving this feat on the last race for the GT1 category at Le Mans. The ACO has gone to a GT2 only solution for 2011, about time.

So a great GT2 win for Porsche, a fantastic way to launch what will become in effect a GT World Championship in 2011 with the Le Mans Inter Continental Challenge.

The GT2 battle like its counterpart in LMP1 was an endorsement of traditional Le Mans values such as durability and stamina over the ultimate speed. It is after all a 24 Hour race. 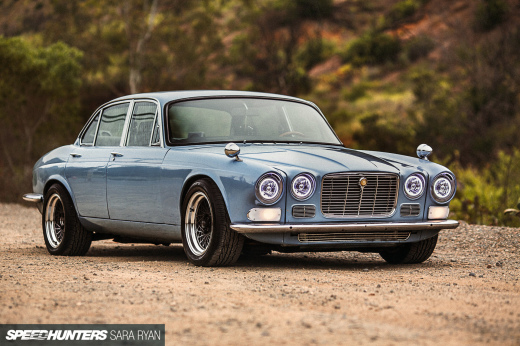 That first shot is AWESOME!!

Stop defending Peugeot...In my opinion it was Davidsons fault.Anyways when we're gonna see some desktops?

When are we going to start seeing LeMans desktops? I know you got some awesome photos John!

even Davidson said he was a little optomistic on Radio Le Mans.

btw- are you aware 1st and 2nd are still provisional as the ACO are checking engines. No reason given, but I heard they failed the stall test

Steve - stop worrying about Davidson...It won/t put Corvette back on the podium.

Sad to see the end of GT1. It used to be brilliant--remember the titanic Aston Martin/Corvette battles from 2006 and 2007? The current situation is the FIA's fault.With the new championship, what was once the pinacle of sportscar racing (excluding prototypes) has now become a series for 600BHP touring cars.

desktop of pict on please

@Sneaky Squirrel - At least we'll now have battles between factory back cars from Corvette, Ferrari, Porsche, McLaren, BMW, Jag, Aston, Spyker and others to look forward to in the future..

@Steve...........read what I wrote.............Davidson must take a portion of the blame for the incident..............Collard too and P&M..........also IMHO the ACO should make it the overtaking driver's responsibility to make a clean pass, like the ALMS does.....but one of the first lessons learnt in professional sport is to play the referee not the rulebook.......the point I was making was that there was a chorus of shrill and mistaken voices all laying the fault entirely on Davidson.....that is not the way I saw it. I am writing commentary based on being at the event.