2008 had been a great year in the world of endurance and GT racing, factory participation was everywhere, competition was fierce and grid numbers were good. In the back ground however, was the global financial turmoil that was bringing the entire economy of the world to a standstill, particularly in the automotive segment. Programmes that had seemed solid suddenly disappeared as budgets were annihilated and marketing took a back seat to fighting for survival. In Formula One Honda bailed out, subsequently Toyota, BMW, Renault and Bridgestone followed that path. Down from the dizzy heights of the sport it was a similar story wherever you looked.

Indeed where F1 goes the rest follow. ALMS, IRL, FIA GT, even NASCAR all were suffering from a pattern of smaller grids and smaller budgets. However there was one series that seemed to reverse this trend, the 2009 Le Mans Series. OK, the factory teams from Peugeot and Audi had packed up and left, citing the economic situation and some dissatisfaction with the way that promotion and marketing had been performed during 2008. However for a series that traditionally relied on gentlemen drivers to fund the running costs, the disapparence of the high spending, win at all costs, Werks outfits might prove to be a blessing in disguise.

So it was not a great surprise to be in Barcelona in early April, enjoying the sunshine and witnessing some 42 cars take the start of the 1000kms of Catalunya. At the sharp end there were three main contenders.

Sporting a mix of iconic brands and cultural references there was the Gulf Oil liveried Lola Aston Martin LMP1, run by the crack ProDrive outfit. 007 crewed by Jan Charouz, Tomas Enge and Stefan Mucke was always the best of what eventually became a three car squad.

Early in the season there was a degree of hair pulling, name calling and general handbagging between Lola and Aston Martin over who had contributed exactly what to the mix  . Aston Martin celebrating the 50th anniversary of their outright win in the Le Mans 24 Hours wanted to claim all the bragging rights to the project and their boss, David Richards inflamed the situation by stating to the media "The basic tub and crash structure are Lola, everything else is ours. Last year's car was a bit of an ugly duckling, we've tried to turn it into a swan."

Martin Biranne, Chairman of Lola Cars, told me that Lola had spent £4.5 million in getting the car to the track and owned the intellectual property rights to the name, design and concept. They had offered to sell the rights to Aston Martin racing but no agreement was ever reached over price. It got the relationship between the two companies off to a frosty start.

On track things were much better, with the 007 gang taking overall wins in Barcelona and Nurburgring plus podiums at Spa, Algarve and Silverstone. All of which meant the driver's titles for the German and the two Czechs, a deserved win. 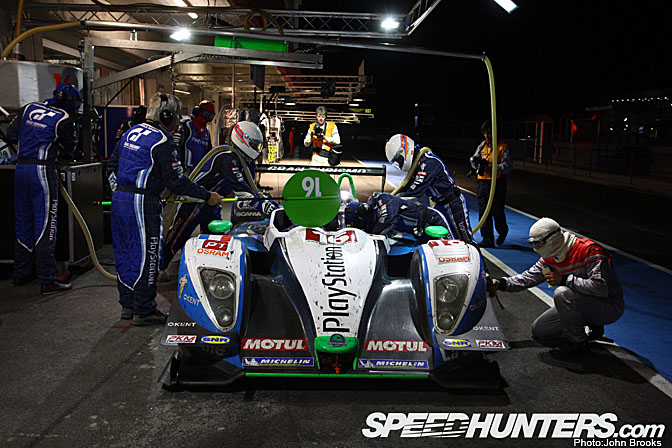 Second in the Teams and Drivers championships was Pescarolo Sport with Jean Christophe Boullion and Christophe Tinseau behind the wheel. The Pescarolo team was in a state of flux off the track with ownership of the manufacturing side changing hands but when the flag dropped the French legend's team were generally on the pace, taking a fine win at night in the Algarve race. Arguably the drive of the season came from Boullion at Silverstone when forced to start from the back of the grid, he managed to grab the lead by the end of the opening stint, against the strongest of opposition. Stuff of legends………….of course there was no fairy tale ending, a gearbox problem dropped them right down the order mid race. 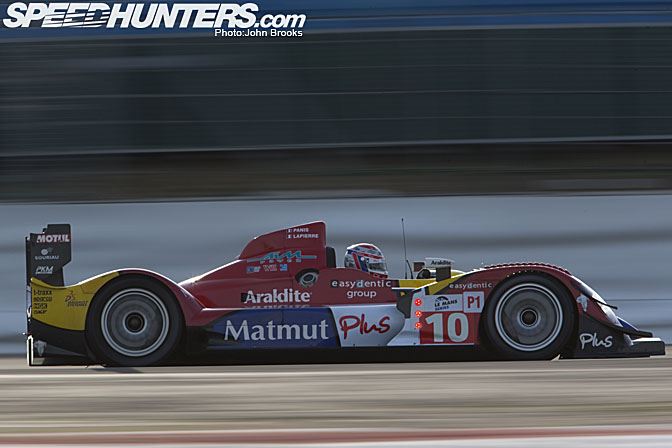 Another team from France completed the LMS top spots. Initially ORECA entered two of their new prototypes based on the designs purchased from the remains of Courage Competition. Powered by an uprated Judd V10 that was developed on behalf of Japanese AIM outfit. A top line driver line up had former Grand Prix star, Olivier Panis paired up with Nicolas Lapierre and Bruno Senna with 1998 Le Mans victor, Stephane Ortelli. Much was expected of the striking looking cars, the livery being based on Piet Mondrian's unique artistic style. Senna blotted his copybook at Spa but scored seconds at both Barcelona and Algarve. For the last two rounds that team elected to run only one car with the other being sent over the Atalantic to contest Petit Le Mans.

Things all came together at Silvestone when ORECA scored their maiden win with the ORECA 01 AIM. The latest news is that they will run a Peugeot 908 HDi FAP in 2010, expect them to win.

Peugeot, ah yes the diesels made one return visit to the land of LMS. At Spa they rocked up with two cars and proceeded to destroy the opposition.

A succession of full course yellows restricted the winning trio of Nicolas Minassian, Simon Pagenaud and Christian Klien to a margin of just a half a minute but no one, even Pescarolo Sport, thought that they could beat them. A self inflicted wound would take the other 908 out of contention but the warning was laid down for Le Mans, the diesels would rule and the petrol cars would be nowhere. So it proved. 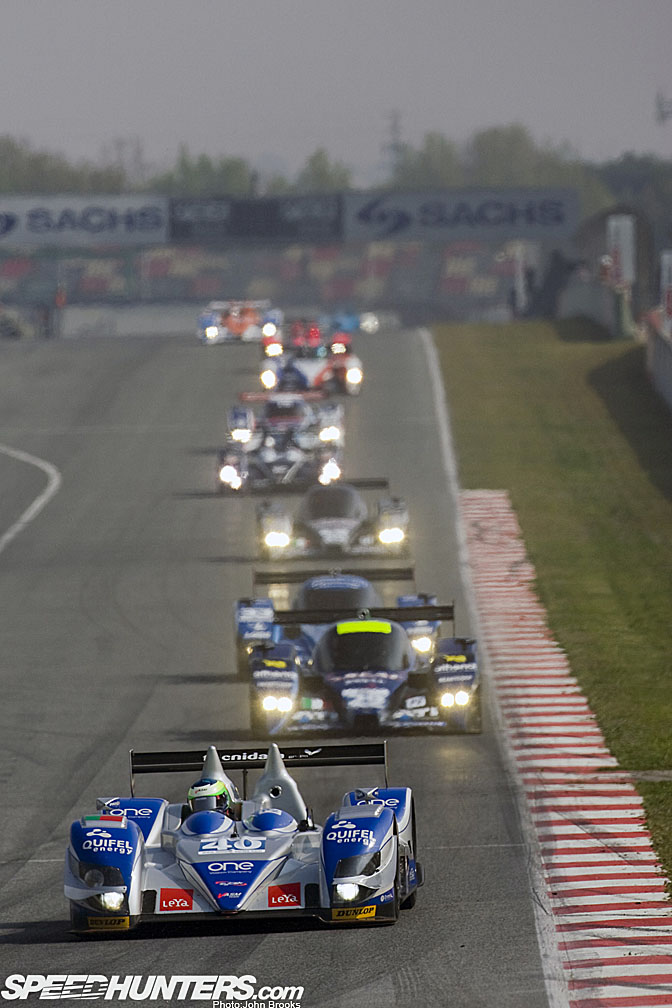 The LMP2 class had also seen the departure of the title winners, the Porsche Spyder of VM Motorsport. So it was left for Lolas and Zyteks to struggle for supremacy, the 2009 developments having carried them onwards from the Pescarolos, Lucchinis and WRs.

In the end with two wins to their credit Olivier Pla and Miguel Amaral in the Quifel ASM Ginetta Zytek GZ09S/2 took a well desrved title. Pla is becoming a hot property and Amaral drove as if he was a professional and not a media mogul.

The initial opposition to the Portuguese team came from a pair of Italian run Lola B08/80s with Barcelona falling to Matteo Bobbi, Andrea Piccini and Thomas Biagi. Their team mates, Giacomo Piccini, Andrea Ceccato and Filippo Francione managed a brace of seconds but the team missed the final round with some reported financial problems.

Another outfit that used the LMS Spa round as a workout for the Le Mans 24 Hours was Team Essex. Their reward was a win for Casper Elgaard, Kristian Poulsen and Emmanuel Collard, a repeat result was scored by the team the following month in France. 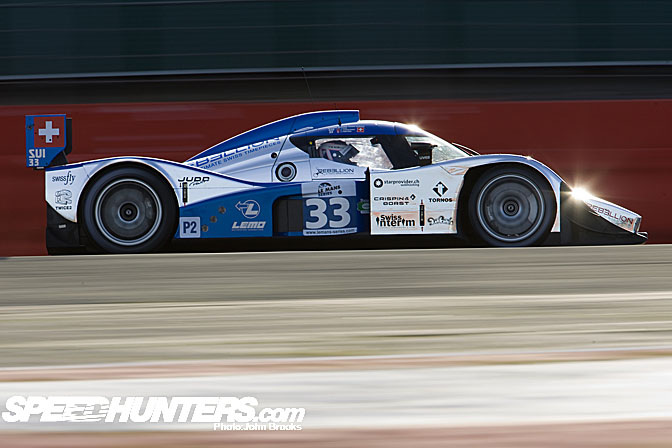 In the end it was left to the Speedy Racing Team Sebah Lola B08/80 of Jonny Kane, Xavier Pompidou and Benjamin Leuenberger to chase Pla and Amaral. After a few near misses they top honours at Silverstone to finish runners up in the season.

Motorsport is going to disapear with this kind of people in front of it.

Weed you forget the na v12's in the astons and the judd v10's LMP1 does have serious petrol competition but the equalisation with the diesels still needs fine tuning we will wait to see what effect the already announced changes for this coming year bring and with a shakeup for 2011.

LMP is the most open formulae for new technology to be developed and developments made in sportscar racing have already transferred to road cars and to allow the development of diesel technology and the wide range of bio and alternative fuels used in the ALMS including provision for hybrid technology that is to expand in future years shows the ACO's commitment to development in the melting pot that is professional racing.

Oh and they sound and look beautiful going around the track such the mixed noise of so many different engine configurations racing against each other makes the race distances from 6 to 24 hours all the more memorable.

Can you tell I'm a race mechanic?

Wallpaper of the Lola please!

PistNbroke... i AGREE.. haha,, i understand what Eric is trying to say but i agree with you....