Yesterday I went to the Nürburgring again to witness on off the latest ‘touristenfahrten' weekends. We have two more to go but after that the track will be closed until March next year. I got in contact with Stephane Benini from Clash Production, he offered me a ride in his newly acquired BMW E36 M3. Off course I immediately said yes. But before I will tell you more about that experience I wanted to show you guys the diversity of cars that you can find on the parking lot that surrounds the entrance of the ‘green hell'.

At first you are overwhelmed by all the cars, but after a while it feels like a ordinary day at work. So I quickly got out my camera and started shooting. The trio in the first picture grabbed my attention because of the color coordinated theme. The Alfa Romeo 147 GTA sported  Sportec wheels, next to it is a Lotus 2-eleven and then we have a Porsche 911. Which car would you pick for you ultimate lap on the Nürburgring?

At one point I lost count of all the Porsches, this GT3 was one of many I saw. I noticed that the grease was still on the wheel, hinting that the driver had put some new tires on just for this day. Behind it you can see its arch nemesis, the Nissan R35 GT-R.

This blacked out R35 looked menacing, I spotted it from the other side of the parking lot. The Dutch license plate also helped in getting this car featured.

I also spotted this older brother, the car came all the way from the UK. The bronze Nismo LM-GT4's are almost obligatory, they look so good on the Skyline.

This Seat Leon packed some serious stuff under its hood. The larger intercooler already hints at its capabilities. I spoke to the owner and he told me it had around 360bhp. Stephane met him during his trip to ‘The Ring' and he couldn't keep up with him in his M3.

A car specifically made for ‘The Ring'. I didn't got to speak to the owner unfortunately, because this is pretty much how I would like my E30 to look like.

This car from Sweden got me thinking. I think I have seen this car before on some photographs from the Gatebil events.

A very clean EVO, I think it's a IX version. It had a nice set of Advan RG wheels with Alcon brakes behind them.

Another favorite during the day was this Ford Focus RS, I must have counted at least 10 of these cars all in different colors. This green one was the most eye catching.

Another shot of the Lotus 2-Eleven just before it is going for another lap. I will tell you that it wasn't very warm that yesterday and it even started to rain a bit. So I have mucho respect for these people.

Ah… the famous Sabine Schmitz posing with some guys who just got a ride of their life in the BMW M5 Ring Taxi. Stephane took me the bend at Brünnchen where  I spotted her drifting, she even had time to wave to the public. It's all in a day's work I guess.

This BMW E46 M3 had some extra meaty and sticky tires. The perfect car for a lap around ‘The Ring'.

I thought this Falken Tire liveried 911 looked pretty cool. Not sure if it was a customer car or just an advertising tool.

The owner of this blue M3 with black CSL wheels was driving the ring all day long, every time he stopped he took one of friends with him to go for another round.

My next installment will cover my trip around ‘The Ring' and some other cool stuff. 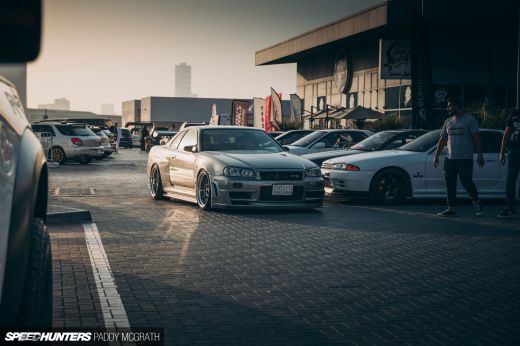 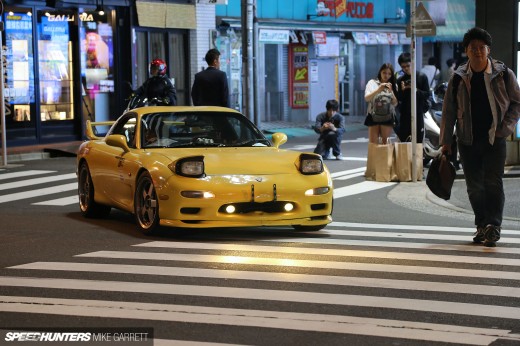 the Falken "911" second from the bottom is a Boxster, maybe with a different front end?

Isn't that a boxster?

beautiful cars though, especially the second to last BMW

the nordeseschleife is on my bucket list, i will one day get there

That is a Boxster with a facelifted 996 front end.

i second that notion.

i'd definitely take the lotus; it looks so hard core. great read btw, can't wait for ur pics of the lap.

i love speedhunters because they shows a picture of an evo instead of a 360 right next to it. keep it up.

yup i would take the lotus for the ultimate lap.......look at the mini brake caliper in the back wheels...its so cute....lol

the falken porsche is definitely a boxster.....no way thats a 911

oh i just hate that focus rs its so hideous....to me

thats a boxster with a 996 front end

996 MKII cup front end to be specific, and yes that is an e30 Dundy. Nice photos!

@dundy: Thanks for the correction. Next time, chime in with the correct answer and not just the fact that it's wrong so you don't look like a humongous ass.

Skyline on Rota's not LM GT4's

I think the last car on the first photo is the Mégane Renault Sport R26.R. It helds the record for frontwheel-driven production cars with an faboulous 8:17 for the Nordschleife.

Impossible to see Focus RS's in 10 different colors, there are only 3 colors in which you can order that car (green, pearl white and blue), maybe you saw several Focus ST's?

@Ron - It was more a figure of speech

Seat Leon is sweet, any chance of a feature, it sure looks like an E30 to me ...lol

Sparta: awsome engine sound on it.

Impossible to see Focus RS's in 10 different colors, there are only 3 colors in which you can order that car (green, pearl white and blue), maybe you saw several Focus ST's?

Orrrrrrr maybe they *are* RS's that were painted aftermarket colors. But wait, you can't paint a car anything other than it's original color, right? lol

Anyway, I've always dreamed of taking my Mustang through the Nurburghring. THAT'S the stuff dreams are made of....

Wow the comments are attacking everything you said Jeroen, haha. You gotta be VERY accurate or the internet will come after you!! Nice work though, looks like a fun day! You didn't talk much about any times you went out - did u go for laps?

The swedish CSL can be read about @ LOADED.se

the lotus would be my pick for a lap though.

I love that Lotus, mmmmmmmmmm

It isn't impossible to respray a Focus RS people...

One of the best cars you can take out to the ring.

Except you get your hands on this

First pic I'd definitely take the 2-11. Probably the ultimate trackday weapon. Too bad you can't buy them in the 'States, I'd rather have that than a Radical or Ultima. Rounding out my top 4 picks from this post that I'd take to the 'Ring, in order:

4. the Focus RS (I own a USDM 1st gen Focus and am bitter that we've never gotten the RS.)

great photos, but you need to proofread your work man.