From the super fast sweeping turns of Brands Hatch  to the tight and technical custom made Santapod track, round 5 of the NFS-EDC championship could not be more different to all of the previous rounds.

8am and the British summer time played its trump card and delivered a mix of drizzle and heavy showers of rain making conditions a little tricky. Designed by head judge Maz the track consisted of a fast sweeping righthander forcing the drivers out to the wall for the following hairpin then into a technical left right flick before powering over the finish line, a mix of bumps and slippy conditions and the promise of a concrete wall if you got it really wrong made for some tentative practice laps…

..but it wasnt long before the consistantly fast Peter Barber was recording speeds of 70mph across the bumps in the Swinton RX7  making the track come to life.

..so much so that Ben (Bon) Broke-smith Phil Morrison,Martin Ffrench, Peter Barber and Brett Castle put on a epic display of skill with a 5 man drift train..

..seriously impressive to watch they repeated it 3 times thankfully giving me time to scuttle off to another part of the track a better view point.

with practice over the competition got into full swing first to go was Ian harrison and Steve Will, a brave move from Harrison for a overtake into turn 1 didnt quite pay off putting Will through to the next round.

As did round 4 winner Mark Luney against Paul Cheshire.

Next up was Steve Will and Alan Mccord too close to call the heat ran OMT with Mccord taking the place in the next round.

Dave Monghan lost out out to the on form James Russell.

…an incredible noise from the two mazdas and a very close battle eventualy saw Martin ffrench going through to the top 8.

Into the top 8 and first up was Paul Conlan V's Mark Luney, running bumper to bumper another 5-5 was recorded making it OMT for the Irish drivers…

..at this level it can be the smallest mistake that can decide a battle Luney straighted in turn 1 giving Conaln a 6-4 advantage and a ticket into the semi finals.

Round 5 saw the welcome return of reining champion Ben Broke-smith to NFS-EDC, and in a twist of fate he found himself up against his  team mate Phil Morrison for a semi final place..

..as soon as i saw the Driftworks guys roll onto track i knew it wasnt going to be a straightforward battle, ive seen Morrison and Broke-Smith run together before and its almost impossible to judge between them unsuprisingly the battle went OMT, chasing his team mate Bon eventualy went ito the hairpin a little hot and had to  correct giving Morrison the advantage and the win.

James Russell saw the tinyest of gaps into turn 1 and went for the overtake….

..however against a driver like Alan Mcord its not quite that easy and contact was made giving a 10-0 advantage to Mccord..

..Mccord with a huge advantage progresed to the next round.

Another very close one between Martin Ffrench and Brett Castle saw yet another OMT..

..the hairpin claming another victim Ffrench closing in to close on Castle and spinning putting Castle through to the semis.

Into the semis and Morrison took the win against Paul Conlan.

The technical santapod track was producing some suberb battles most too hard to call the Castle Mccord semi being no exception, matching each other blow for blow the battle went OMT..

…until a big mistake from Castle left him at a massive disadvantage and out of the running with Mccord moving on to the final.

Castles day was not quite over tho as he still had the 3rd place run with Paul Conlan to contend with, another bumper to bumper battle sees Brett Castle secure 3rd place.

So on to the final Alan Mccord and Phil Morrison, both drivers on stunning form neither  putting a foot wrong all day..

..impossible to tell apart the battle ran OMT twice until..

..Mccord made the smallest of errors and breifly straightened  giving Morrison a 6-4 advantage and the overall win.

With round 4 over Phil Morrison now leads the championship by 40 points going into the final round, but with Mark Luney Alan Mccord and Peter Barber still within striking distance there is everything left to play for the Snetterton final has all the makings of event of the year!. 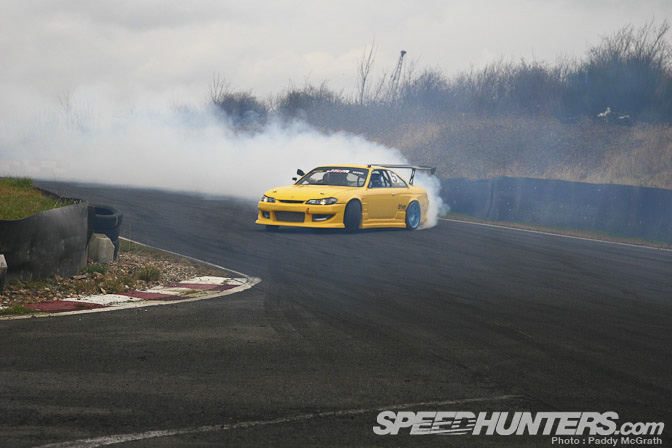 Sequence>> The Day I Was Nearly Killed By An S14 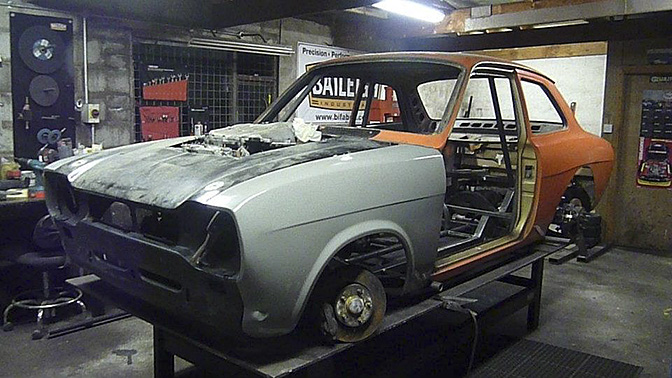 the shot with the two FD's of French and Barbar needs to become a wallpaper~!!!

those Luminous Yellow Gram Lights are my favorite~!!!

Alan McCord was driving a borrowed S13 (owned by Dwain McKeever) as he blew the engine of his S15 at Brands RayJDM.

Was a bloody awesome event, great atmosphere and the battles were sooo close!

Much better without the Time Attack imo, means that there is plenty of time for cool stuff like driver interviews etc

"As mentioned on our website, results from Round 5 Need For Speed European Drift Championship held at Santa Pod - the points standings and overall Championship standings are currently listed as PROVISIONAL pending further action and enquiries into driver sporting conduct at the event.

The outcome of the action and final confirmed results will be announced as soon as possible."

The Touge Heroes / Dragon RX-7 is the BOMB!! WALLPAPER!!!

Ooooch. Didnt know that... So Dwain has new graphics on his car i see. Good to know ^^ Thx for solution