If, like me, you are unable to attend the 12 hours of Sebring this weekend, then Speedhunters, Radio Le Mans.com, and other media can keep you all informed. 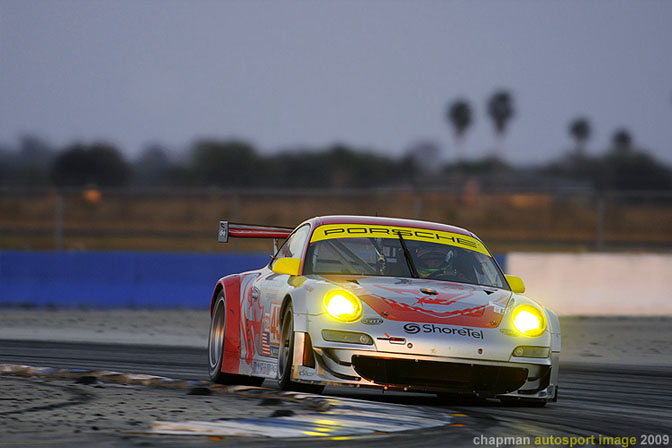 John Brooks is currently on his way to Sebring. Expect the usual collection of fantastic images and stories from John at the track. We will also be publishing a Preview before the race and providing updates here and on our Twitter channel.

Radio Le Mans.com will be broadcasting online from Sebring during the event. John Hindhaugh, below, interviewing Emerson Fittipaldi,  leads the team with expert analysis and full commentary.

Radio Le Mans started covering the 24 hour race in France back in 1986 since then its become the No1 choice for sportscar fans. The station first broadcast on the internet in 1997 and has expanded to cover The American Le Mans Series, Nurburgring 24, the (European) Le Mans series as well as the legendary French endurance event. John and his team also provide the audio commentary at the track at all ALMS races.

Speed TV also has extensive coverage starting with a preview show on Thursday at 7pm ET, followed by an excellent documentary on Acura’s LMP1 challenger at 8pm ET.

The race itself is broadcast live on Saturday from 10am ET.

Don’t forget, ESPN will be showing ‘Truth in 24’ the documentary by NFL Films on Audi’s 2008 Le Mans campaign on Friday at 8pm ET. It has received fantastic reviews. Antonio was lucky enough to see this earlier this year. You can read his review here. 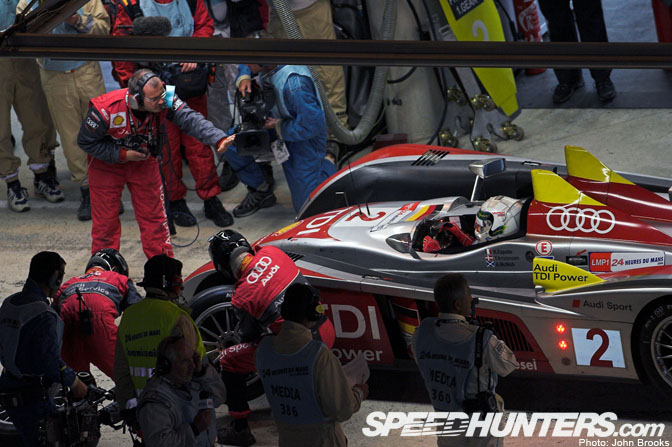 Motors TV will be showing the race, starting at 3pm. Radio Le Mans will be providing commentary. Highlights later next week.

Do you know if the Acura show will be on in the UK?

I am so ready for this and Radio Le Mans is the only way to watch the race. I'm sure someone will throw up the MotorsTV stream onto Justin.tv so i can watch both coverages. Going to be a good weekend. I was gonna head out but im too broke right now. lol

Everyone should watch "Truth in 24". It's an instant classic and any chance you get to watch it for free is well worth it.

Also, John Hindhaugh has one of the best voices ever. I can't wait to listen to the race, he does such a great job it's as good as you can get without being there to hear it live.

Good luck to the Scottish lads, always confused me why Scotland can have so many world class drivers, when our country's smaller than most US citys and we only have 1 race track.

Homer - the legacy and success of Jim Clark and Jackie Stewart along with the support of young drivers by Stewart and Leslie families.

maybe you want to throw that up in the "Speedhunters Editorial Team:" box you have on the right hand side of the page?

keep up the great work!

You may have noticed, we are fans of the American Le Mans Series here at Speedhunters! The 2009 season