Earlier today, Audi Sport took the 'official' wraps off of their new R15 TDI LMP1 racecar. Regular Speedhunters will have seen the testing image, which Audi was forced to release after a number of spy images appeared during February.

The new R15 TDi's first event will be the Sebring 12 Hours in less than two weeks time. Two chassis will be entered.

Audi call the R15 the first of the 'second' generation diesel race car. This new car is powered by a newly developed V10 TDI engine which produces 600bhp and maximum torque of over 1050 Newton metres! The engine is smaller and lighter than the V12 unit, used in the R10.

The German manufacturer has also announced that the electrical system will use a lighter lithium-ion battery, as used in many hybrid vehicles.

However, the biggest change is visual. The sleek, elegant lines of the R10 have been replaced by aggressive, heavy surfaces, and the large flat nose dominates the front end.

Unusually, this is mounted very high. It allows air in under the nose to the underfloor and the radiators. if you look closely, you will see what appears to be a fixed wing (by the Michelin logo) just above the main splitter.

Following the idea Ferrari had with its Formula 1 nose in 2008, there appears to be at least one air passage through the nose with a divider, where the Shell logo appears.

The front lights remind me of the old Audi R8R coupe of 1999 but, this time, feature LEDs as a link to Audi's roadcar line up.

Interestingly, Audi has not released any images of the 'passenger' side of the cockpit. The spy photos suggest this area is cut-away and level with the sidepod.

The sidepod area is also a departure, split into two sections with a vertical spin joining the elements. Above this, the car has a set of gills to allow air to escape. Note the Turbo inlet is angled over. Must be to catch clean airflow.

Air intakes forward of the wheels appear to direct air inboard of the rear tyres, rather than radiators.

Another area that is hard to see is the exhaust outlet. This is located high up inside the engine cover. You can just make the area out in the above image, left of TDI

I like the LED lights, set into the rear wing endplate — a very nice touch.

Two R15s will make their race debut at Sebring on March 21st.  Audi Sport Team Joest plan to field three cars at Le Mans in June. Further appearances in the ALMS, such as Petit Le Mans and Laguna Seca have not been confirmed.

We always receive posts asking for wallpapers. We only supply these for images which the Speehunters team have taken, but SpeedTV already has all the press images up as wallpaper. 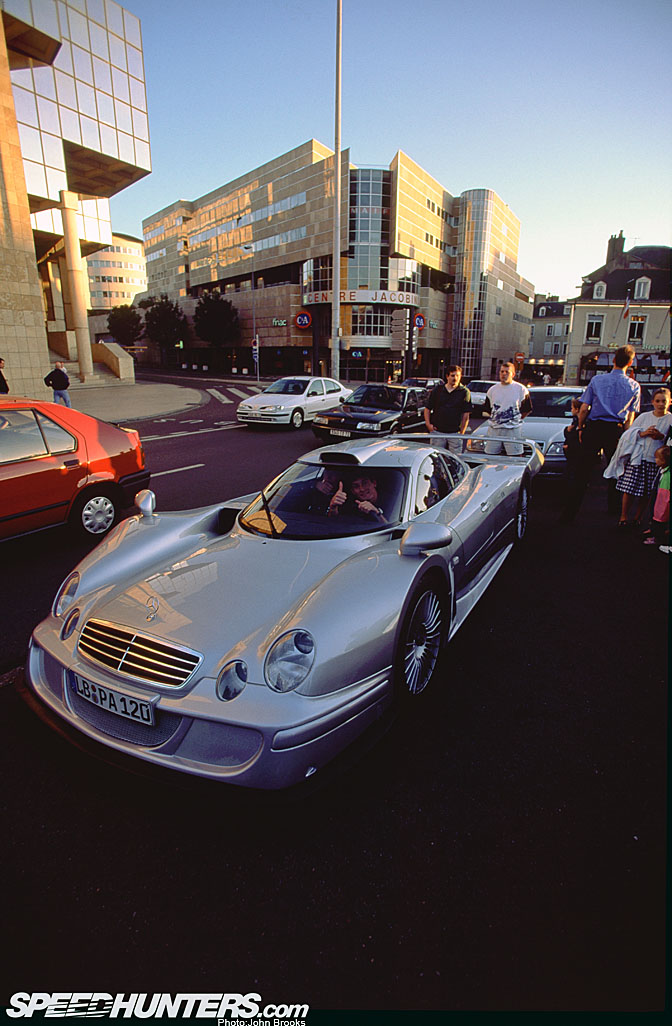 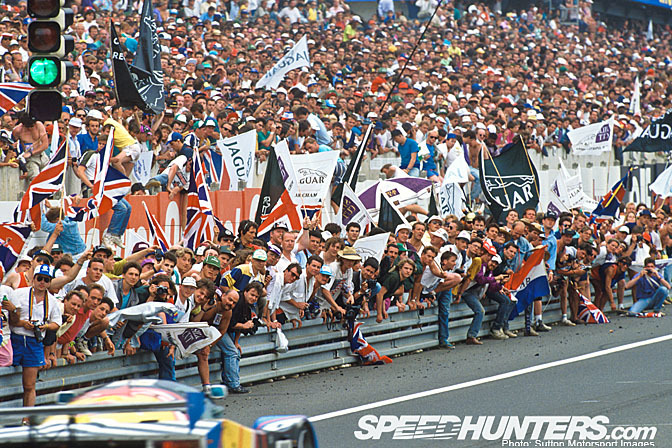 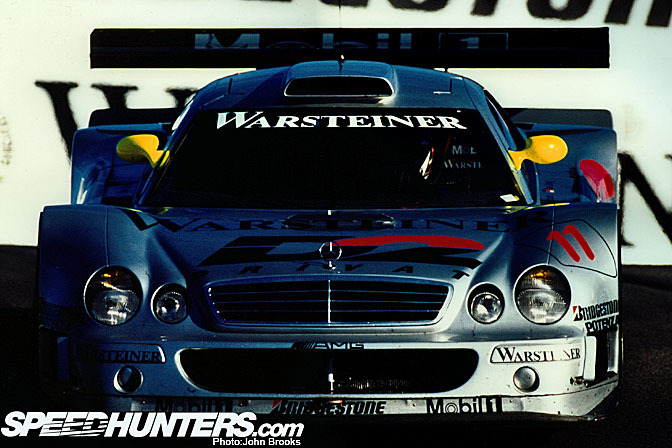 Reminds me of a Stingray.

I cannot wait to see this in person!!!! I just wish they would have went with the flat black in between the wheels and the nose like on the R10. Oh well

Labour day in Canada, and I will lay eyes on this excelent car.

Hrm, now I am kinda wishing it would be showing up at Road America this year...

SoloTwo, don't lose too much sleep over it, your wish may be granted.

i think it looks more aggressive with the grey/silver

awsome car though, can't wait to see it perform

Do V10 diesel engines still sound like tractors or do they roar?

The stop-light LED's in the spoiler endplates are pure genious! And they look so cool too....

Gee: They are neither loud or tractor like. They whisper around the track. It's pretty crazy although many purists think "It just ain't a car if it ain't blowin' out yer ear drums, boy"