Nothing ever stays the same does it? Even if we don’t actively seek change in our lives, it has its own way of finding us…. I am thinking these thoughts as we get ready to start year two of the Speedhunters project. The site has built up a good sized audience far faster than we could have ever imagined, and most of this success is down to the dedication of the Speedhunters editorial team who work tirelessly – day in and day – out to bring you the coolest bits of new school car culture from around the world. I’m sure you’ll agree that one of the hardest working Speedhunters is Mike Garrett. He has brought all the different sides of the wild and crazy Japanese automotive scene to life on the Speedhunters website.

However, the reset button is about to get pressed. Mike and his Japanese wife will be moving back to California in just over a week…. of course he’ll remain a valuable member of the Speedhunters team, but we now have a little problem don’t we? Who will Speedhunt for us in Japan? How will we know what the underground automotive scene is up to in the land of the rising sun?

Well, all is not lost! We’ve found two new Japan-based
Speedhunters join the editorial crew. One will be starting his first
assignment with Speedhunters this week. And what an assignment it is!

I’m very happy to announce that new the Speedhunter,
Alexi Smith will be meeting up with Vaughn Gittin Jr. in Japan this
week for daily blog updates from JR’s upcoming “Mustang Drifts Japan” tour.

JR is flying out today to Japan to meet his awaiting partner – a 500-horsepower 2010 Ford Mustang. Prior to the car’s trip to Japan, the Ford Racing crew in Detroit
bolted on his shopping list of performance parts including a Ford
Racing supercharger and intercooler, an Exedy clutch, a Ford Racing FR3
suspension pack, a Ford Racing brake kit, HRE wheels, a K&N air
filter, Bosch Performance spark plugs, and of course, the unfortunate
victims of Vaughn’s throttle-heavy foot – Falken Tires. The car will look similar to the machine in the above photo…. although JR tells me that it has been lowered for some proper stance.

The trip kicks off in Osaka, where Vaughn will meet up with some
friends to check out the local scene. Next he will head to the Bihoku
Highland Circuit to enjoy his first-ever Japanese style grassroots
drift day. A couple days later he’ll meet up with the “Drift King”,
Keiichi Tsuchiya, at the YZ Circuit to drift and do some time-attack.

After
tooling around Tokyo , it’s up to Ebisu – a track that JR has dreamed
of drifting for as long as he can remember. “I’m insanely excited for
this trip to Japan,” says Vaughn. “Not only am I thrilled to drift places
I have only dreamed of… it is a true honor to have this chance to be
able to experience the home of drifting in a Ford Mustang.”

Watch this site for daily updates of JR’s adventure care of Alexi Smith.

So back to our new Speedhunters contributor…. Some of you may know Alexi from his Nori Yaro blog… I’m sure
you’ll agree he is going to make a fantastic addition to the Speedhunters team. Welcome Alexi!

The second Japan based contributor (a certain well known Italian photographer) won’t be starting for another month so we’ll welcome him in a few weeks…..

And the theme for the month?

Well we thought that it would be a good idea to get ready for the racing season ahead so we’ll focus on covering new race car builds and look ahead to the start of on-track hostilities. Sound like a plan? We thought we’d check in with some of our car builder friends and see what new monstrosities they are putting together to hit the circuits this spring. So the theme is: 2009 Racing Previews.

We’ll also look forward to some our favourite race series like the BTCC…..

…. or WTCC with reports of what to expect from the coming race seasons.

John Brooks will be gearing up to fly stateside for the 12 hours of Sebring in a few weeks…. in the mean time he’ll prime us for the ALMS season opener…. In looking at the above photo I find it hard to believe it’s been ten years since the Panoz coupe thundered around this historic track… Did any of you see this car back in the day? It was one of the loudest race cars I’ve ever heard…. or should I say “felt” as a sonic pulse would hit you in the chest each time it roared past.

The Geneva Motor Show is also coming up…. Andy Blackmore will bring you the latest news and reviews….

And in other news Speedhunters is now on Twitter! I’ve been a big proponent of Facebook for a while now….but for some reason I’ve been a
bit resistant to get signed up to Twitter…. One network too many perhaps… anyway… Speedhunters is now hooked up and
cross linked between our RSS feeds, status updates and any other random
thoughts which may flicker through our car obsessed brains…. We’ll
also post updates from our travels so you can check up on where we are
and when…. See you there! 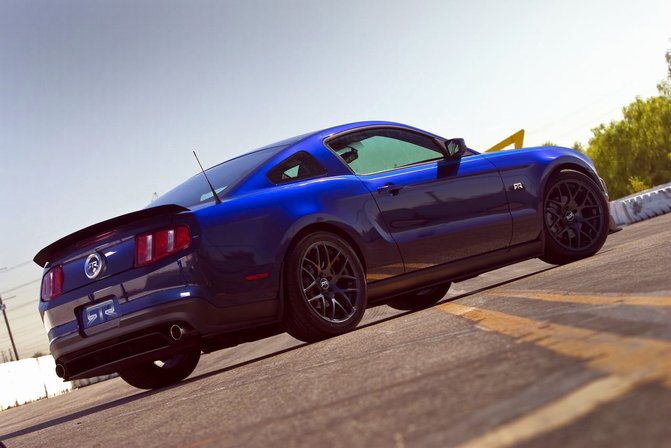 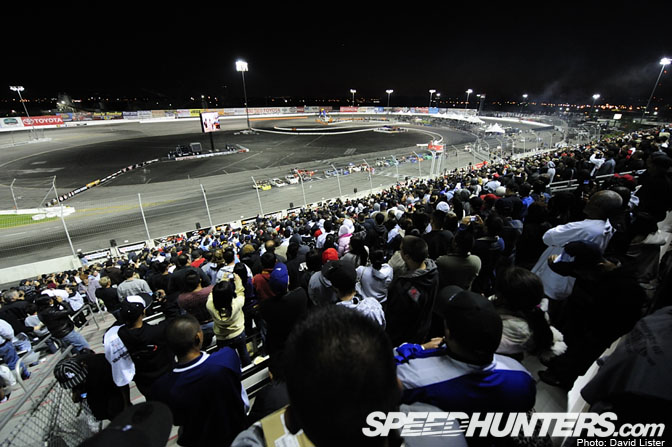 Wow, that Focus looks awesome. Where is that racing

LOL! is that a circuit. I wanted to know what series, but now I have seen the licence plate :). Looks smart, whish we got this type of Focus here

Yes, Ford Focus is BTCC and the Chevy Cruze is WTCC

I will be in Geneva the 7th ! Andy Blackmore will take some stickers? =)

Im a little torn right now... Im looking forward to the new coverage from the new additions to the team, but as a long time reader of Auto-otaku, I will miss Mike's coverage of events/cars around Japan. That is what drew me to Speedhunters in the first place.

Kao Kao, I'll be reporting from sunny (at the moment) Vancouver, with the aid of some press sites

i want more pics of the shino kouba 86

The Chevy Cruze for the WTCC is looking soooooo awesome....

Can't wait to see them up close in the Porto race (my hometown YAY!!) - Which reminds me - Are you guys gonna be in WTCC Porto? It IS one of the craziest races you'll see. A lot of classic/historic cars running here, you should definitely check it out.

Naga is right, the Cruze and the Focus look great

I remember in an interview with either Jan Magnusson or David Brabham (I forget which one) he was complaining that he nearly went deaf inside the cockpit of the Panoz because it was so loud.

Wow, the mustang looks awesome. I know JR will do us proud over in Japan and have some fun while he's at it.

On a side note I hope that everyone at Speedhunters realizes that we the fans do not take your dedication for granted. Thank you from the bottom of my heart for your hard work and great taste.

I'm gonna miss Mike's coverage of Japan, but Alexi is great too, Nori Yaro's great, been following it for a couple of months!

Damn I CANNOT wait to see Dino on speedhunters!

Congrats to Alexi! i love reading his stuff, but it'll be a little sad since i'm sure he'll have to alter some of his content to become acceptable to this website

But i agree with JamesL. The reason i ever even came to Speedhunters is because i lurked Mike's site all the time, and when he came here, so did i. More recently i got into Alexi's blog, and it will be sad since i'm sure it will be neglected once he's working on material for this place more often, but hey that's the way the ball rolls, right? maybe if I move to japan and start snapping there i can find my way onto the team haha

can't wait to see what the next month brings!

Thanks for the kind words guys. I'll still be returning to Japan regularly and bringing my camera and laptop along of course. I do have to say that I'm looking forward to doing new things back in the states too - and of course I'll be able to do stuff with my own cars again!

Wow, I don't know if I should be happy about this. First, Auto-Otaku, now, Nori Yaro. Thanks for killing awesome blogs, Speedhunters!

haha good point kevin. Good to see DDC onboard too, im suprised it took so long.

I just plugged into the internet at the hotel room after driving down from Tokyo, and Vaughn's mechanic Mckey is passed out on his bed.

Tomorrow should be fun!

Great to have Dino onboard as well

well done guys! and keep at it!

Gonna make a great addition to the SpeedHunters team for sure.

I remember watching LeMans on Eurosport when the Panoz was racing. Every time they did a interview in the pits a Panoz would ROAR past and mess up the interview

I have just discovered Speedhunters and discovering a whole world of cars I didn't really follow before. Love the mix of coverage here, drifting, circuit racing and tuner stuff.

Those Panoz were so loud in the pits. I was a mechanic for a rival team and they were louder than our own car inside the garage! Great looking machine, although I prefer the original Black and White versions from DPR and DAMS.

Looking forward to seeing Tom Chilton in the Focus. Arena are a good team and ran the old Civic Type R years ago, so they should be up to the job. One of the most professional teams back in the day, despite a small budget.

Much of the old Team Dynamics BTCC Integra is also Arena Civic based.

Focus looks a cracking car too. Hope they have a sponsor though.

Nori Yaro is one of my favorite car sites ever so I'm personally glad to see Alexi here... and I guess it's appropriate for me at least since I never would have found SpeedHunters without finding NoriYaro first.

I also came to SpeedHunters via Auto-Otaku, Mike's Japan coverage will be missed, but I'm looking forward to it continuing through these two new Speedhunters. Really looking forward to this month being racing themed. That Focus looks great (of course I DO drive a Mk1 Focus;D), as does the Cruz and that purple Ae86 looks crazy! Man, reading the comments on the Panoz makes me wish I could've gone to an ALMS race back in the day (LOL it's funny we're already calling 1999 "back in the day"). Hmm, I'm gonna have to search for some Panoz vids now!

BTW, that Panoz must be cornering insanely fast because it's lifting its right front wheel!

I'm sure Alexi will be a great addition, but I don't think Mike should be allowed to return. Can we have his passport canceled?