Did you like Nissan month on Speedhunters? Unlike our Porsche month in September, I haven't seen one complaint about an overload of Nissan content yet! Do we have a slight bias towards Japanese cars perhaps? ;>

As you can see, we haven't quite finished with our Nissan themed stories just yet. Mike has some more coverage from the Nismo Festival to complete and we're still ironing out the final touches on our R35 GTR Super GT film….

Looking ahead to December, we have some very cool event coverage lined up, including an incredible annual event taking place at Wembley Stadium on December 14th.

Schumacher, Priaulx, Muller, Loeb, Kristensen, Ekstrom, Patrana….
Sounds like a bit of a racing fantasy league doesn't it? Amazingly
enough you'll be able to see these motorsports icons compete head to head against one another: the 2008 Race of
Champions.

Now into its second year at London's Wembley Stadium, the event sees the world's top racers complete in a wide variety of identical machines. At the end of the day we'll find out who is the most adaptive, skilled and fastest driver. I know I'll be glued to radiolemans.com to see the live video stream!

Our elder photography master, John Brooks will be spearheading full photographic reporting of the Race of Champions next weekend… watch out for a preview very soon.

December on Speedhunters would never be complete without full coverage of the RevSpeed Super Battle from Tsukuba. Our own Auto-Otaku, Mike Garrett will be on hand to capture the action. Do you think we'll see a new record this year? I hear the Cyber Evo has been upgraded and am curious if the Pro Stock Skyline R34 will be setting a new performance bar. We'll find out soon!

Mooneyes will also be getting some attention from us this month. Mike Garrett will heading to the Mooneyes indoor Custom & Hot Rod show this weekend in Yokohama to drool over some Japanese Rods… (say hi to Jimmy Shine for us Mike!)… Then on Dec 13th, Antonio will be checking out the Mooneyes Xmas Party at Irwindale Speedway. Have a look at the bill: Live Bands, Live Pinstriping, Art Auction, Cackle Fest, Pinup Girl Contest, Car & Motorcycle show and Drag Racing… sounds amazing!… I wish I could be at this event.

And the theme for the December? Well, given that it is the last month of the year we thought it would be a good idea to look back on 2008 and highlight some additional Speedhunting stories and sidenotes from our travels across the globe. We shot many automotive features this year which have not made it to the pages of Speedhunters just yet… Also watch out for some year end reviews of the motorsports championships we've touched apon from time to time on this site…

It's that and getting caught up on some sleep! 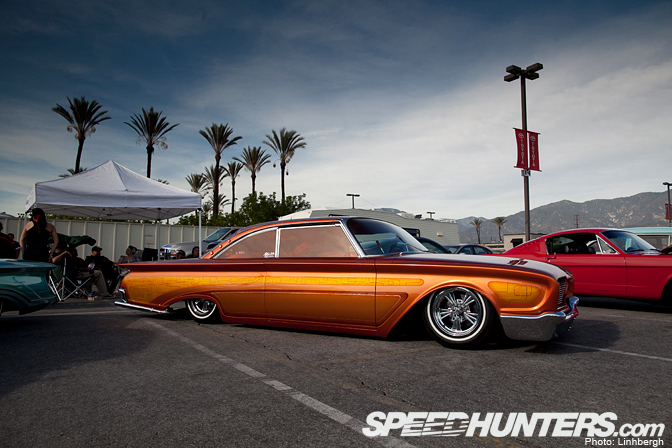 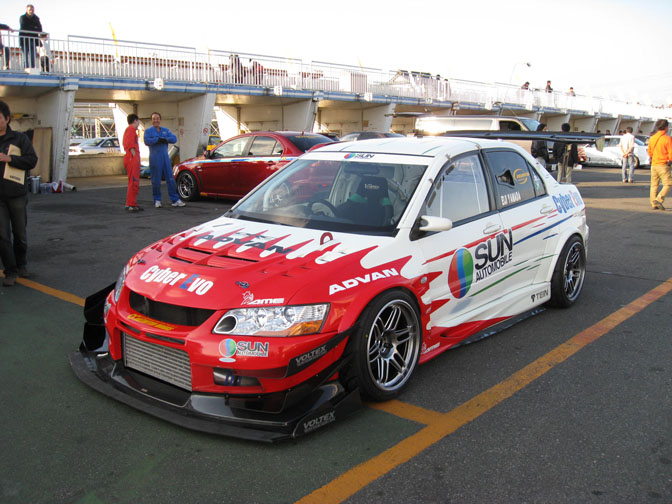 Maybe I'll run into Antonio there!

Maybe I'll run into Antonio and Brian Harte there!!

Should be a great event, but I would really like to check out the Race Of Champions!

Cool, was just wondering what December's Theme was. I really like the theme idea. BTW, I thought not enough Porsche (was hoping for more Porsche tuners (RUF, etc.)

There definitely is a bias towards Japanese cars but thats just 'cause most cars used for drifting and time attack are Japanese. I would like to see more BMW's featured, especially track tuned ones like the white E92 M3 that keeps popping up in Mike's Tsukuba posts (the one with black TE37's). I hope they let so drifters loose on that Race of Champions course.

BH and/or Mickey: We should roll together to Mooneyes.

can't wait to see all the awesomeness! and i hope Loeb crushes ROC! lols... i am surprised though that they got Coulthard in as the british F1 driver and not Hamilton, but he'll still be there at least

wishful thinking that they'll ever have a Canadian team at ROC? lol...

That yellow Astra is sweet! Looking forward to the Mooneyes coverage!

dude. the past few years, ROC hasn't been broadcast in the states. This year, same story. Gonna have to find it online I guess...

ROC is sooo fun to watch. The concept is awesome.

I would love to watch the live steam of this. I went to radiolemans.com, but could not find it. Can you post a link to it?

Is the best race ever, i just love it

why we have to wait one year?