Last night, we attended the Need for Speed Undercover launch party in Hollywood. It was pretty busy – traffic on the 101 freeway was pretty crazy in both directions; not necessarily because of the NFS launch event, but because there was a big red carpet movie premiere going on, as well as a concert at the Jimmy Kimmel Live stage directly across the street! Needless to say, a lot of normal tourists were surprised to see the staged promotional stunt for the event; an Audi R8 and Dodge Challenger drifting in a tight enclosed area, being chased by a cop car, right by the famous El Capitan Theater on Hollywood Blvd. How's that for Hollywood drama!

I'll be honest with you though… even though I was planning to be there long before the stunt went down, we had some drama of our own last night. Instead of driving out to Hollywood in all separate cars like in Swingers, I decided to head down there with some of my good friends – top ranked AE86 pilot Toshiki Yoshioka, and our friend Hiro Kamiyama from Tom's Racing in Japan. Since Yoshioka's Southern Cali home is just about 2 minutes from my house, we decided to roll out together, especially since he was borrowing the brand new Tom's Racing IS350 demo car, which was just outfitted with Tom's suspension, wheels, and other accessories two weeks ago.

Yoshioka was all worried and trippin about it (as he should be, as he was borrowing the car from his sponsor!!!), as he was personally responsible for the well being of the new demo car, which now had its side windows shattered! Anyway, we had to wait for the cops to come, inspect the scene, and file the police reports with all the owners of the cars… mad drama. And this caused us to miss the NFS stunt performance on Hollywood Blvd. Damn it!

Once we arrived at Hollywood's Kodak Theater, it was impossible not to spot all the cars parked outside, front and center… the Shelby/Need for Speed Mustang Terlingua once again made an appearance, but this time it wasn't being driven by Mr Rod Chong. He was busy working back at the Need For Speed HQ in Vancouver!

See the Speedhunters logo on the front bumper?

There were a bunch of people outside the event, waiting in line to play the new Need for Speed Undercover game on the Xbox 360 consoles set up right on top of the Hollywood Walk of Fame, in front of the Kodak Theater. We were going to wait outside to try out the game, but then the Need for Speed team invited us to go inside the party already for free hors deuvres and open bar, so we had to prioritize!

Here's the rear view of David's Need for Speed Porsche, since everyone's been asking me to show more photos of the car… It definitely attracted attention as it sat on Hollywood Blvd; all sorts of people were coming up to take photos of (and with) the car… some crazy people were even standing in the middle of oncoming traffic taking photos as cars were whizzing by… oh wait, that was me.

Thanks a lot to the Need for Speed Undercover team for a great event! I can't wait to try out the game myself… that is, if I could convince my friend Chris Manacop to stop playing Madden 09 long enough to put another game in the console! (I don't have an Xbox 360 or PS3, so I have to play games at my friends' homes!)

Let Your Inner Tuner Customize Away

Someone At SEMA Has A Need For Speed 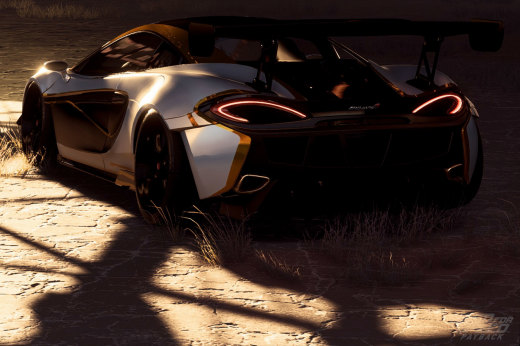 From Virtual Photography To Reality

Looking at the thumbnail, I thought it was a joke at first. Misfortune is a bitch, but who knows? Maybe this means Yoshioka's year is gonna start looking up, once the drift seasons start again.

Sad to hear guys, but hopefully things turn up.

Hey, I saw you guys there! I think I was actually right behind your group of 8 going through "security" up at the Annex - I was the tall white guy with my Canon 5D and cute girlfriend in tow.

Good coverage - no pics from upstairs?

lol ign.com reviewed this game at a poor 4/10

Sorry to hear about Yoshioka's car. Those stupid people should get arrested and sent to jail. Hopefully the cops could catch them and settle for the damages they've done. But I can't help notice Hiro Kamiyama in that picture laughing...... lmao.

I just wish NFS games would be more like the ones before Underground again.

Man, wish I could have been there! Unfortunately, I'm stuck here on the East coast:( I hope someone got vids of the "chase". Sorry to hear about that IS, man some people are idiots.

Those guys who destroyed such a nice car should get killed. Hahaha. You just don't destroy a TOM"S demo car like that!

Antonio, why don't you feature tomodachi stickers? I really want to see them. I know you have some of them, please share it to your readers.

Kevin, I think the reason I didn't wanna take pics of my stickers is... then alot of my boys would be bugging me about em, like "COME ON you greedy #$%^^#@^ hook ME up with some!" lol

I do have a pretty big collection. Tell you what, I'll put some on my toolboxes/cabinets at the Cipher Garage and THEN take pics. So I won't have pressure from my boys to hand them out.. LOL i guess i AM a greedy $%^&#@&. hahaa

Brian Harte: hell yeah. Swingers, Wedding Crashers and Superbad are some of my fav movies!

That chasing was original or only planned?

will coverage of the stunt be posted?

Antonio: Hahah, OK. It's sad that I will not be able to see them. Your guys should understand the value of those stickers; they shouldn't be given freely! LOL. I am a kid from Davao, you know, Philippines. I just got my license and I am planning to get an E70 Corolla DX. I am following your footsteps as a Toyota fan and tuner. The only problem is I don't know where to get parts. Hahaha, oh well, that's part of living in a third-world country.

You're in the Phils? Get your parts in Banaue!!! Hey by the way, don't call it an E70. Nobody calls it that, so nobody will know what you're talking about if you call it that. It's either a TE70 or AE70 if you're in the Phils...

thanks for the pix on my car Antonio!

it's an honor to be your tri-pod.

sorry to hear about what happened to Tom's demo IS, i hope the replacement of that window doesn't cost as much as the front windshield (i had experience of changing that twice on a car i had before).

I cant believe this game got a score like this! They worked with this game for so long, and this is what they get?!

Banaue? Cool. Maybe if I can get myself to Manila, I'll try to check the place out. Who knows I might get a 4A-GE swap. Heheh. Thanks for the advice though.

Cefiros are also common to drift here but I think 70-series Corollas are way cooler.

I bought this game and played through it Friday night and Saturday day. The game was OK, the Storyline was a welcome addition to the racing genre but as many of the reviews have said the Framerate and performance was below par.

What really hurt was the fact that I completed the story, watched the credits only for the game to hang. Upon reloading I found that the game had created a new autosave and I was back at race one. Was this intentional or just the worst luck imaginable. Either way I don't know if i can face playing through the whole game again to get my cars back :'(

I hope the project you guys are focusing on is able to rectify the issues I encountered in this title.

wow looks pretty sweet ride, I'm from Central Canada, must be nice to have a launch party down south. any Import models there too? I haven't rented the game yet but surely will soon..

I was there watching the drifting session between the R8 and the challenger. Was gr8 when the cop car chased them, but set up! just wanna now who was the rapper guy at the start before the drifting begun?

I hate this game... I can't driving on my steering wheel... no comments.

Wow this looks so amazing. The whole need for speed series is amazing thank you