Now this is interesting! Everyone says that drifting is all about car control. That being said, professional drifters should be able to control a car better than other drivers. But wait… what if the car is front wheel drive? Do pro drifters still have the same amount of car control that they exhibit with rear wheel drive cars?

To figure this out, our friends at GT Channel staged a different kind of professional driving competition – “The Flip a Beyatch Contest.” What exactly is flipping a beyatch? For those Speedhunters readers outside of the USA that may be unfamiliar with the aforementioned term, flip a beyatch is a popular slang term that young Americans (maybe mostly in California? I dunno, cause even my East Coast friends say it… but then again, maybe it’s cause most of them know popular Cali slang? I dunno.) use instead of “u-turn.”

Anyway, a few weeks back, our friends at GT Channel invited us to drive out to El Toro Airfield in Irvine CA to watch the filming of their second FAB Contest. There were all sorts of automotive industry people in attendance, including some past and present Formula D judges, Daryl David from Belle 1 Communications, Ryan Sage from Formula D, and Ashley Sarto, one of our favorite Hankook umbrella girls. In order to make the competition interesting, GT Channel invited three popular pro drifters from the Formula D Series to compete in this precision driving contest – Daijiro Yoshihara, Samuel Hubinette, and Kenshiro Gushi.

Enough talk, check out the trailer from GT Channel’s website… and when you’re done with that, check out the video from the original FAB Contest on GT Channel, by clicking on the link below!

The Original Flip a B____ Contest on GT Channel 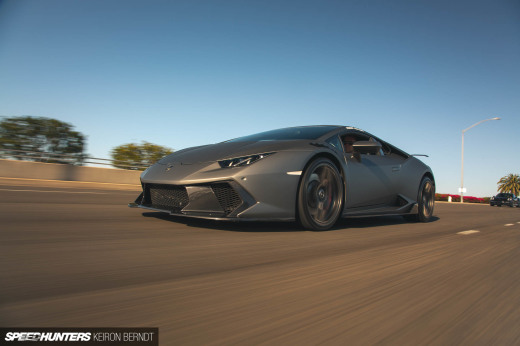 Stuntin’ In A Huracán With Sam Hübinette 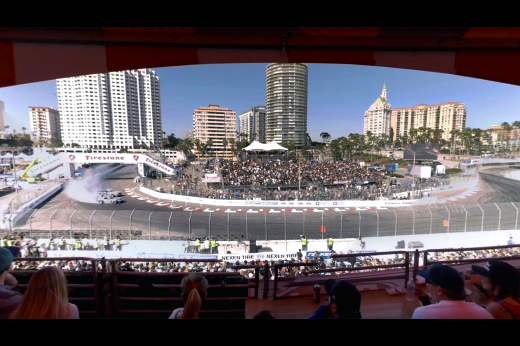 how do ken and dai keep their hair like that? lol

if u look closely at the clip board when they're interviewing Sam it says "Nick Hogan-Out of the question."