Mr Ito of Do-Luck is a good mate of Yamada so we managed to get him on a plane and over, not only that but we also managed to hook him up with a couple of rather famous Time Attack cars to pilot as a guest driver at the event. 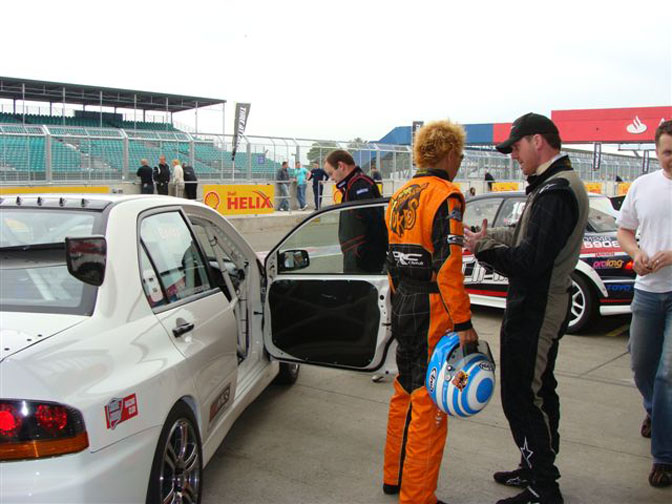 Seen here, he drove Simon Norris's stand-in 'club spec' 750bhp Evo ( from super Evo tuners Norris Designs ). Norris's usual monster green short wheel base Evo is still at Hausers having the running gear altered to GTR spec so Simons been using this Evo whilst he awaits the return of the 'bogie' next month, Sumo is playing a helping hand in the return of the Bogie as it will feature all Skyline GTR running gear, we are building a transfer case 4WD system for the car similar to that of our own drag machine Fuujin. Yamada managed a few laps in the car before a water temp issue retired the car for the day. Simon was very happy with Yamada's drive but was disappointed that the car didn't deliver a strong performance in Yamada's hands on the day with a split hose or similar ( not terminal damage ) ending the fun. 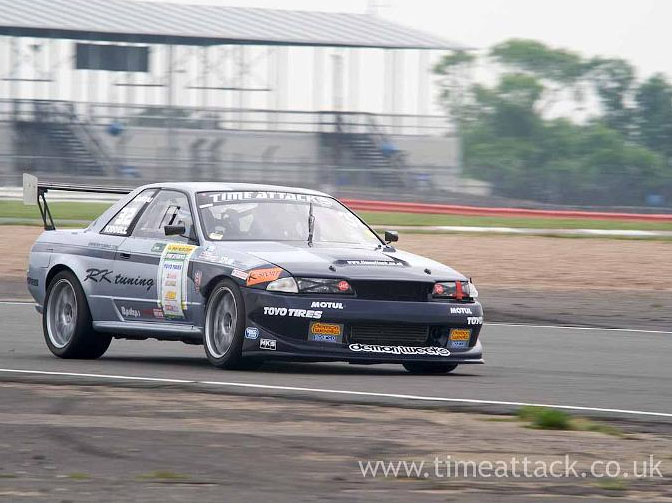 Equally exciting to watch was Yamada in one of the UK's top GTR tuners, RK Tuning in their R32 GTR with 800bhp. Yamada said the car was very strong in its performance but commented the balance of the car could be slightly better with an alternative turbo choice.

The car runs an HKS T51 at the moment but it could probably do with a T04Z which is faster spooling and more responsive. Yamda's time in the GTR was also short lived after breaking 3rd gear in his second stint in the car after the untimed warmup. 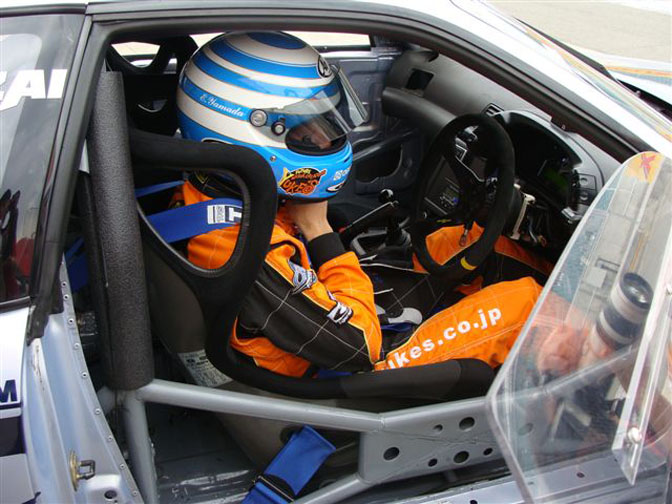 I spoke to Yamada afterwards and questioned him as to his opinion of the event and UK Time Attack cars. He said the cars were extremely high quality and it wa no surprise due to the UK racing scene and all the motorsport heritage we have here and that they are extremely quick and well setup. 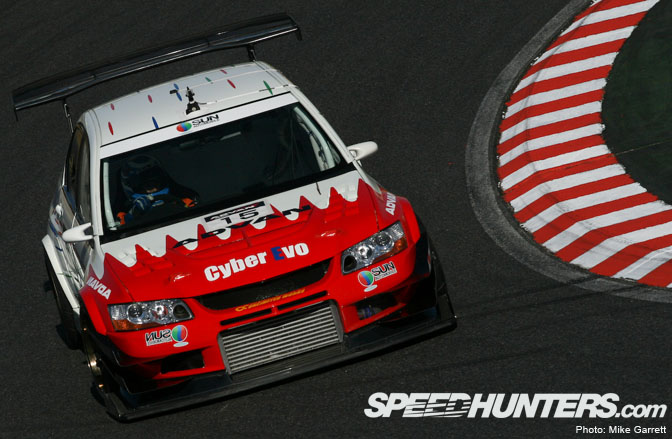 Also, he went away to speak to the owner of the Cyber Evo car in Japan to advise him he should bring the car to the UK to see what it could do here, something which Yamada mentioned without me asking! 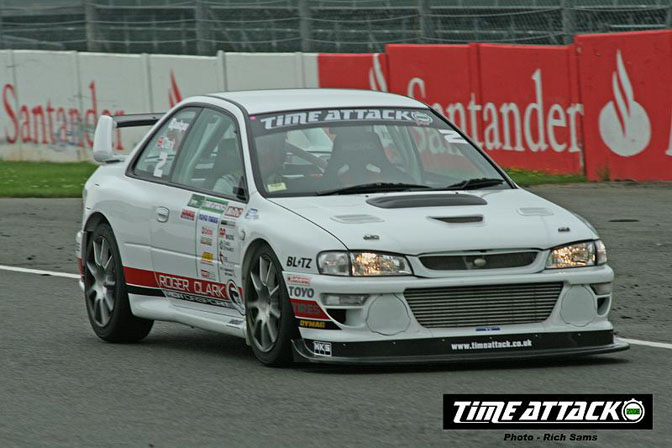 Both Mr Ito and Mr Yamada agreed that without question, the Roger Clark Subaru and the Zen Performance Subaru's which also compete in the Series were the quickest Subaru's in the world, far superior to any currently in Japan or elsewhere and that he would be spreading the word as to how advanced Time Attack is in the UK.

Good write up Andy. He looks like once crazy fellow.

I've been to Knockhill for the 3 visits of the Time Attack and the amount its progressed in that period has been incredible. I hope the series continues to grow and that people like yourselves, Zen, RCMS etc. start to get worldwide recognition for their tuning abilities and parts.

Great to see the Zen car sporting its McRae Gathering Sticker too!

That guy is living the dream

Great write up - I'm following Time Attack this year as a photog and thoroughly enjoying it - a great bunch of people!