The FIA GT Championship is by any other name the SuperCar Series. It is the arena where the most exotic car brands on the planet race against each other in machines derived directly from road going legends…..Ferrari, Aston Martin, Maserati, Porsche, Lamborghini, Corvette, Saleen to name but a few are the current protagonists. 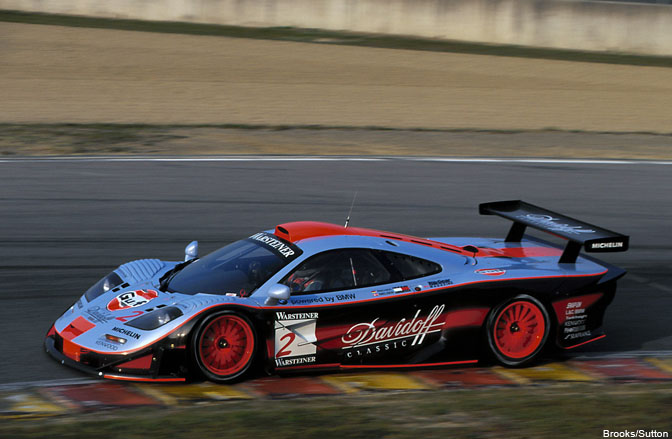 The Championship officially kicked off in 1997 but in reality it is the descendant of long distance sportscar racing that has taken place since the beginning of motorsport. The current evolution is that of 9 two-hour sprints plus the 24 Hours of Spa. This format requires that the drivers are mostly full time professionals and consequently the competition is fierce and the races close. 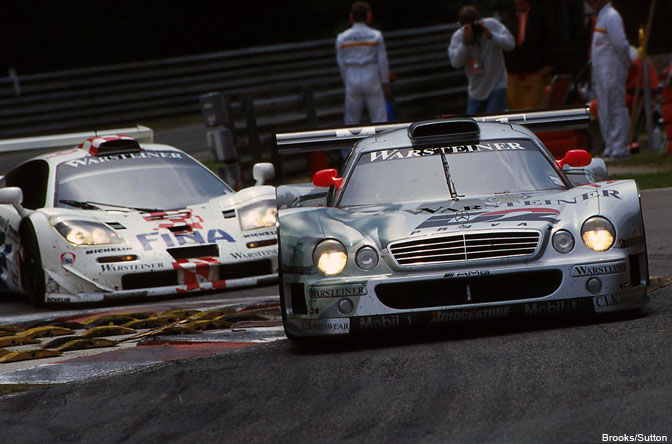 My own involvement came as a result of being part of the press scrum that covered the antecedents of the FIA GT, that is Group C and the BPR Championship. These between them ran from 1983 to 1996 with a year or two of interruption. At the end of 1996 the collapse of the mega-buck ITC left Mercedes Benz nowhere to race, so Bernie Ecclestone (who else) leant on the three amigos running BPR and “persuaded” them to become the FIA GT Championship……..in the first year there were works entries from BMW, Mercedes, Porsche, Panoz, Lotus and Viper and after a few bumpy years the championship has evolved into a state of relative stability. I even did a spell as the official photographer to the championship, which may or may not be a good thing. 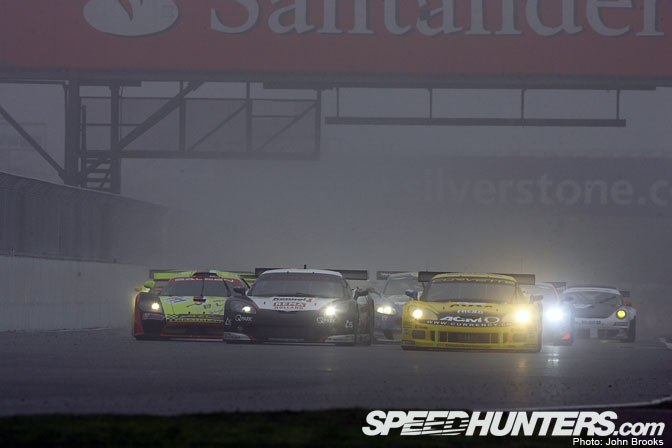 The cars are developments of original road cars but heavily modified and adapted for racing, this is done for safety as well as performance reasons. There are two main classes GT1 and GT2. 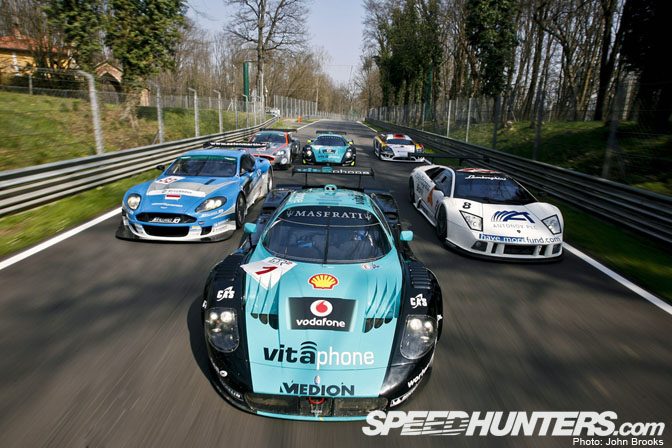 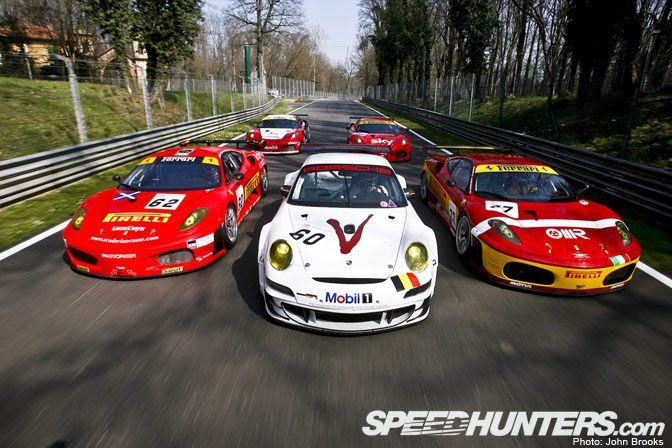 The weights are the base on which performance balancing is added. Performance balancing is a system by which cars of differing architecture and power can compete on an even playing field.  The GT Bureau examines the performance of each competing car closely, and makes adjustments through additional weight, engine air restrictors or aerodynamics. This is to enable front-engined cars to be competitive with mid engined rivals and ensures diversity in the field. 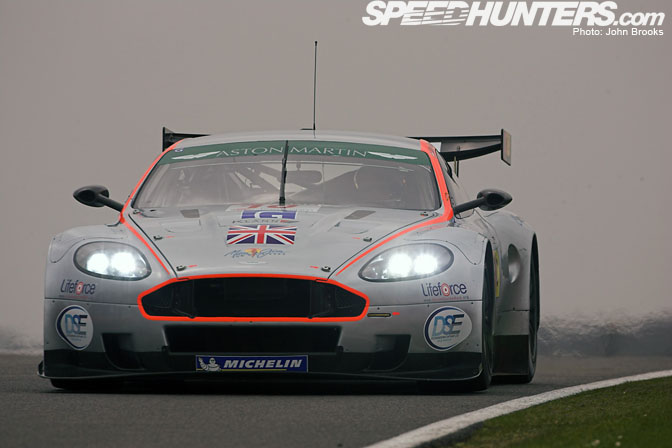 Powered by an all alloy, quad overhead camshaft, 48-valve 6 litre V12 engine with dry sump lubrication system giving around 600hp the Aston has proved to be a very strong contender and represents the resurgence of the brand since Ford acquired it in the 90’s. The bodypanels are carbon fibre and it has an aluminium underframe surrounding the mandatory steel roll cage. The engine is mounted mid front with the transmission behind. 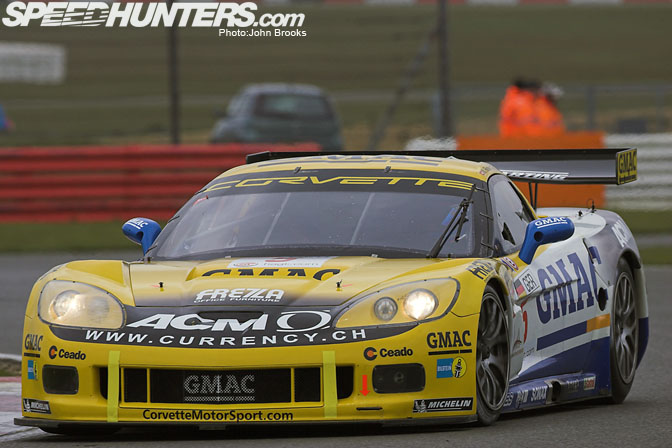 The latest version of the American classic has as its power plant a V8 (what else?) of 7 litre capacity with the block cast in aluminium. The engine is mounted mid front with the transmission behind to optimise weight distribution, the claimed power is 500hp but this does not stack up against the opposition’s 600hp. The Vette has been developed and refined by the Pratt & Miller organisation a winner on both sides of the Atlantic 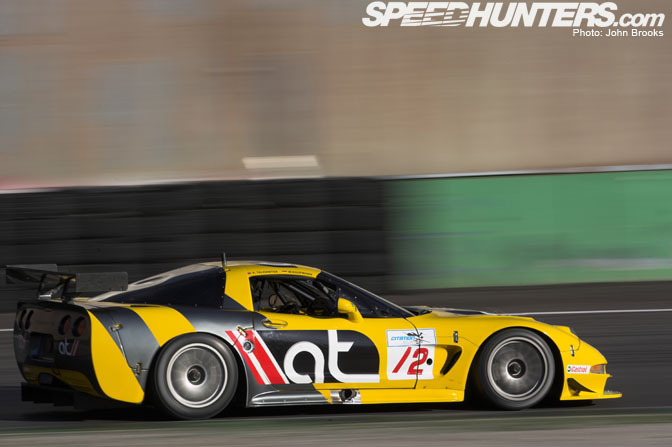 An earlier model that is reaching the end of its competitive life……..still sounds great. 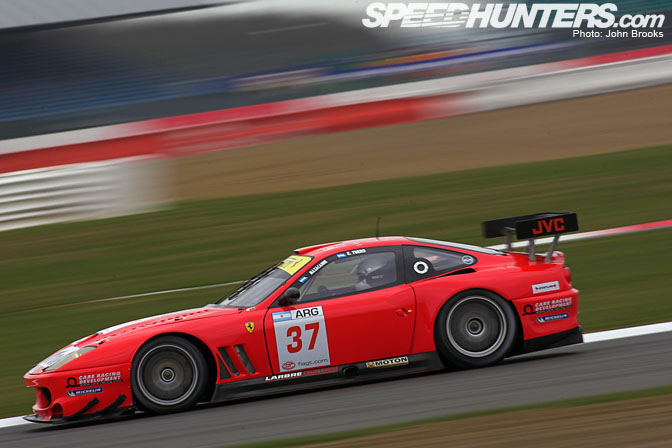 Developed entirely by the British ProDrive outfit this 5.8 litre V12 powered car won every title in the book but now is at the end of its career. 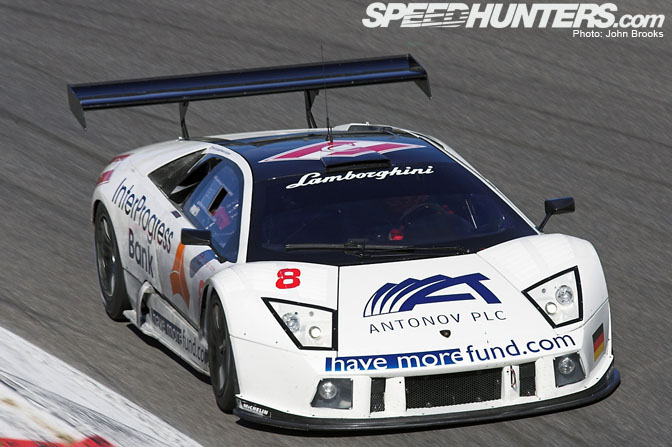 This mid engined supercar has a 6 litre V12 which is the best sounding car in the field……it has been privately developed by Hans Reiter with little assistance from the factory but has turned out to be a race winner. 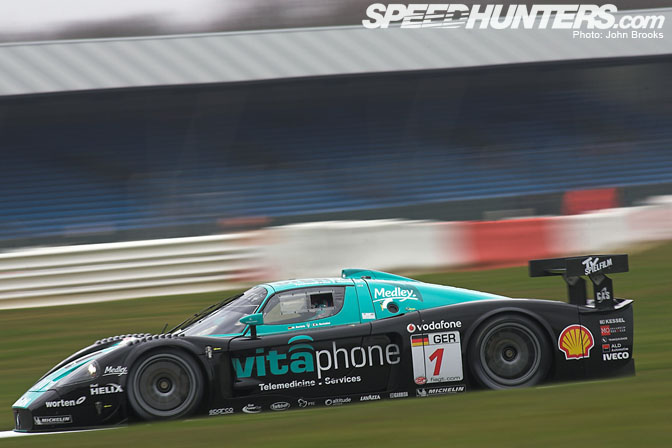 From the legendary Italian marque, this car has restored the proud racing record of Maserati. A 6 litre V12 mounted amidships on a composite chassis that shares its ancestry with the Ferrari Enzo. The factory has been fully involved in the development of this multiple champion. 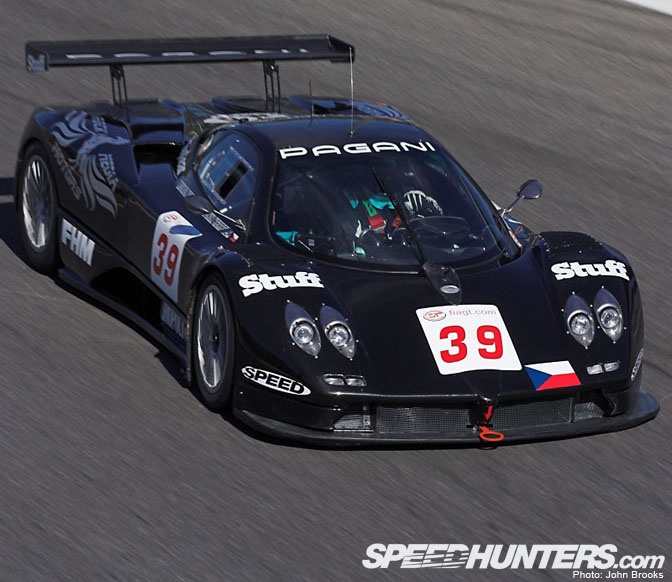 This has been a ghost project. Since first appearing in 2003 this 6 litre V12 (ex AMG) powered car has joined in the FIA GT and then disappeared again. It was at the Monza Test but was nowhere to be seen at Silverstone or Monza races……………. 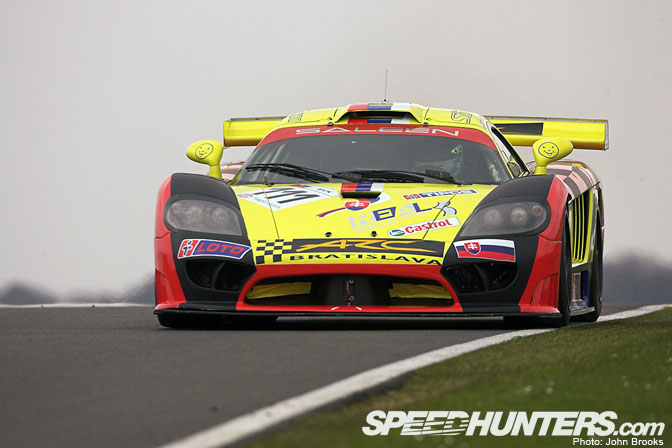 The Californian exotic is powered by a 7 litre V8 and has undergone an extensive redevelopment by the crack French outfit Oreca. Even now it remains a competitive proposition in the right hands. 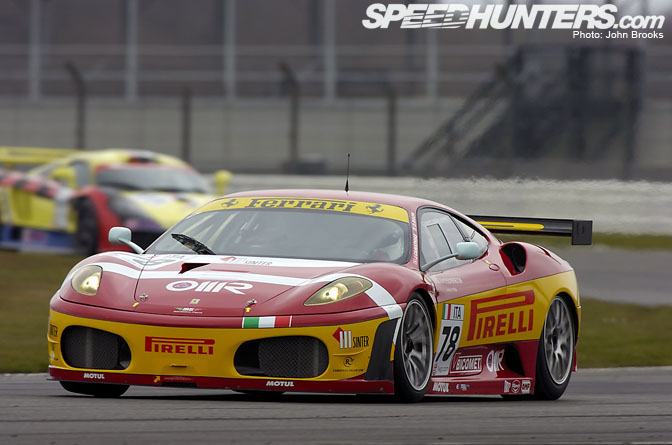 The pretty mid engined 430 has been the most popular car in GT2, taking over the role that the Porsche 911 variants held for years. A 4 litre V8 motor gives more than enough power to deal with the Porsches in most circumstances. 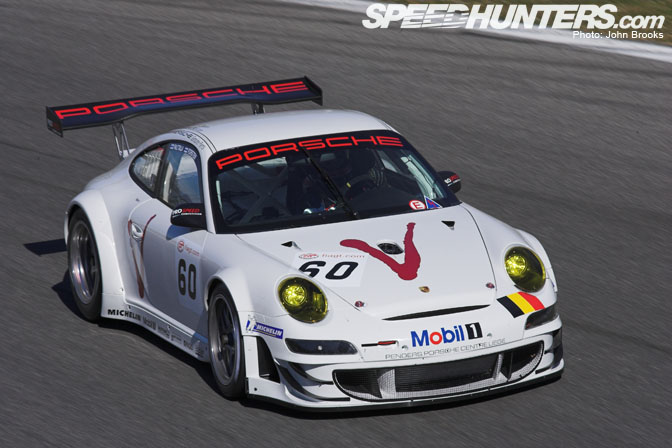 Although on the back foot in the face of the hordes of 430s it would be a fool who discounted any “werks” supported descendant of Porsche 911. The 3.8 litre flat 6 engine hanging traditionally at the rear of the car is almost bomb proof and with the likes of Norbert Singer calling the shots from the pit wall they will always be serious contenders.

There are some cool photos alongside this entry. The rolling group shots are quite funky.

There are billions of websites on the net.

This is the best one.

I had no idea about the spec's on some of the cars..I am finding this website to be more and more enjoyable...cheers

The car to car shots were by DPPI who are the official photographers to the FIA GT Championship.

This trip has been soo incredibly crazy. We've been traveling all over Europe, the UK, and Japan

I would like to know the HP and weight of each of the cars if you can obtain them,