I just can’t help it. There will always be a soft spot in my heart for a ridiculously over-engineered road car.

There’s something unfathomably cool about purpose-built machinery dedicated to just one task. Regardless of whether it’s attacking a circuit, living your life a quarter mile at a time, rocket sliding around corners, or chasing that ultimate top speed, you can count me in.

But I do struggle to relate to them on a personal level. Maybe as a self-protection mechanism, I’ve already talked myself out of wanting something that I know deep down I’ll never own. Motivations aside, I’d exchange the hypothetical seat of a pure racing thoroughbred I could never afford for the very real but worn Recaro of a far less capable machine. Even if it’s riddled with restrictions, moulded around compromise, and most importantly still retaining a set of licence plates.

Yeah sure, it may counter the childhood dreams of champagne showers on the podium of Monaco or Fuji Speedway, but it’s just an honest appraisal of the automotive world most of us live in. I’d rather have fun and make the most of what I’ve got.

Outside of video games, professional motorsport is something that the majority of us mere mortals are forced to watch through a screen or a catch fence.

The dominance of Australia’s RB-powered GT-Rs was born from this exact premise of keeping it real. What do METRO, JUNII, KING32, SIN35, RBKING, and MSMRH7 all have in common?

Have you ever noticed that the majority of Australia’s record-breaking cars are still running licence plates, or retain at least some level of street trim?

The Kings Of All Street

That’s right, this battle for Godzilla supremacy – that’s churned out a heap of world-class heavy hitters – started out on the streets. A lot of effort still goes into ensuring the majority of cars maintain some level of street-ability, even after running 6-second passes on the quarter mile.

So what’s the secret behind the evolution from street racers to record holders? I’m not prepared to claim either Cootamundra’s runway or the Tuners Edge GT-R Challenge are the magic red pill, but they’ve certainly played a significant role. This is the battleground where Australia’s East Coast tuners can test on a real street surface, and even more importantly, call each other out and push themselves to run as fast as possible.

As they say, ‘the bullshit stops when the clutch drops.’

I feel absolutely filthy using such an old cliché, but in all honestly, it’s the reason why Aussie GT-Rs have played leapfrog with the planet and moved into a class of their own.

If Australia was an RB-series engine itself, the rivalry that Cootamundra thrives on is the methanol fuel; the pressure to succeed is the compression chamber; and the urge to go faster than the next guy is the spark that gives ignition.

And now that the event has expanded beyond GT-Rs with the Tuners Edge Drag Battle component, it’ll be interesting to see what other models will benefit from the fierce competition. I can’t wait to find out which Aussie four-banger will be first to crack into the 8-second bracket.

As you may have imagined, it takes a lot of very passionate people to take a (not so) humble road car this far down the rabbit hole. While roasting in the harsh Australian sun I thought I’d find out firsthand what the Tuners Edge GT-R Challenge means to one of the madmen who shows up every year to destroy tyres and hopefully reset the record book.

Ant Saad is the owner of what I’ll boldly claim is the best R34 Skyline GT-R on the planet. His V-spec II runs an RB32, 3.2-litre stroker mated to a Samsonas 6-speed sequential gearbox. Croydon Racing Developments have built and tuned the beast to deliver a healthy 1,410hp at the wheels. Not bad. Who knows, maybe we’ll organise a closer look at it soon…

Matt: Firstly, the amount to work that’s been thrown into WARGTR means you could have reshaped it into any type of car you wanted. Why pro street instead of a dedicated drag machine?

Ant: I’ve always wanted a mental-fast street car that can be used for both street and track duties. The beauty of WARGTR is being able to just jump in and do both, which is why I’ve kept it registered. Getting to break some hearts in the process is a bonus. My best time at Coota is an 8.77 at 169mph pass, and my best drag strip time is an 8.45 at 168mph.

Matt: You return every year. What is it about Cootamundra and Motive‘s GT-R Challenge that keeps you hooked and coming back?

Ant: In my opinion, ‘Coota’ is the pinnacle event in our GT-R scene. It cuts all the bullsh*t. It’s literally a true street surface and the closest thing to racing someone at a set of traffic lights. It flushes out all the keyboard warriors that talk it up every year. Time slips don’t lie. This keeps us coming back every year, and we always try to better ourselves and cars. Coota is a driver’s event, as well as a tuner’s event. It’s very challenging for everyone involved. It takes a good driver to nail the launch and stay flat, as well as an excellent tuner who can find the power balance between going fast and getting the power down. The drag strip is a lot easier to perfect.

Ant: Unleashing our beasts in full anger on an un-prepped surface without many rules really gets your heart racing. The cars all fight for traction and things get pretty loose as we stay flat on the gas. Never lift; only pussies lift.

Ant: I love calling mates out from other workshops and the banter that goes with it all year makes it fun. We gee each other up leading up to the event, but there’s always that bit of seriousness on race day.

Matt: How do you think this event has changed the GT-R scene?

Ant: Coota definitely has a lot to do with our country’s success in the GT-R game – especially the street scene. Having a street surface to race on in street trim has given a lot of us the push we needed to go all in and make our rides as fast as possible. The fierce competition has resulted in workshops pushing the boundaries and always trying new things to give them an edge. Most of these improvements filter through to other customer cars and then daily drivers.

Matt: Lastly, do you have any favourite Coota highlights or memories to share?

Ant: I spent four hours driving my R34 from Sydney to Coota last year for a laugh and went straight to the track the next morning. It’s funny how four or five years ago 1,000hp was insane – now 1,200 to 1,400hp is the average for the true street cars. It’s crazy. My best moment here at Coota was breaking the manual GT-R record and being the first to run an 8-second pass on the runway – what a day!

The event itself is run as a closed film set, so sharing results from this year gets a bit tricky. Each week Motive is dropping a recap video full of action, interviews and most importantly results. If you’re at all interested in 1,000+horsepower GT-Rs and some of Australia’s fastest imports, you may have found another YouTube blackhole to spiral down into. 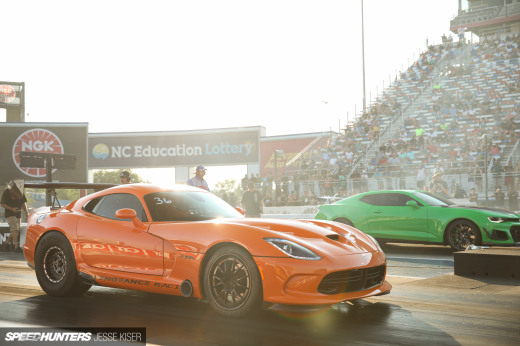 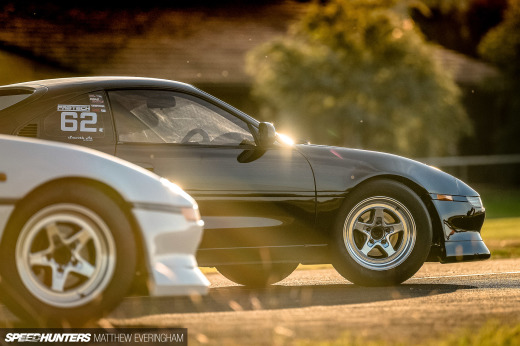 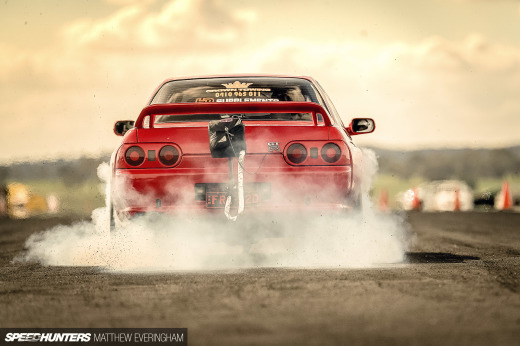 Waging War At The GT-R Challenge

Saw Australia and GT-R in the same headline, never have I clicked a Speedhunters article so fast!

*Price of concrete begins to rise*

Serious question; why do tough posturing bogans all put a 12 year old's idea of license plate threats on their cars?

Most of these cars would have started as a dream of a 12-14 year old, so why not?
Growing old is guaranteed. Growing up is optional.

imho, they're quite hilarious

That made me laugh

This is the car that introduced me to the Aussie GTR scene and its been great ever since. Every year I look forward to Motive 's coverage of the drag battles at Cootamundra; its ridiculous! 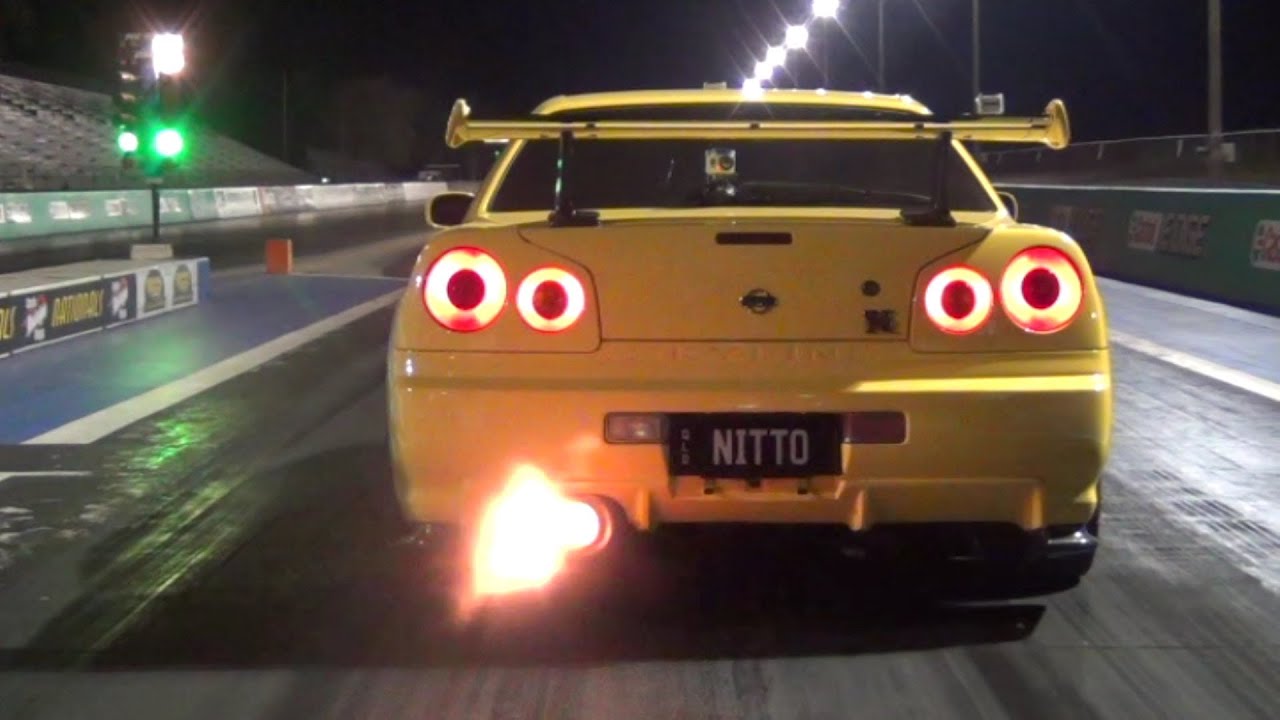 Solid article and pics - and on draggers? Legit. 1kW+ out of any ICE is serious, respect to both the chasers and the engineers.

I'm amazed how clean those engine bays are. You would expect, with that amount of power and torque, the engine bay would be awash with fluids. Truly incredible.

Am I the only one that wants to see a "GT-R Engine Bays of Australia" post? Get on with it Matt!! GeeeeTeeee-Aaaaaaahhhhh mate!!

This could be a thing. Might have to introduce the old NSFW label though...

side to side, RB needs to be spun more than Barra

Well in, Mathew. Pics are next level!
Some mental GTR's there for 2020. Looks like a few setups got more 'Zilla' this year...

So much Zilla it hurts.

Will there be an article that answers the question Why Australia's GT-Rs Are So Damn Fast? I read a lot of words and looked at nice pictures but I don't think that question was subjectively answered. Us technical fan readers would really like to know! Don't always like watching videos...

It's funny because when I tell people in other countries I own a R34 GTR that makes 420kw at the wheels, they lose their minds. Here is Aus nobody lifts an eyebrow lol.

Love the look of a stock body R32 with huge drag slicks on all four corners!