I’ve heard and read it all before as I’m sure you have too; people dismissing the Volkswagen Golf GTI as boring or plain, as if it’s some sort of original hot take. But to do so, is to completely miss the point of the car. That is, it’s the one car to do all things.

Yes, there are faster cars, more economical cars, more practical cars, and even more engaging cars to drive. But, are there any that can do all of these aforementioned things as well as the Golf GTI? If there is, would it even exist in the first place if it wasn’t for the GTI?

For me, the best part of any Golf GTI is that it represents the ultimate base car to modify and shape into whatever you desire. Regardless if it’s an original Mk1 or the soon-to-arrive Mk8, there are few better cars to start with for a project.

GTIs are capable of becoming track day specials, refined show cars, or a little bit of both, depending on what you fancy.

I’ve pored over and photographed so many examples over the last decade-plus, that it has got to a point where they almost stop being Volkswagens entirely, and start to become an extension of each owner and builder’s unique personality.

The Volkswagen bit is just the main ingredient, or the canvas if you’ll allow me that cliché.

The subtle and often restrained evolution of the GTI over the years has ensured that the ‘old’ model is never really outshone by the latest arrival. GTIs age gracefully, and with dignity, and as such there is no real urge from within the community to always have the latest and greatest model. It’s all about what you do with what you have.

This goes a long way towards helping to keep the community tight; there’s a mutual respect and appreciation between owners, even if there’s 40 years between their respective cars.

It’s probably why the Volkswagen community remains so strong today, something which isn’t always the case within others.

Even with my own humble Project GTI, having owned it five years at this stage, I still can’t find anything to replace it with that would warrant a significant financial outlay. Well, with the exception of a newer GTI, but then I’d just be starting the process all over again.

It might have taken some time, but the platform allowed me to achieve exactly what I wanted with minimal compromise. The long and short of it is that I wanted to extract as much performance from the car as I could, without interfering with its abilities as my daily driver. Seeing that it remains in daily duties and happily brings the groceries home or takes the mountain bike to the local trails, while still offering enough to keep me on my toes at a track day, I’d say that it’s been a fairly successful endeavour.

One of the most significant modifications I’ve made to the car, which ensured that it retained its practicality and performance, was running the car on Air Lift Performance 3H. Having never owned a car on air before, or even having driven one actually, I did have my reservations as to what I should have expected post-installation.

From that first drive though, I knew it was the right decision.

Since install, I’ve put up over 70,000km on the car, completed hundreds of laps on track without making a complete idiot of myself, aired-out for countless car shows, hit the guts of 170mph (273km/h) on the autobahn, lapped the Nordschleife multiple times, explored most of western Europe in it, and all while using the car day-to-day.

It has never once come unstuck.

In the four years it has been on air, I have noticed that people have a lot more knowledge around air suspension. At first, the questions were typically along the lines of ‘does it drive good?’ whereas now the questions tend to be focused on specific parts and details of the installation as they plan their own setup.

Other than that, take the time during installation to do everything right. Have a plan in place for where everything will go, measure twice, install once. Since the install, we’ve never had to modify a single thing or even adjust the height of a bag on its strut. I spent the first few weeks playing with pressures, presets and damper settings and they’ve remained pretty much the exact same ever since.

Get in car, turn key, rise up, drive. Every time.

Some might still bemoan that it’s not the last word in outright performance, while at the same time ignoring the fact that I drive a car with a full interior, sound system, and air-conditioning, which in total weighs over 1,400kg (3,086lb). If I absolutely need to extract more performance from the car, there are a lot of other areas which I can turn to first.

Not to mention that if the car was static, I wouldn’t be able to get it out of the underground car park it resides in these days at its fairly conservative driving height…

That’s what has always been key to me. I would personally rather have access to a car that I can drive anytime, anywhere, and in any manner. I don’t want to limit my driving freedom just because of a steep access ramp, traffic calming measures, poor road surfaces or aggressive speed bumps.

It matches up well with the rest of the car, and plays a massive role in retaining the GTI’s ethos of being a well-rounded performance car. It just happens that it’s now faster, sharper and more engaging to drive than ever, while still being as comfortable, practical and reliable as stock.

Now, if Volkswagen could only develop self-cleaning paint, it would be the perfect car altogether.

Im curious, what if it fails? Like those S Class, how do u get it towed or a flat bed?

Unlike an OEM application, you can also leave your own install easily accessible if it needs to be serviced or repaired.

On mine, I went with two compressors. The main reason was redundancy in case one failed, and the second reason was that it reduces the amount of time each compressor needs to run for. I also have a manual fill valve on my tank, so it can be pumped externally.

I also made up two T-piece connections with manual fill valves which can be connected directly to the manifold (one per axle) which can raise each axle individually if there's ever a full system failure. It's never happened, but I have tried it out and it works a treat. I could just put 50PSI (in my case) into each corner and it'll drive like a static car indefinitely (as I have no leaks).

I'm a natural worrier, (I keep four spare coilpacks in the car at all times) but it just shows that you can be easily prepared and that you should never get stuck. As Ryan said, nearly all issues I've seen others have, have been down to installation.

A spare compressor for redundancy is kinda pointless in my opinion. If your compressor fails, you still have whatever is left in the tank to air up as needed. Even if I'm aired out completely and the compressor goes out, I can air back up and have 150psi left in the tank. Just don't air out while waiting for the new compressor to arrive and you'll be fine.

I do get the quicker tank fill aspect but at the same time, but for me a difference of two minutes versus one doesn't justify the added cost and noise. To each their own.

As you say, each to their own. I prefer the peace of mind on long European road trips, and I also like the symmetry of my install!

I've had Air Lift Performance on an Alpina B10 wagon and it was honestly the most reliable part of the car. I'm in the process of fitting 3H to my E36 and don't doubt it will again be the most dependable part. If installed correctly the likelihood of failure is slim to none. ALP do a great job of manifold testing and verification before delivery and the struts and bags are tough and robust, everything else is down to the installer.

That MK1 makes me head straight to the classifieds <3

Nice writeup! Love the pics of the different Golfs/GTs. That red MKI is off the rails! There's a bunch of guys in my area( New Jersey) that have some REALLY nice Golfs/GTIs/R32s. Paddy, some people will NEVER get it anout the Golfs. We're not worried. We'll just roll right past you. Big BMW show coming up at Pocono Raceway on August 8. MPACT East. My neighbor is taking his original E46 M3. Can't wait! 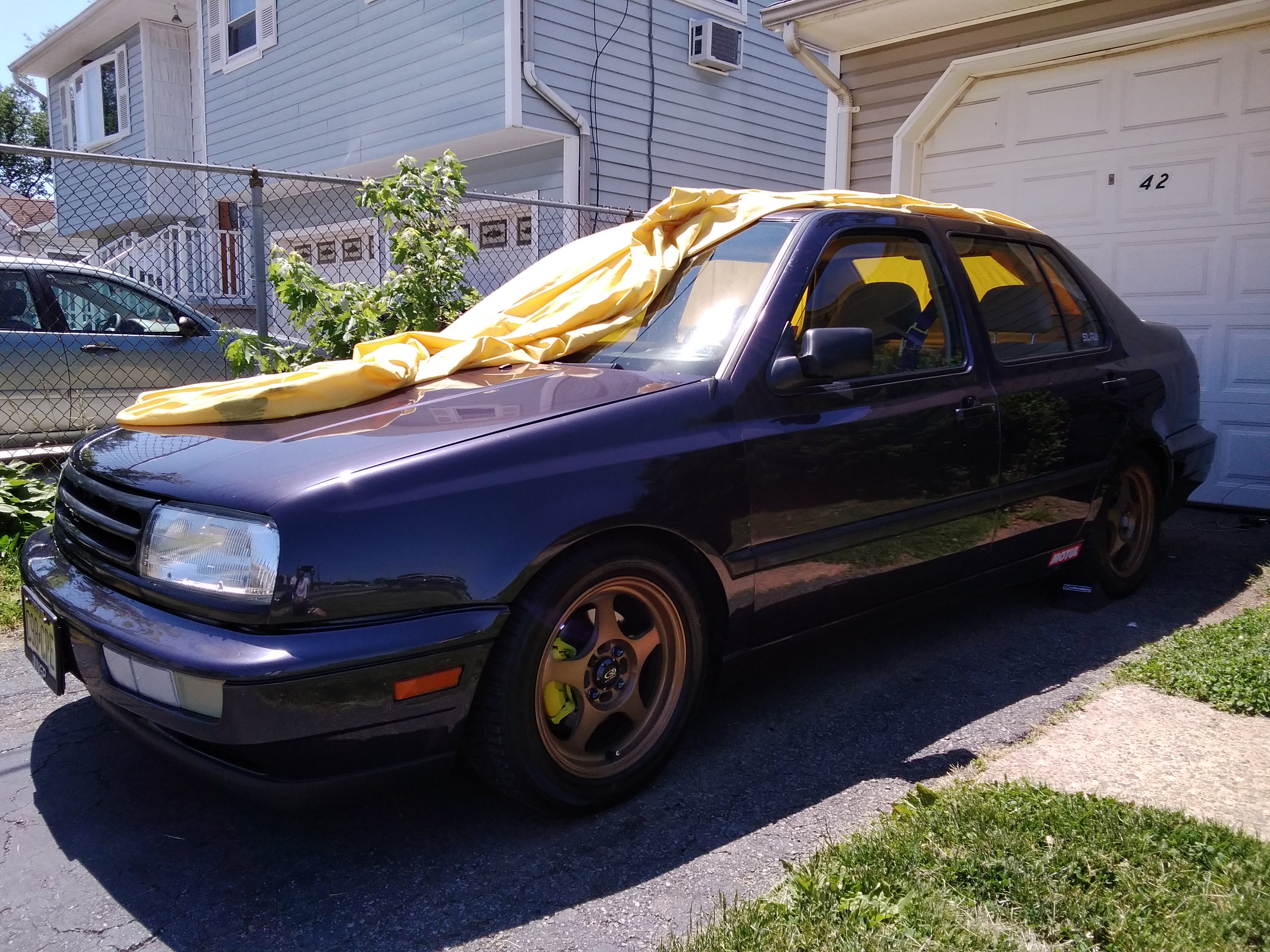 Favid, nice color scheme on the VW! Is that a factory color?

See my post below. Should've been a reply to you! But Paddy alright too!(LOL) Love this site! One of the "best" if not THE best on the entire web! Keep up the great work guys.

It's David from New Jersey. Man it is hard typing on my tablet. Computer down at the moment. Favid is my twon brother.(Just kidding!) Typo. Yeah that is a factory color. Dusty mauve. LC5P paint code. Had it 25 years this month. Love it to death. Just put new front brakes(Akebono/Stop Tech/Motul) on today. Has NGP built motor, $10K body work and paint. Only have 9K on clock since engine rebuild. Your GTI is looking awesome! Keep up the great work! Love SH!

maybe of topic but you mentioned mountain biking and I wanted to know what do you use to take it to the mountain. I recently bought an MKv and have been folding the back sits down and taking my front tire off. any recommendations?

I've been doing the same, but having to remove both wheels (27.5) but I have a Seasucker Talon on order with a 15mm thru-axle adapter.

TBH, would prefer not to have the bike inside the car if I can.

I really don't like having my bike inside the car but I am afraid that a hitch will make contact with the road and do not like the look of roof racks. Those suction cups though, had not seen them before. That is probably the way to go

I had the same thought process as you; can't fit a hitch, don't want roof bars on the car. This was the video that helped me decide - https://www.youtube.com/watch?v=LeYC9y-QOIE

I'm a old Ford F150 guy.......but them GTI's that set down on there tires them are some koolass looking cars no matter what year the GTI. EM I RIGHT

Project GTI is the Perfect Dream car for me.
2door Hothatch, can do performance, daily driver and road trip car. Man I envy you.

I know I gave a hard time about the value of the Golf R on that article, but I LOVE THIS BUILD!

Shhhh, the adults are talking.

i really don't think TE37 is a good choice for VAG:(

"I still can’t find anything to replace it with that would warrant a significant financial outlay." - took the words right out of my mouth Paddy. 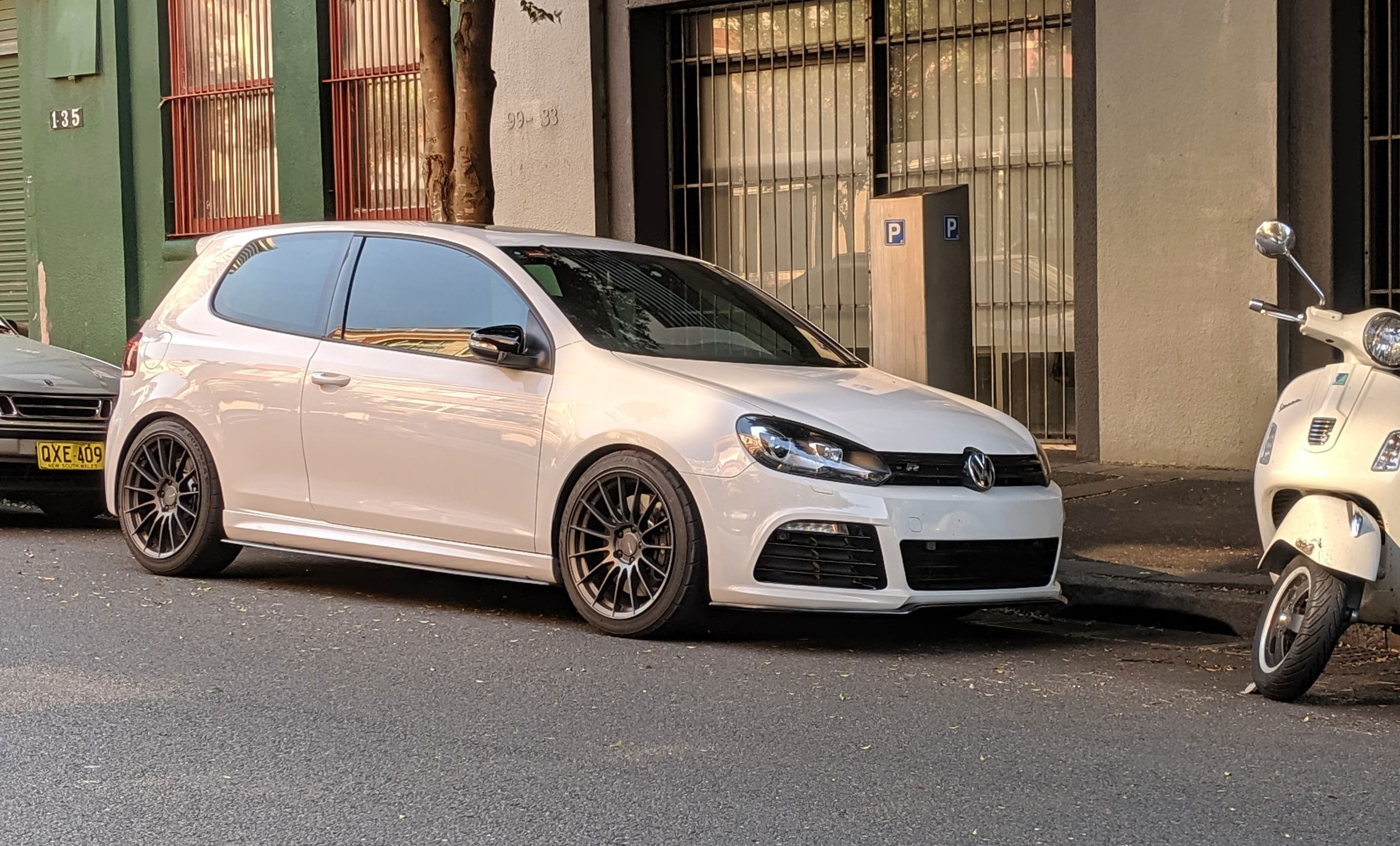